Steve Scalise, Nancy Pelosi, and a Return to Civility

Larry Kudlow
|
Posted: Jun 17, 2017 12:01 AM
Share   Tweet
The opinions expressed by columnists are their own and do not necessarily represent the views of Townhall.com. 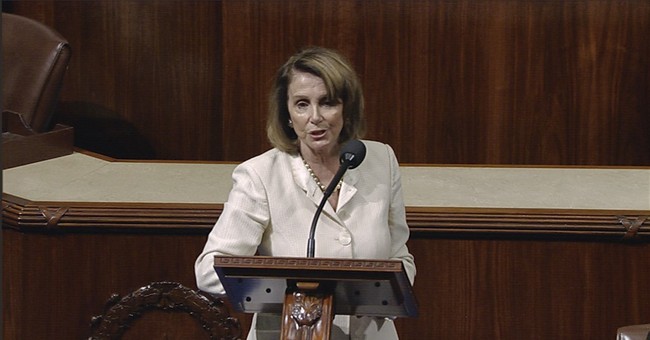 Sometimes terrible tragedies can bring us together, and I’m hopeful that somehow a lasting good will come out of the ballfield shooting in Alexandria, Va. Maybe even a rebirth of civility, which has virtually disappeared from politics, and perhaps our culture as well.

Representative Steve Scalise, fighting it out in a hospital in Washington, is an old friend of mine. I watched as he rose through the House ranks to become whip. Like everyone else, I’m praying for his full recovery. He’s a wonderful man.

And like most everyone else, I was happy to hear President Donald Trump talking about unity in the wake of the shooting. He said, “We are strongest when we are unified and when we work together for the common good.”

I can say the same for Speaker Paul Ryan, who true to form spoke beautifully and passionately from the House floor, saying, “I ask each of you to join me in resolving to come together.” He emphasized, “An attack on one of us is an attack on all of us.”

But I want to put a spotlight on one person who really surprised me with her unexpected remarks. She got me thinking -- praying -- that maybe, just maybe, some lasting good will come out of this tragedy.

Nancy Pelosi also spoke on the House floor in the hours after the shooting. She said her prayers were with Scalise, the Capitol Police, and the Hill staffers hit on that ballfield.

And she said much more.

She said, “You may not know this, my colleagues, but every time I pray, which is very frequently, and certainly every Sunday, I pray for all of you. All of you, together.”

She told her colleagues, “In the earlier years I used to pray for your happiness, for the fact that we would work together.”

She said she would “heed the words of President Kennedy in the closing of his inaugural address, when he said . . . ‘God’s work must truly be our own.’”

That’s a central theme in my book, written with Brian Domitrovic, JFK and the Reagan Revolution. Reagan and Kennedy were civil in public as they sought to persuade, not smear, their opponents. And they both reached across the aisle to achieve their policy goals.

It’s something we need to return to -- desperately. And Nancy Pelosi spoke in that spirit.

To listen to others.

For a long time I have been talking about the need for a rebirth of civility. We cannot continue the meanness, personal slurs, and polarizing attacks, all of which are doing great harm to America.

And now, sparked by tragedy, Nancy Pelosi seems to have said: Let us come together. Let us have civility in our discussions. Let us have a sense of humanity. Maybe even a sense of caring. Let us pray for ourselves and the rest of the country. Let’s do this together.

And she said even more: “And pray for Donald Trump, that his presidency will be successful and that his family will be safe. Because it is about family.”

When did you ever think you would hear Nancy Pelosi say that? It was a welcome surprise.

No, I’m not here to defend her politics. I’m a conservative. She’s a liberal. I have my beliefs. She has her beliefs. The battle of ideas must go on.

But our tone, our style, our civility, our ability to listen -- it seems to me that that’s what’s been missing for so many years.

The blame is on all sides. It’s in the executive branch, the Senate, the House. No one in this game is clean. Let’s add the media and academia as well.

And the political divide is large -- across taxes, health care, and a whole raft of tough agenda items. I get that.

I’m just saying, if Nancy Pelosi, who has been in Washington a good long while, is coming out and speaking of unity, civility, and humility, it’s worth listening to.

Many of my friends disagree with this Pelosi kudo. Some believe I am hopelessly naïve. They may be right.

But right now, today, I choose to believe that Nancy Pelosi means for all of us to be calm, to be humble, to be civil, and to work together.

I’m praying for that, because if that’s the case, we will get important things done to help this country and each other.

Let’s hope, let’s pray, that something is changing here.