As Trump Unmuzzles the Economy, a Rosy Scenario Will Become Economic Reality

Larry Kudlow
|
Posted: Feb 28, 2017 12:01 AM
Share   Tweet
The opinions expressed by columnists are their own and do not necessarily represent the views of Townhall.com. 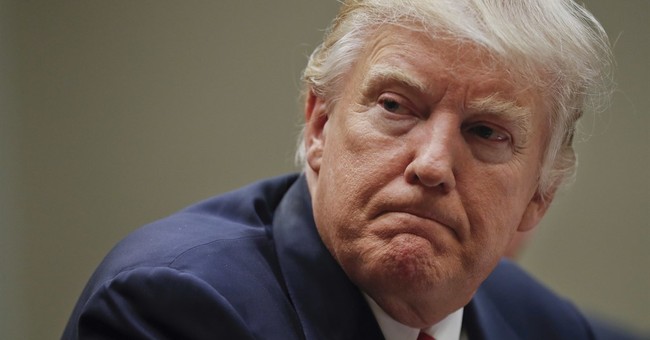 Virtually the whole world is beating up on the Trump administration for daring to predict that low marginal tax rates, regulatory rollbacks and the repeal of Obamacare will generate 3 to 3.5 percent economic growth in the years ahead.

In a CNBC interview last week, Treasury Secretary Steven Mnuchin held the line on this forecast. He also argued the need for dynamic budget scoring to capture the effects of faster growth. Good for him.

But what's so interesting about all the economic growth naysaying today is that former President Obama's first budget forecast roughly eight years ago was much rosier than President Trump's. And there was nary a peep of criticism from the mainstream media outlets and the consensus of economists.

But it turned out that actual growth ran below 2 percent during this period. Was there any howling about this result among the economic consensus? Of course not. It seems it has saved all its grumbling for the Trump forecast.

And what's really interesting is that the Obama policy didn't include a single economic growth incentive. Not one. Instead, there was a massive $850 billion so-called spending stimulus (Whatever became of those spending multipliers?), a bunch of public works programs that never got off the ground and, finally, Obamacare, which really was one giant tax increase.

Remember when Supreme Court Chief Justice John Roberts ruled that the health-care mandate was in fact a tax? But it wasn't just a tax. It was a tax hike. And added to that were a 3.8 percent investment tax hike, a proposed tax hike on so-called Cadillac insurance plans and yet another tax increase on medical equipment.

So eight years ago, tax-and-spend was perfectly OK. And the projection that it would produce a 4 percent growth rate perfectly satisfied the economic consensus.

Make sense? No, it does not.

So here's President Trump reaching back through history for a common-sense growth policy that worked in the 1960s, when President John F. Kennedy slashed marginal tax rates on individuals and corporations, and again in the 1980s, when President Ronald Reagan slashed tax rates across the board and sparked a two-decade boom of roughly 4 percent real annual growth.

One after another, Trump critics argue that because we've had 2 percent growth over the past 10 years or so, we are doomed to continue that forever. This is nonsense.

Most of them point to the decline in productivity over the past 15 years. They say that unless productivity jumps to 2.5 percent or so, and unless labor-force participation rises, we can't possibly have 3 to 4 percent growth.

In his widely read blog, Economics One, Taylor wrote one post titled "Take Off the Muzzle and the Economy Will Roar." He notes that bad economic policy leads to slumping productivity, living standards, real wages and growth.

We can see "huge swings in productivity growth in recent years," he says. "These movements ... are closely related to shifts in economic policy, and economic theory indicates that the relationship is causal."

He concludes, "To turn the economy around we need to take the muzzle off, and that means regulatory reform, tax reform, budget reform, and monetary reform." Well, aren't those exactly the reforms that President Trump is promoting?

Get rid of the state-sponsored barriers to growth. Then watch how these common-sense incentive-minded policies turn a rosy scenario into economic reality.