Faith in Free-Market Capitalism Is Being Rewarded 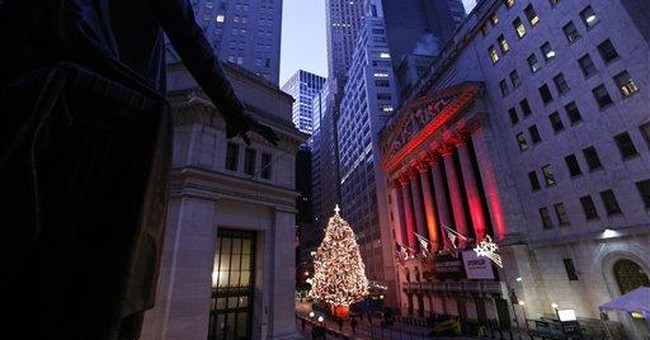 Despite the historic expansion of the federal government’s involvement in, intervention in, and control of the economy -- including Bailout Nation; takeovers of banks, car companies, insurance firms, Fannie, Freddie, AIG, GM, Chrysler, and GMAC; large-scale tax threats; overregulation; an attempted takeover of the health-care sector; ultra-easy money; a declining dollar; and unprecedented spending and debt creation -- despite all the things that would be expected to destroy the economy -- all this socialism lite and the degrading of incentives and rewards for success -- despite all this, the U.S. economy has not been destroyed.

In fact, it is coming back. In 2009, the stock market had one of its greatest rebounds in history. And in 2010, we’re likely to witness a mini boom in economic growth.

If you believe in miracles, as I do, this looks like a miracle. If you have faith in free-market capitalism, as I do, then somehow this faith is being rewarded by a more durable and resilient free-enterprise capitalism than many of us thought possible only one year ago.

If you believe in the supply-side model of growth, including low marginal tax rates, a reliable King Dollar, and limited government, yes, you have very little to cheer about. Yet market-based forecasting variables are all pointing to a stronger-than-expected economic rebound in the new year.

Stocks are signaling better economic growth. So is the steeply upward-sloping Treasury yield curve. So is the worldwide rebound in commodity markets. So is the collapse of credit-risk spreads in the bond market. Each of these market-based forecasting tools points to a significant recovery in 2010.

I’m calling it a “mini boom” because we’re likely headed toward 4 to 5 percent real economic growth. That’s not as good as the 7 to 8 percent boom that followed the similarly deep recession of the early 1980s. Then again, Reagan slashed tax rates and Volcker stabilized the dollar. That’s not happening now. Gold has jumped from around $700 to $1,100, signaling higher inflation in 2010 and even more price increases in 2011.

But we know from recent data on retail sales, personal income, corporate profits, industrial production, business investment, and jobless claims that the economic patient is healing.

The most recent release from the Chicago Purchasing Managers is boom-like, with the best gains in nearly four years being registered for business activity, production, new orders, and even employment. Meanwhile, the housing sector is stabilizing and consumer confidence is gradually improving.

The biggest source of economic stimulus is not the $800 billion Obama spending package. It’s the $4.6 trillion of capital gains thrown off by the stock market over the past three quarters. This is investment money, and it also enhances consumer spending. As a result, jobs are likely to start rising early in 2010.

The second-biggest stimulus is the Fed’s zero-interest-rate policy and ballooning balance sheet that has poured about $1.5 trillion into the economy. How the Fed exits from this remains to be seen. The longer it waits, the more inflation-prone the coming boom will be. So there’s a false prosperity here, or at least one that raises skepticism about the longer term.

And with marginal tax rates going up in 2011, the top 5 percent of successful earners and investors are going to bring their income forward next year in order to beat the tax man. That’s even more false prosperity.

But the fact remains that businesses large and small, along with family households, have performed the necessary belt-tightening and deleveraging corrections made necessary by the Great Recession and its bubbled-up speculations. These free-enterprise actions have led to great productivity in our mostly free economy. Again, the results will show in next year’s mini boom.

A political belt-tightening also has been taking place. The Tea Party movement came on the scene in 2009 to revolt against big-government spending, taxing, and controlling. This movement is so reminiscent of California’s Prop 13 tax revolt of 30 years ago, which led to the Reagan revolution. It may well be the backbone of an anti-Washington revolution in 2010, ushering in a much more conservative Congress and a chastened Obama White House.

It remains to be seen whether this political revolt can stop the big-government assault on free enterprise. But I have as much faith in the political markets turning the ship of state around as I have in rising year-end Treasury bond-market rates forcing the Bernanke Fed to shape up and ship out of its wild money-printing ways.

In other words, free people and free markets have always been the best guarantors of American economic growth. Because I believe this, I am an optimist going into the new year.