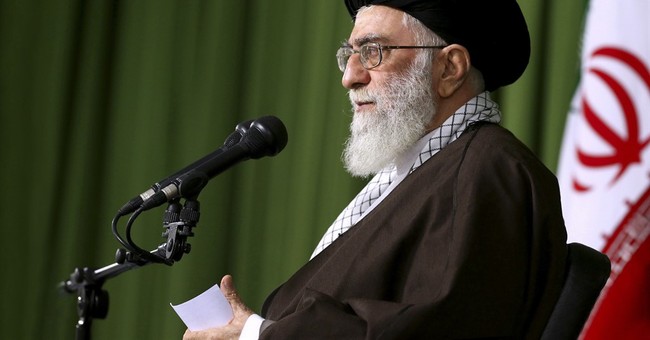 Ambassador Oren’s life story is worth noting. He was born in the U.S. to a Jewish-American family. Yet he chose to immigrate to Israel, with his long-range goal of becoming Israel’s ambassador to America. He rewards his reader with privileged information regarding America’s and Israel’s on-going war with militant Islam while he makes clear his devotion to both countries.

Oren reports that on October 11, 2011, Netanyahu informed him by phone of a foiled plot to bomb the Israeli Embassy in Washington D.C. The terrorists had also targeted Saudi Arabia’s ambassador, Abdel al Jubeir, planning to murder him with a bomb while dining at his favorite restaurant, Café Milano. In a scene that could have been plucked from a John Clancy thriller, a U.S. undercover agent penetrated the ring and posed as a member of a Mexican drug cartel who the Iranian Government thought it was hiring to carry out the attacks. The intrepid agent asked the ringleader, Iranian-American Manssor Arbabsiar, if he cared about the innocent patrons who would also be killed at the Georgetown popular bistro, “They want the guy done,” Arbabsiar said, “and if a hundred go with him, fuck ‘em”

As Oren writes, the “they” Arbabsiar was referring to was Iran’s most elite terrorist force, al Qods, which, to this day, is in charge of the Iran’s “overseas operations” and is widely known to report directly to the Supreme Leader. The payment for the attacks of $1.5 million was to be passed from the regime to an Iranian American used car salesman, Arbabsiar, and on to the hitmen working for the drug cartel.

Fortunately the plot was foiled just before it was to commence and Arbabsiar and another Iranian accomplice arrested. Eventually they pled guilty and divulged much of the above. Incredibly, now this incident (which should have been history-changing) is such common knowledge that here is some of what can be found on Wikipedia:

According to the complaint, Arbabsiar told agents that he was "recruited, funded and directed by men he understood to be senior officials in Iran's Quds Force," including his cousin who he had "long understood to be a senior member of the Quds Force." Arbabsiar claimed he had met several times in Iran with Shakuri (his cousin) and another senior Qods Force official where they discussed blowing up a restaurant in the United States frequented by the Ambassador and that numerous bystanders could be killed.

In early October 2011, according to the complaint, Arbabsiar made phone calls at the direction of law enforcement agents to Shakuri in Iran that were secretly monitored. During these phone calls, Shakuri allegedly confirmed that Arbabsiar should move forward with the plot to murder the Ambassador and that he should accomplish the task as quickly as possible, stating on 5 October 2011, "just do it quickly, it's late..."

Investigations by the FBI disclosed that money had been wired from a Quds Force bank account, and that Arbabsiar correctly identified a known Quds Force officer…

… On 24 October 2011, Arbabsiar at first pleaded not guilty, but later changed his plea to guilty.

Oren adds some additional little known-facts: Iran was selling drugs internationally (that is, partnering with drug cartels) laundering the profits through Iranian-sponsored used-car dealerships and, by late 2011, had financed terrorist attacks in twenty-five cities around the world…including America’s capital. As he puts it, “Such brazen aggression should have precipitated an instant military response.”

Instead, President Obama called the Saudi king, not Netanyahu, telling him, “This plot represents a flagrant violation of fundamental international norms, ethics, and law.”

A rational non-progressive observer might logically have countered Obama’s insipid phone call to the Saudi King by saying, “No Mr. President, it represents a major act of war, albeit one that was thwarted, no thanks to you.”

As backdrop to this attempted attack, it’s also important to note that acts of war had been continuously committed against the U.S. by Iran since 1979, when it took over our embassy in Tehran. These acts of war have included 1983 bombings of the U.S. embassy and Marine Barracks in Beirut, the 1996 bombing of the Khobar Towers in Saudi Arabia which killed 19 Americans, and the hundreds of Americans killed in Iraq by Iranian supplied IED’s.

Given his reaction to the thwarted attacks aimed at blowing up whole buildings in America’s capital, Oren asks the question—if Obama will not go to war with Iran over a foiled attack a few blocks from the White House, is he going to deliver a knockout blow on the Iranian nuclear sites, six thousand miles away? Oren correctly concluded—obviously not.

So what was Obama’s delusional thinking which led him to steadfastly want to make his nuclear deal with Iran, a treaty that threatens Israel’s existence and the American homeland with new more spectacular attacks and or nuclear blackmail? In speaking with administration insiders, Oren was able to learn that Obama had decided to settle for capping Iran’s ability to make a nuclear weapon down to one year.

In his irresponsible quest to disengage the U.S. from any and all military involvements in the region, he regarded Iran as the ascendant power, unlike the disunited Arabs and the “trouble-making Israelis.” And he believed that the ascendant Iranians could assist America in resolving regional conflicts. Further, he believed Iran’s radical brand of Islam could be mitigated with “sufficient American goodwill.”

Obama told Jeffry Goldberg, his go-to journalist on issues of Jewish concern, “the Iranians have their worldview, and they see their interests, and they respond to cost and benefits…(they) are not North Korea.”

Obama’s reference to North Korea is particularly damning because, Wendy Sherman, Obama’s Under Secretary of State, steadfastly assured Oren and his team that the Obama Administration had “Israel’s back” and that it had a “constant squeeze on Iran’s major economic artery.” Oren writes, “Sherman presided over the 1994 Framework Agreement on North Korea’s nuclear program. This “good deal” as President Clinton called it, was based on nuclear inspections, and made the world safer. Eight years later, North Korea exploded its first nuclear weapon.”

Today North Korea does threaten the West Coast of the United States with a nuclear attack. As Lee Smith of the Weekly Standard puts it, “The problem, as always with Obama, (and I would say, the liberal mind set) is the world doesn’t work the way he thinks it does. It’s not a chess game…his grand theory exposed to reality is shattering on contact.”