Larry Hart
|
Posted: May 15, 2018 12:01 AM
Share   Tweet
The opinions expressed by columnists are their own and do not necessarily represent the views of Townhall.com. 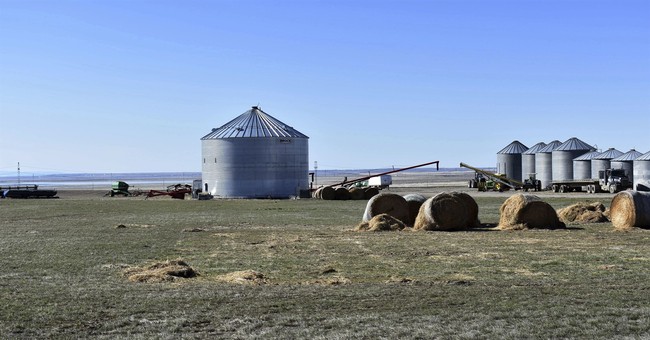 80 years ago President Franklin Roosevelt signed into law the Agricultural Adjustment Act that established market allotments for sugar, setting legally-binding limits on the amount of sugar every cane mill and beet processor can sell each year.  Since then we have gone from prop planes to Moon landings and Mars Rovers, from box radios to iPhones, from the telegraph to email and from the Yellow Pages to websites. Throughout the last century, we’ve seen great advancement and much of this has come from a thriving private sector and a largely hands-off approach from government, but just like the “fall of the Berlin Wall” did not end socialism, years of U.S. Agriculture policy have still favored an anti-free-market approach to Sugar policy.

In fact, much of our farm policy is based on New Deal style subsidies and mandates.  In recent years, there has been an effort to make some reforms, such as eliminating direct payments in favor of increased crop insurance.  But sugar policy is stuck in a time warp and marketing allotments are only one part of what is arguably the most regulated crop in the country and the result is costly to American consumers who have to pay inflated prices for sugar.

After marketing allotments, we have price supports that enforce a minimum price for sugar in the U.S. domestic market, assuring that our domestic price is well above the world price.  In 2017, the U.S. refined beet sugar price of 31.3 cents per pound was 60% higher.  But that’s not all.  There is also an import quota on every one of 40 countries that have exported sugar to the U. S. any time over the last 30 years.  Go over the quota and pay a prohibitive tariff.

Finally, there is the Feedstock Flexibility Program, perhaps the most absurd of all and only added in 2008.  When there is a surplus, the government must buy sugar and sell it to ethanol plants at a loss.    The result is that the taxpayers who have to pay higher prices are also footing the bill for this transaction.

The obvious solution is just to eliminate the program.  A free market for sugar could only be a benefit to the vast majority of Americans.  Politics and the Congress being what it is, the next best solution is encapsulated in the Sugar Policy Modernization Act, sponsored by Virginia Foxx (R-NC) in the House, Pat Toomey (R-PA) and Jeanne Shaheen (D-NH) in the Senate and a bipartisan list of co-sponsors in both Houses.

The best part of this legislation is the simplest part:  It eliminates both the 1938 marketing allotment program and the 2008 Feedstock Flexibility Program which is almost impossible to defend.  After that, it gets complicated but major reforms are made to both price supports and import quotas.

To be clear, the Foxx amendment doesn’t accomplish everything conservatives would want in reforming the U.S. Sugar Program, but it is critical to take the first step in achieving real change to the policy. While price support loans will continue, changes are made to assure there will be no net loss to taxpayers, a promise of the original program that has been broken over the years.  Loan rates that still reflect a disastrous year for defaults in 2013 will be reset to historical levels and if processors fail to repay government loans, sugar processors will be required to reimburse taxpayers for any net costs, with the expectation that this will truly become a “no net loss to taxpayers” program.

Other key reforms include a stated policy to provide adequate supplies of sugar at reasonable prices, instead of the current design made to squeeze supplies to keep prices up.  In addition, the US Department of Agriculture (USDA) will no longer be under restrictions to administer imports during the sugar marketing season. The Foxx amendment also hits at “phantom quotas,” requiring that the amount of sugar allowed under a quota be shipped and, if not, allow other countries to ship.

During the last go-around on a farm bill in 2013, some conservative groups, including the American Conservative Union, latched on to legislation that, while opposing sugar quotas in principle, postponed any change in the program until other countries, such as Mexico, reformed their own programs of quotas and subsidies.  Whatever merit may have existed in that tactical approach five years ago, it turned out to be a useless exercise and there is now a united front in support of reform legislation and to bring our sugar policy kicking and screaming into the 21st Century.