The Left's Battle Against 'Inequality'

Larry Elder
|
Posted: May 23, 2019 12:01 AM
Share   Tweet
The opinions expressed by columnists are their own and do not necessarily represent the views of Townhall.com. 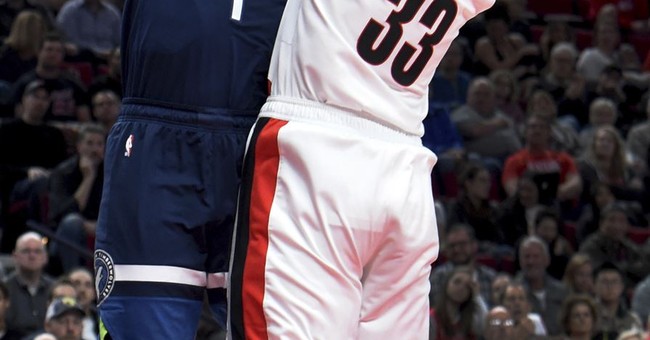 In his book "Discrimination and Disparities," economist Thomas Sowell notes that a disproportionate percentage of first-born siblings become National Merit scholars compared to siblings born later, presumably because the first-born starts life with no sibling competition for parental attention. This, says Sowell, illustrates the absurdities of expecting equal results when equal results do not even occur within the same family among siblings raised under the same roof with the same parents.

When I was growing up in South Central Los Angeles, one of my closest friends was "Paul." We met in the second grade and attended the same elementary school, middle school and high school. Not only did we take many of the same courses with the same teachers, our houses were identical.

When I first invited Paul to my home, about a half-mile from his, he was astonished. "Whoever built your house," he said, "built mine, too." He was right. When I visited his house, I found that the only difference was that my house had one tiny additional window that his did not. Same schools. Same teacher. Same neighborhood. Same house design.

Paul was a gifted athlete. Name the sport, he excelled. He was a starting pitcher for the baseball team, the starting shooting guard for the basketball team and the starting quarterback for the football team. He picked up a tennis racquet, hit balls against a backboard for a few weeks and then made the tennis team.

His parents were divorced, making Paul one of the few kids in the neighborhood at that time to come from what my parents called a "broken home." Paul saw his dad infrequently. He rarely spoke about him. When he did, it was not positive.

Paul had a problem with anger. For the smallest offense, he could tell someone off, friend or foe, sometimes even his basketball coach. One time, after Paul came late to practice again, his basketball coach threatened to bench him the following game. Paul barked back, "Either I play or we lose." He played. They won.

When the coaches from major colleges came to see Paul play basketball, his best sport, they were impressed. But then they asked the high school coach about Paul's character, whether he was "coachable." Paul's coach, concerned about maintaining his reputation with college coaches, told the truth. Paul, he said, was a "coach killer." Bye-bye, Notre Dame. Bye-bye, Duke. Bye-bye, UCLA.

Paul ended up going to a small local college, not known for basketball. Did he double down, get better in hopes of transferring to a powerhouse basketball school? Hardly. Paul sulked, blamed racism and spent his first year of college playing basketball halfheartedly -- that is, when he wasn't smoking dope and opining on "the oppression of the black man in America."

I went off to college in the East. When I returned during the summer, I visited Paul, who by then had changed his name to "Jamal" to distance himself from the "slave" religion of Christianity. When I informed him that Arab slavers took more blacks out of Africa and transported them to the Middle East and to South America than Europeans slavers took out of Africa and transported to North America, he told me to stop reading "the white man's history." He insisted "racism" had wrecked his basketball career, a career he argued that, but for the racism he encountered, was destined for the NBA. "Paul," I said, "you and I lived in the same neighborhood, in houses designed by the same builder, went to the same schools, took the same classes, had the same teachers. Why didn't 'racism' stop me?"

When I was in law school in Michigan, I visited my aunt who lived in a suburb of Detroit. During one visit, a friend of hers stopped by. He was a black man, about 40 years old. He sat near my aunt and me as we discussed my law school classes. Suddenly, the man began to cry. I could not imagine what I'd said that could've caused such a reaction. "Sorry," I said, "did I say something to offend you?" He gathered himself. "No," he said. "I wanted to go to law school and become a lawyer. But I got sidetracked with 'jackassery,' hung around with a bunch of knuckleheads and just wasted my time."

It doesn't have to be like this. My father always told my brothers and me the following: "Hard work wins." "You get out of life what you put into it." "You cannot control the outcome, but you are 100% in control of the effort." And "before you complain about what somebody did to you, go to the nearest mirror and say to yourself, 'What could I have done to change the outcome?'"

And finally, my dad said: "No matter how good you are, bad things will happen. How you respond to those bad things will tell your mother and me whether or not we raised a man."