Black Motorists Lying on Cops -- Who's Doing the 'Racial Profiling'?

Larry Elder
|
Posted: Jun 07, 2018 12:01 AM
Share   Tweet
The opinions expressed by columnists are their own and do not necessarily represent the views of Townhall.com. 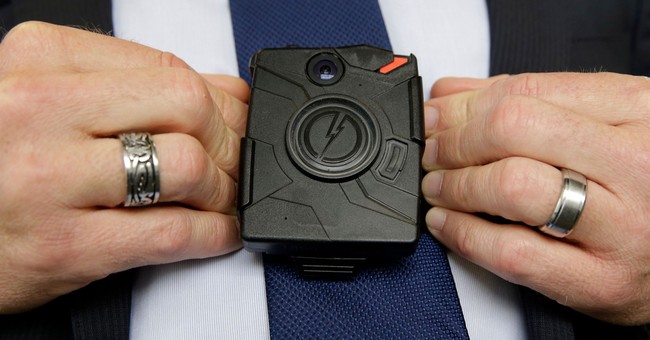 First, in Timmonsville, S.C., local NAACP President the Rev. Jerrod Moultrie put up a lengthy post on his Facebook page: "Tonight, I was racially profiled by Timmonsville Officer CAUSE I WAS DRIVING A MERCEDES BENZ AND GOING HOME IN A NICE NEIGHBORHOOD." The reverend claimed the officer told him, "I am doing you a favor tonight not taking you to jail or writing you a ticket."

Timmonsville Police Chief Billy Brown said Moultrie contacted him the next morning with his accusations of racial profiling and mistreatment. "He made a comment that the officer accused him of having drugs in the car," said Brown. "He said that his wife and grandchild was in the car. He asked them not to move because the officer looked as if he might shoot them or something. He also made mention that the officer continued to ask him about his neighborhood. Why was he in that neighborhood? And (threatened) to put him in jail in reference to something dealing with the registration to the vehicle."

But Chief Brown reviewed the body cam video of the four-minute traffic stop. It showed a very polite officer explaining he pulled the car over for failing to signal a left turn and reminding the occupants to wear their seat belts. Brown said: "When I saw the video, I was shocked that someone who is supposed to be a community leader, a pastor, and head of the NAACP would just come out and tell a blatant lie. It bothered me. It really bothered me, thinking about the racial unrest it could've cost in the community and it's just troubling to me that someone who held a position like that would come out and just tell a lie." The Rev. Moultrie removed his original Facebook post, and refused further comment.

Second, a black South Carolina woman said she had a "traumatic experience" in Virginia when pulled over for speeding and "threatened" by a "white cop." Dawn Hilton-Williams posted an 11-minute Facebook Live video accusing a Brunswick County Sheriff's Office deputy of racism after she was ordered to sign a summons asking her to appear in court or prepay a traffic ticket.

"I have had a traumatic experience, and I want the people who are not African-American who know me to really get where we are coming from," Hilton-Williams says. "When I saw the police pull up behind me, the state trooper, I was immediately afraid. ...

"This is the area," she says, moving the camera to show the rural road. "In the middle of this kind of stuff. This is where I am, so it's not like I'm not afraid, because this is where we got lynched. ... Do any of my white friends ... feel like that when they get pulled over?" Hilton-Williams says the "bully" cop "threatened" to "pull her out" of the car for refusing to sign the ticket and was "degrading" her "as an African-American." Her Facebook footage -- taken right after she was stopped -- was widely shared.

But the body cam video tells a different story. The officer, addressing her as "Ma'am," explains he clocked her going 70 mph on a rural highway that has a 55 mph limit. Asked to sign the summons for speeding, she repeatedly refuses. The officer explains: "What you are signing here is a promise to come to court or a promise to prepay. It's not an admission of guilt. ... If you refuse to sign the summons, at this point, I'm going to have to get you outside of this car, I'm going to place you under arrest and take you in front of a magistrate. I will get your vehicle towed. ... You do not have a choice but to sign this summons. So once again, you're signing right there. So thank you. I knew you were going to sign it. Thank you very much. ... Have a very safe day."

Third, a viral post last week by civil rights "activist" Shaun King claimed that in Ellis County, Texas, a Texas Department of Public Safety trooper sexually assaulted a black woman, Sherita Dixon-Cole, following a traffic stop, then arrested her for driving while intoxicated. King wrote: "The officer first communicated to Sherita that he would be willing to let her go if she performed sexual favors for him, then proceeded to sexually assault her, touching her under her skirt," King said in an interview. But two days later, the TDPS released a nearly two-hour body cam video and issued the following statement: "The video shows absolutely no evidence to support the egregious and unsubstantiated accusations against the Trooper during the DWI arrest of the suspect. The Department is appalled that anyone would make such a despicable, slanderous and false accusation."

When a cop is caught on tape mistreating a suspect, many say, "Imagine what would've happened had this not been filmed by a civilian with a smartphone." But this cuts both ways. How often do civilians falsely accuse police officers of misconduct?