Larry Elder
|
Posted: May 10, 2018 12:01 AM
Share   Tweet
The opinions expressed by columnists are their own and do not necessarily represent the views of Townhall.com. 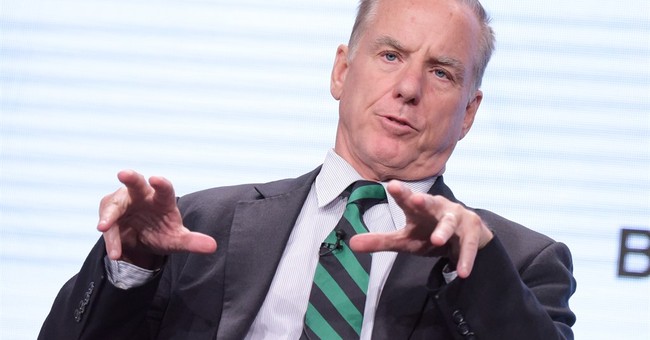 Hillary Clinton recently offered yet another reason why she lost her second consecutive race for the presidency: capitalism.

At the Shared Value Leadership Summit in New York City, Clinton was asked whether her self-proclaimed "capitalist" stance hurt her during the 2016 presidential primary season. "It's hard to know," she said, "but I mean, if you're in the Iowa caucuses and 41 percent of Democrats are socialists or self-described socialists, and I'm asked, 'Are you a capitalist?' and I say, 'Yes, but with appropriate regulation and appropriate accountability.' You know, that probably gets lost in the 'Oh, my gosh, she's a capitalist!'"

Clinton's right. Being a Democrat and a "capitalist" is an increasingly untenable position for a politician. Polls show that today's Democratic Party and capitalism appear to be on a collision course. A November 2015 New York Times/CBS News poll found that 56 percent of Democratic primary voters said they held a positive view of socialism. A Morning Consult/Politico survey in June 2017 asked if a hypothetical replacement for House Minority Leader Nancy Pelosi should be a socialist or capitalist. More Democrats opted for socialism, with 35 percent saying it's somewhat or very important that her replacement be a socialist, while only 31 percent said the same for a capitalist.

Indeed, one of the Democrats' loudest voices, filmmaker Michael Moore, recently praised Karl Marx, the ideological godfather of communism. Moore tweeted: "Happy 200th Birthday Karl Marx! You believed that everyone should have a seat at the table & that the greed of the rich would eventually bring us all down. You believed that everyone deserves a slice of the pie. You knew that the super wealthy were out to grab whatever they could. ... Though the rich have sought to distort him or even use him, time has shown that, in the end, Marx was actually mostly right & that the aristocrats, the slave owners, the bankers and Goldman Sachs were wrong... 'Happy Birthday, Karl Marx. You Were Right!'" Tell that to the millions who died under communist repression in, among other places, China, the Soviet Union and Cambodia.

Perhaps no issue reflects this socialist view more than the Democrats' push for "single-payer" health care. As a state senator, Barack Obama said: "I happen to be a proponent of a single-payer, universal health care program. I see no reason why the United States of America, the wealthiest country in the history of the world, spending 14 percent of its gross national product on health care, cannot provide basic health insurance to everybody. ... A single-payer health care plan, a universal health care plan. That's what I'd like to see. But as all of you know, we may not get there immediately." A few years later, then-presidential candidate Obama reiterated his stance, that if "starting from scratch" he'd have a single-payer system.

Former Democratic National Committee Chairman Howard Dean called the so-called "public option" the end game: "I think while someday we may end up with a single-payer system, it's clear that we're not going to do it all at once, so I think both candidates' (Hillary Clinton's and Obama's) health care plans are a big step forward."

Former Senate Democratic Majority Leader Harry Reid also said that he, too, wants to get to "single-payer." The Las Vegas Sun reported in 2013: "In just about seven weeks, people will be able to start buying Obamacare-approved insurance plans through the new health care exchanges. But already, Senate Majority Leader Harry Reid is predicting those plans," wrote the Sun, "and the whole system of distributing them, will eventually be moot. ... 'What we've done with Obamacare is have a step in the right direction, but we're far from having something that's going to work forever,' Reid said. When then asked by panelist Steve Sebelius whether he meant ultimately the country would have to have a health care system that abandoned insurance as the means of accessing it, Reid said: 'Yes, yes. Absolutely, yes.'"

The "you didn't build that" left does not recognize the relationship between prosperity and allowing people to keep what they produce to the fullest degree possible. By the end of eight years under President Obama, according to the conservative Heritage Foundation, we had less "economic freedom." The United States' score on "economic freedom" -- which looks at taxes and regulations, among other criteria -- dropped to its lowest level in the 23 years since Heritage began publishing its annual rankings of 180 countries. It is no coincidence that this loss of economic freedom under Obama helped produce the worst American economic recovery since 1949.

Last week brought more good news for Democrats. A Rasmussen poll found that nearly half of American likely voters support a guaranteed government job for all. This is likely to become a central presidential campaign issue for Democrats in 2020. Democrats believe that there is a free lunch and that capitalists are stopping them from eating it.