Trump Eviscerates the Liberal Media -- What Took So Long?

Larry Elder
|
Posted: Feb 23, 2017 12:01 AM
Share   Tweet
The opinions expressed by columnists are their own and do not necessarily represent the views of Townhall.com. 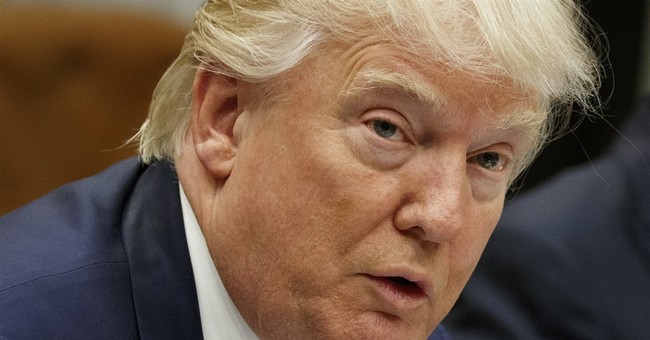 It was riveting. In his first solo press conference, President Donald Trump spent much of the hour berating the media for what Trump called anti-Republican bias and its relentlessly negative "tone."

It's about time. The liberal media has long been sticking it to Republicans.

In October 1992, during the presidential race between President George H. W. Bush and Bill Clinton, Investor's Business Daily found that over 90 percent of the economic news in newspapers was negative. At the time, the economy was well into a recovery, on its 19th consecutive month of growth. Yet much of the business news was sour.

The next month, November 1992, Bill Clinton won. Investor's Business Daily found that suddenly only 14 percent of the newspapers' economic news was negative, a dramatic decline in negativity and upswing in positive economic news.

ABC News' Peter Jennings, NBC's Tom Brokaw and CBS' Dan Rather anchored the nightly news for the then-"Big Three" networks on the first day in office of both Presidents Bill Clinton and George W. Bush. On Clinton's first day in office, he reversed a President Ronald Reagan policy forbidding the use of federal money for abortions. President Bush reversed Bill Clinton's reversal.

So how did networks cover each president's first day on their evening news broadcasts?

Peter Jennings and Terry Moran, ABC News, 2001: "President Bush begins by taking a tough line on abortion," said Jennings in a teaser for the story. Moran then reported: "One of the president's first actions was designed to appeal to anti-abortion conservatives (emphasis added). The president signed an order reinstating a Reagan-era policy that prohibited federal funding of family planning groups that provided abortion counseling services overseas."

Dan Rather, CBS News, 1993: "Today, with the stroke of a pen, President Clinton delivered on his campaign promise (emphasis added) to cancel several anti-abortion regulations of the Reagan-Bush years."

Dan Rather, CBS News, 2001: "This was President Bush's first day at the office, and he did something to quickly please the right flank (emphasis added) in his party: He reinstituted an anti-abortion policy."

The media routinely refers to the recession President Barack Obama inherited as the "great recession." But during the recession President Reagan dealt with, unemployment hit 10.8 percent, versus Obama's peak of 10.0 percent. During Reagan's presidency, prime interest rates hit 20.5 percent, and inflation, which was modest under Obama, averaged 13.5 percent under Reagan in the early '80s.

Reagan lowered taxes, continued deregulation and slowed down the rate of domestic spending. Obama, of course, did the opposite.

The left thinks that, as with Obama, President Franklin Delano Roosevelt's active intervention in the economy "rescued" it from the Great Depression. Many economists strongly disagree. William H. Peterson of the Heritage Foundation says, "The Great Depression sprang from three fatal mistakes -- the Fed's jacking up of money-supply growth in the 1920s, which fueled the stock market boom; the Smoot-Hawley Tariff of 1930, hiking import duties to their highest level in U.S. history and inviting deadly foreign retaliation against U.S. exports; and the Revenue Act of 1932, hiking the top income-tax rate from 24 percent to 63 percent."

In "Out of Work," a book about unemployment in 20th century America, economists Richard Vedder and Lowell Gallaway say, "The common interpretation is that this Depression, this misery, this inequality, reflected rigidities and imperfections in the markets for goods and resources. Yet the evidence we have presented is more consistent with a far different story. The market, particularly the critical market for labor, was prevented from operating in a normal fashion by the interventions of government. These intrusions turned a severe shock that started a recession into a major depression. Government failure, not market failure, was the problem."

Consider what Roosevelt's secretary of treasury, Henry Morgenthau Jr., wrote in his diary: "We have tried spending money. We are spending more than we have ever spent before and it does not work. ... I want to see this country prosperous. I want to see people get a job. I want to see people get enough to eat. We have never made good on our promises. ... I say after eight years of this Administration we have just as much unemployment as when we started and an enormous debt to boot!" Yet high school text books teach us that government spending, what the left today calls government "investments," pulled the economy for the abyss.

To reverse media bias, President Trump has his work cut out for him. But his press conference was a good start.