Larry Elder
|
Posted: Mar 03, 2016 12:01 AM
Share   Tweet
The opinions expressed by columnists are their own and do not necessarily represent the views of Townhall.com. 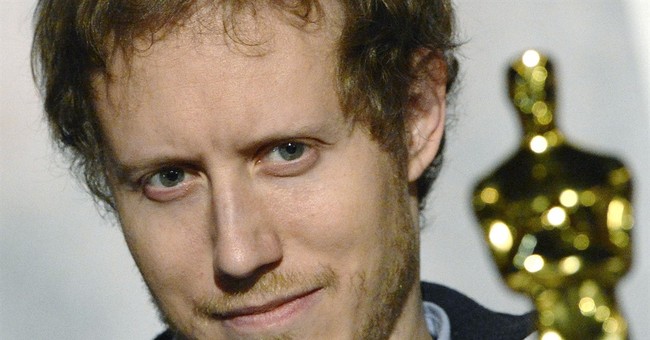 Trending
Last Sunday was Oscar night, where the leftism of Hollywood -- one-third of the "axis of indoctrination" -- is on its annual full display. (The other two-thirds are media and academia.)

The biggest surprise of the night was a lack of Donald Trump jokes, two at the most. Of course, there were zero sightings of Hillary Clinton or Bernie Sanders jokes.

Before the Oscar show, actor Will Smith and his wife, actress Jada Pinkett Smith, and director Spike Lee blasted the Academy of Motion Picture Arts and Sciences for its second consecutive year without major black Oscar nominees. Actress Whoopi Goldberg didn't support their Oscar boycott, but threatened to boycott going to "white films." On "The View," Goldberg said: "Boycotting doesn't work, and it's also a slap in the face of Chris Rock. ... So I'm not gonna boycott, but I'm gonna continue to b----, as I have all year round, because I'm tired of seeing movies where no one is represented except a bit of the population. ... You wanna boycott something? Don't go see the movies that don't have your representation. That's the boycott you want."

How's this for irony? Black Oscars host Chris Rock inadvertently exposed the hypocrisy of Goldberg's proposed personal boycott. Rock filmed interviews with inner-city black filmgoers, all admitting they hadn't seen the Oscar-nominated films, aka "white films." Filmed at a theater in Compton, a minority community just outside of Los Angeles, the interview montage shows blacks who, to a person, said they'd seen "Straight Outta Compton," a film -- supposedly overlooked by the Academy -- about the '80s rap group N.W.A.

But as to "Trumbo," or "Bridge of Spies" and other best picture nominees, not only had they not seen the films -- few appeared to have even heard of them. One woman questioned whether Rock was "making up stuff," since, as a self-described avid moviegoer, she had not heard of these movies.

The theme of this year's Oscars was that Hollywood lacked "inclusion." But while watching this year's telecast, one heard more foreign accents than at a grand slam tennis tournament. They were a number of foreign-born nominees and winners, including best director winner Alejandro Gonzalez Inarritu. And Spike Lee, who once said that he disliked interracial couples, received an honorary Oscar.

Oscar night also gave us other examples of Tinseltown hypocrisy.

Vice President Joe Biden appeared, received a standing ovation and requested that the audience "take the pledge" against sexual assault. Does this pledge apply to director Roman Polanski who, after being accused of statutory rape, fled America for France? Does it apply to Juanita Broaddrick, Kathleen Willey and Paula Jones, all of whom accused former President Bill Clinton of sexual abuse and accuse Hillary Clinton of attempting to intimidate them into silence?

Leonardo DiCaprio won for best actor, and subjected us to a plea about "climate change," which he called "the most urgent threat facing our entire species." He delivered the sermon in front of rich, gas-guzzling, jet-setting, carbon big-footed elites who talk the talk but don't walk the walk.

Director Adam McKay, who won the best adapted screenplay Oscar for "The Big Short," slammed Hillary Clinton -- not by name -- for taking contributions from Wall Street fat cats. He said, "If you don't want big money to control government, don't vote for candidates that take money from big banks, oil or weirdo billionaires." This perpetuates the wrongheaded and patently false narrative that cigar-smoking, blue-pinstripe-suit-wearing, greedy Wall Street manipulators brought down the American economy. Evil capitalists are the villains before this crowd of Hollywood leftists who live in a capitalist country and work in a highly competitive capitalist business.

One Oscar winner pronounced himself a "proud gay man." Blacks were proud to be blacks; Hispanics were proud to be Hispanics. But whites? Well, based on Chris Rock's opening monologue, which attacked whites for their racism, mass suicide might be appropriate.

No one bothered to name the names of the Hollywood bigots who engage in this so-called "exclusion." Exactly who is in charge of Hollywood's "institutional" or "structural" or "systemic" racism? Names would be helpful. Speaking of names, which of the "white" Oscar nominees were undeserving? Who received nominations instead of worthier black nominees? Again, how about some names?

As to Hollywood's presumed racism, do blacks have anything to atone for? After all, according to a 2013 Rasmussen poll, when blacks, Hispanics and whites were asked which group is most likely to be racist, all -- including blacks -- said blacks were the most racist.

But let's not spoil the evening.