Carson Seeks to Illuminate the “Civilization-Jihad” in Debate

Kyle Shideler
|
Posted: Jan 30, 2016 12:01 AM
Share   Tweet
The opinions expressed by columnists are their own and do not necessarily represent the views of Townhall.com. 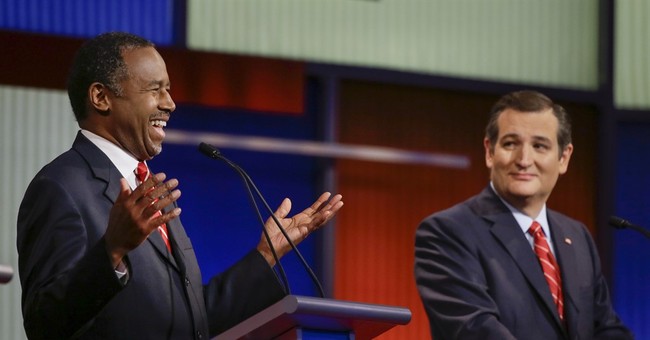 For those of us who focus daily on Islamist activities in the United States and threat they pose to both U.S security and constitutional freedoms, presidential candidate Dr. Ben Carson’s invocation at the Fox Republican Debate of the threat posed by “civilization Jihad” was a breath of fresh air following a series of primary debates which have in large measure devolved into discussions of which candidate has the most aggressive kinetic approach to Islamic terrorism. An approach that, 15 years after 9/11, has proven largely unsuccessful.

Carson referred specifically to the phrase, “civilization jihad” because it is mentioned in the document known as “the Explanatory Memorandum”.

Unfortunately the modern prime time television debate format does not seem to provide a useful platform for discussing complicated notions of long-term ideological conflict. Neither the Fox News moderators, nor the other candidates were willing or able to address the issue Carson raised substantively, and the moment passed.

But it’s worth examining this document, and the “civilization jihad” concept it invokes in greater detail.

The FBI uncovered the memo during a raid on the home of a suspected Hamas member, and it was entered into evidence in Holy Land Foundation Trial, the largest Hamas financing trial in American history.

Drafted in 1991, it’s author, a Hamas operative and high-level U.S. Muslim Brother named Mohamed Akram Adlouni, states his goal a synthesizing and explaining a plan of action approved by the Global Muslim Brotherhood in 1987 for the establishment of a Muslim Brotherhood-dominated Islamic Movement in America which would overturn the U.S. constitutional order and impose Shariah.  As an FBI affidavit succinctly puts it, “This document outlined in detail the US-:MB's plan

Adlouni wrote, “The Process of Settlement (That is, the establishment in America of an Islamic Movement, dominated by the Muslim Brotherhood) is a civilization jihadist process, with all that word means.”

As another well-established Muslim Brother and Islamic thinker Abdul Hamid Abu Sulayman described in the 1989 International Institute of Islamic Thought (IIIT) publication, “The Islamization of Knowledge”:

Unlike the past, the civilizational forces contending in this century can reach and overtake anyone without invasion or military occupation of his land. They can subvert his mind, convert him to their worldview, neutralize and contain him as a puppet whether he is aware of it or not. Certainly these forces are contending with one another to dominate the world. And it is the decision of Muslims today whether Islam will be the victor tomorrow, whether Muslims will be the makers of history or merely the objects. Indeed, a civilizational battle now in progress in the world scene will not leave anyone unscathed.

So in the view of Muslim Brotherhood thinker Abu Sulyman, civilizational conflict is principle a struggle of ideological subversion and ultimately conversion, It is not solely, or even principally a kinetic conflict. It’s telling that Adlouni includes Abu Sulyman’s IIIT among the list of Memorandum’s list of organizations.