Quebec’s Proposed Imposition of Blasphemy Laws Will Affect Us All 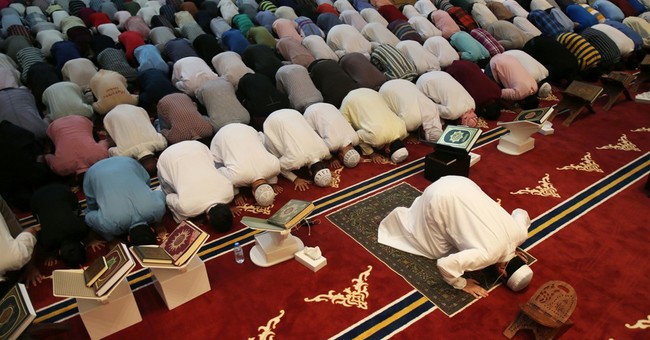 While Canada is currently in the throes of an early election, in the province of Quebec there’s growing debate over the future of free speech. The Quebec Parliament is currently debating whether to pass Bill 59, a bill that would grant the Quebec Human Rights Commission (QHRC) the authority to investigate so-called “hate speech”, even without a complaint being filed.

The Head of the QHRC, Jacques Frémont has already openly said that he plans to use such powers, “to sue those critical of certain ideas, ‘people who would write against … the Islamic religion … on a website or on a Facebook page’” according to Canada’s National Post.

The legality of the QHRC asserting jurisdiction over the entire Canadian Internet-using public is under debate, but the growing consensus in Canada appears to be that this bill is a step backwards.

In 2013, the Canadian parliament moved to end scrutiny of Internet speech by its Human Right Commissions when it abolished the infamous Section 13, of Canada’s Human Rights Act. The elimination of that odious and censorious clause followed a successful campaign given voice by Mark Steyn and Ezra Levant after the two were targeted for writings and publications which reportedly “offending” Muslims.

But like a zombie rising from the grave, the idea of censoring “blasphemous” speech, continues to come back, no matter how dead it may have appeared.

Marc Lebuis, the Director of Point de Bascule, which publishes research and information on the threat posed to Canada by Islamist organizations such as the Muslim Brotherhood, pointed out in his testimony before the Quebec Parliament that this resurrection is motivated in part by the Organization of Islamic Cooperation (OIC).

What Mr. Frémont did not tell Radio-Canada when he alluded to these UN resolutions on December 2, 2014 is that they originally came from the Organization of Islamic Cooperation, the OIC, that claims equivalence between hate speech, blasphemy, criticism of Islam and defamation of religions.

Lebuis is rightly aware that Quebec’s proposed law will not be applied uniformly just as Section 13 was not. In 2008, Lebuis filed a complaint against an Imam whose writings lauded beheading and exterminating homosexuals, denigrated Jews, and called for violent jihad in any place Muslims had the power to overthrow non-Muslim rule.

The Human Rights Commission declined to hear the case.

The effort to ban so-called criticism of Islam is not limited to Canada, and if the QHRC is successful in its gambit, similar efforts are guaranteed to spring up elsewhere, including in the United States.

As Deborah Weiss documents in her monograph, The Organization of Islamic Cooperation’s Jihad on Free Speech, the United States Department of State has played an outsized role in facilitating efforts by the OIC to encourage governments worldwide to impose criminal penalties for what the OIC considers blasphemy against Islam. Weiss writes:

Secretary [of State Hillary] Clinton asserted that the US would not push for the enactment of speech restrictive laws (at least for the time being) and she extoled the virtues of free speech. But she also proclaimed that the US advocates for other measures to achieve the same results. Those other measures included interfaith dialogue and the use of “good old fashioned techniques of peer pressure and shaming.”

It is not a great jump from “peer pressure and shaming” to implementing fines of up to $10,000, as the QHRC will be empowered to do under Bill 59.

For this reason free speech defenders, not just in Canada but also around the world, should rightly be concerned, and raise their voices in opposition to Quebec’s proposed bill and similar restrictions wherever they are proposed.