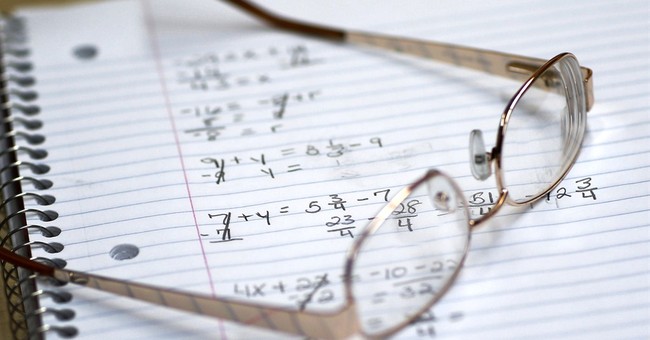 Some parents have had quite enough of the crazy, convoluted and sometimes error-filled Common Core math worksheets.

Deanne Knight is one of them, and she let her feelings be known.

Her daughter’s worksheet, which came from the New York Department of Education’s EngageNY lesson plan website and was emblazoned with “NY’s Common Core Mathematics Curriculum,” asks students to review a fictitious student’s work and circle the correct mathematical procedure.

The second portion of the lesson has students “fix the student work that was incorrect by making new drawings in the space below.” What follows is a series of long lines and circles – apparently adding up to the desired answer: 25.

Students are then supposed to write “a suggestion for improvement.”

At that point, Knight couldn’t help it. She wrote in large letters on her daughter’s worksheet: “Go back to basic math! – mom’s opinion!”

“This example of her homework really made me question what our state education system in New York is thinking. My child, let alone any 6-year-old, in my opinion, would be hard pressed to comprehend the question being asked,” Knight tells EAGnews.

“I was so dumbfounded by the question that I could not help but respond to the question with a grain of sarcasm and frustration.

“What happens if that one child who could potentially be the one who discovers a cure for cancer or other diseases fails to meet the standards? Do our educators direct that child into another field of work or a career that will never utilize their full potential?

“Many of our great advancements and discoveries have been brought to fruition because of innovative ideas and imagination! It seems as if creativity and imagination are being slowly destroyed and thought to be unnecessary. Where would we be if Common Core had been in play during the times of Thomas Edison or Alexander Graham Bell?”

Answer: probably waiting by candlelight for the next telegraph message.

The mom concludes, “I know her teacher is doing her best to teach all of her students and I don't find fault with her at all. She herself doesn't buy into the Common Core values but must teach to them in order to keep her job.”

Knight’s final statement should be all parents need to know about what Common Core is doing to teaching and learning.

Don’t think critically, but conform to the Common Core way.