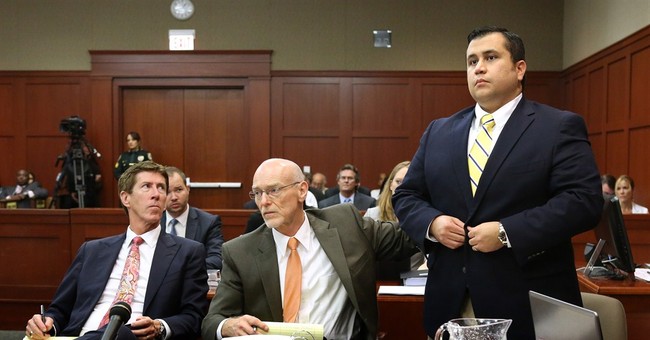 In the days following the Trayvon Martin incident, leftists were quick to spin it to their advantage: it was racially motivated, it was ALEC’s fault because that organization supposedly pushed “stand your ground” laws, it was proof that rampant white-on-black violence still exists.

The narrative pushed by the left was that Trayvon Martin was an innocent kid walking through a neighborhood and was targeted because of the color of his skin. One member of Congress even said he was “hunted down like a dog.”

Was he “hunted down”? We didn’t know. That’s one of the details that they’re trying to figure out at the trial of George Zimmerman. One certainty is that this is a confusing legal situation, and the courts should be allowed to do their jobs and determine how justice can best be served.

But the Left was moving as quickly as it could to convict George Zimmerman in the court of public opinion, long before the case went to trial.

It was the opportune time for activist teachers to push their own political beliefs in the classroom under the guise of current affairs lesson plans.

One such lesson plan, posted on the internet by Hassan Adeeb, a teacher in Waldorf, Maryland, compared the killing of Martin to that of Emmett Till, a 14-year old African-American who was killed in 1955 because he allegedly flirted with a white girl.

Adeeb produced a lesson that had students considering information from Think Progress, a leftist group, as well as commentary from Ed Shultz, an obnoxious MSNBC gasbag.

“As many people have stated and what MSNBC television host and political commentator Ed Shultz acknowledged is that ‘the Trayvon Martin killing could be the Emmett Till moment of our time,’” Adeeb wrote.

Was it? Who knows? Regardless of the facts, activist teachers moved quickly to spin the narrative in their direction to score political points.

Adeeb told NPR in March 2012 that his “students are extremely curious about the Trayvon Martin case. Yesterday, many of them basically engaged in silent solidarity by wearing hoodies.”

That sounds more like an activist’s agenda than an educator’s agenda.

An educator would have students watching the court proceedings before drawing conclusions about the case. But what fun would that be? How could liberal teachers get any spin out of that?

Activist teachers are doing a disservice to students by indoctrinating them with their own biased view of the world. The Martin case could be an excellent civics lesson if teachers would simply let students watch the trial, ask their own questions and form their own opinions.

That’s what education is supposed to be about.