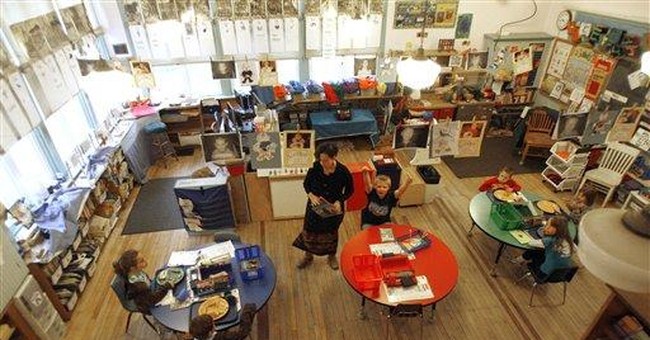 “Social Justice Week was created to promote community advancement through dialogue and community service based activism. Moreover, we hope to unify the voice of various JCP and community organizations in which to facilitate collaboration for the betterment of the community at large and promote a unified human rights advancement initiative.”

The school is, according to U.S. News & World Report, a Top 100 high school in the country. It’s one of the best of the best – the cream of the crop.

Yet the school’s focus appears to be bent on radicalizing the students through political activities devised by adult employees, EAGnews.org reports exclusively.

On Wednesday of Social Justice Week, Black Star Project, a Chicago-based community organizing group, was brought into the school to teach students about “non-violent” protesting. Led by Phillip Jackson, former “Chief of Education” under former Mayor Richard Daley, the discussion was focused on students fighting back against gun crime.

Black Star Project, according to its website, is funded by Open Society Foundations (i.e. George Soros), Best Buy, ING and Toyota Motor Sales, among others.

But Jackson apparently had no interest in discussing the issue of gun ownership with students and allowing them to come to their own conclusions. When one student disagreed with Jackson’s premise on the topic, her opinion was dismissed. The agenda is not to teach students how to think, but rather what to think.

Jackson's co-presenter, Camille Williams of the Peace in the Hood movement, made several inflammatory statements about gun ownership and the National Rifle Association. She claimed the NRA is indifferent to gun violence. She also asserted she has received emails from the NRA and/or its members claiming she is "going to hell" for her advocacy and "these porch monkeys deserved to die," referring to the students.

EAGnews.org contacted Jackson regarding these emails, wishing to make them public. We received no response.

Students simply thinking about issues is obviously not enough for Jackson. He strongly encouraged them to develop forms of non-violent protesting. “I’m not telling you to do it, but if you were going to,” he said, leading the proverbial horse to the water.

Jackson then offered the idea of creating a graveyard on the school lawn of headstones featuring the names of Chicago residents killed with guns.

It sounds as though Mr. Jackson was simply using the opportunity to recruit volunteers for his political mission. And that sounds more like indoctrination that education.

Do the parents of Jones College Prep students understand what’s going on? What about school leaders?

Coming tomorrow: A Jones dean says “times are changing” and that’s why Social Justice Week is good for students and adults. Also, what can adults do to harness all that “teenage angst”?