The Ruling Caste Only Cares About Abortion and Ukraine

Kurt Schlichter
|
Posted: May 11, 2022 12:01 AM
Share   Tweet
The opinions expressed by columnists are their own and do not necessarily represent the views of Townhall.com. 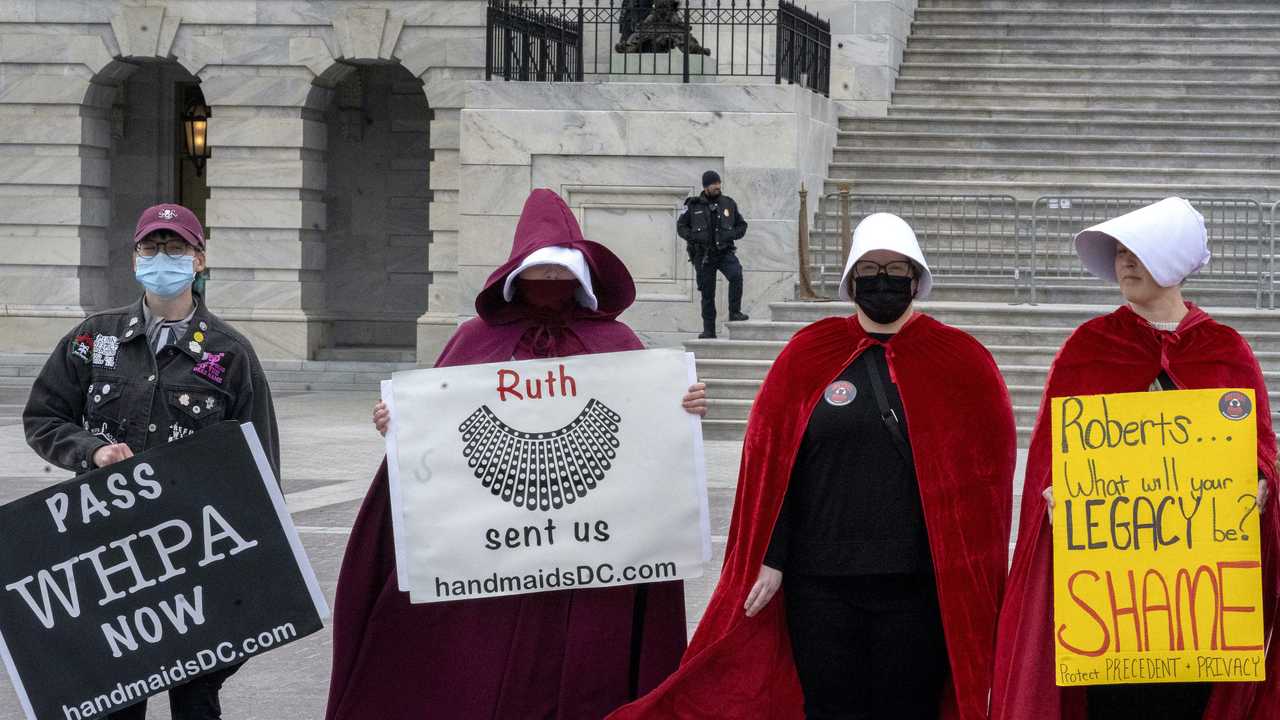 Have you noticed how pro-abortion lunatics always seem to have a Ukrainian flag in their usernames? Seems they are always cheerleading someone else dying for their convictions, be it a baby or some guy who likes vodka.

Here’s the thing about the likely Dobbs decision returning the regulation of abortion to the states where it belongs. Most of the people hellbent on wiping out fetuses are already living in Moloch-curious blue states that will ensure it’s always open season on babies. They are furious that it will not be A-OK in places they don’t live. They just can’t tolerate the idea that somehow, somewhere, an unborn infant might be safe.

The Democrats hope to mobilize their base with smart theories about how Clarence Thomas is going to lead the charge to outlaw interracial marriage. It’s unclear how much they actually believe this nonsense, or how much they accurately assess that many of their followers are drooling half-wits ready to invest in ideological magic beans. But the reality is that everyone who was going to vote on the basis of a deep-seated belief that children in the womb should have a crosshair painted on them were already going to vote, and they were already going to vote for Democrats. If your big issue is that there are just too many toddlers, well, you’re already committed.

But normal people are going to pull their SUV up to the pump and realize that’s $100 they will never see again, $100 that was $60 back during the nightmare era of mean tweets. And mean tweets will sound pretty good. Please Democrats, run with “This backbench Republican congressman will totally channel Trump” and a lot of even formerly-dubious voters will say, “Sounds pretty good to me.”

It's not just that their ideological fixation on making sure people can kill their kids practically up to kindergarten – after that, the kiddies presumably need to be kept alive so unionized perverted Democrat public school teachers can groom them – is morally bankrupt. It’s terrible strategy. People largely find the whole subject distasteful and want it to go away; Democrats can’t shut up about it and insist on screeching, threatening, and dressing like characters out of the feminist equivalent of Harry Potter, that stupid Handmaid book. I never thought I’d look back fondly on sensitive college girls reading Sylvia Plath and refusing to shut up about it, but here we are.

The fact is they are off-putting to normals with their focus on what most people see as a distraction from their daily lives. Similarly out-of-touch is the focus on Ukraine. Now, I trained Ukrainian soldiers and I support the people fighting to clear off an invader, but this is becoming a circus. In one weekend, we have Justin Trudeau, Dr. (sic) Jill, and even Angelina Jolie all show up to walk around and be seen being there. Even freaking Bono popped in for an impromptu duet. It’s ridiculous.

And the libs of Twitter have copped the same fashion cue. They now all sport a Ukrainian flag in their username, demonstrating their excitement at other people fighting to the death. But again, is this America’s big issue?

Americans probably generally hope the Ukrainians throw the invaders off their soil. Note that the key word is “Ukrainians.” Very few Americas want to intervene in this Slavic slugfest, which has causes and issues none of us understand and that we frankly don’t need to understand. It’s not our fight. But it seems to be the progressives’ fight. The cynical among us – also known as those who have been awake for the last decade – might note that a lot of establishment types seems to have big investments in Ukraine. But, of course, it would be crazy talk to suggest that our ruling class betters might want to interfere in a foreign dispute to protect their own grubby interests.

Yeah, that would be crazy.

But what this adds up to, besides a problem for the country, is a problem for the Democrats in the midterms and the 2024 election as well. The progressives are fixated on things that are just not priorities to regular Americans. Normals are concerned with crime and inflation. The Democrats don’t care – they want to focus on their fashionable causes like infant extermination and the Donbas donnybrook because those causes actually reflect upon themselves. It's narcissism politics. These causes don’t help Americans. These causes allow the progs to preen to each other, because that’s really what modern American progressivism is – a circle of self-pleasuring masquerading as a political movement.

They will get creamed in November and deserve it.

Go pre-order my next non-fiction book, We’ll Be Back: The Fall and Rise of America, which owns the libs as it discusses all sorts of terrible scenarios that America might well face. National divorce. Civil war. Barren wine women. And don’t forget my Kelly Turnbull series of conservative action novels. The latest is The Split, but get all these action-packed bestsellers, including People's Republic, Indian Country, Wildfire, Collapse, and Crisis!