Kurt Schlichter
|
Posted: Apr 14, 2021 12:01 AM
Share   Tweet
The opinions expressed by columnists are their own and do not necessarily represent the views of Townhall.com. 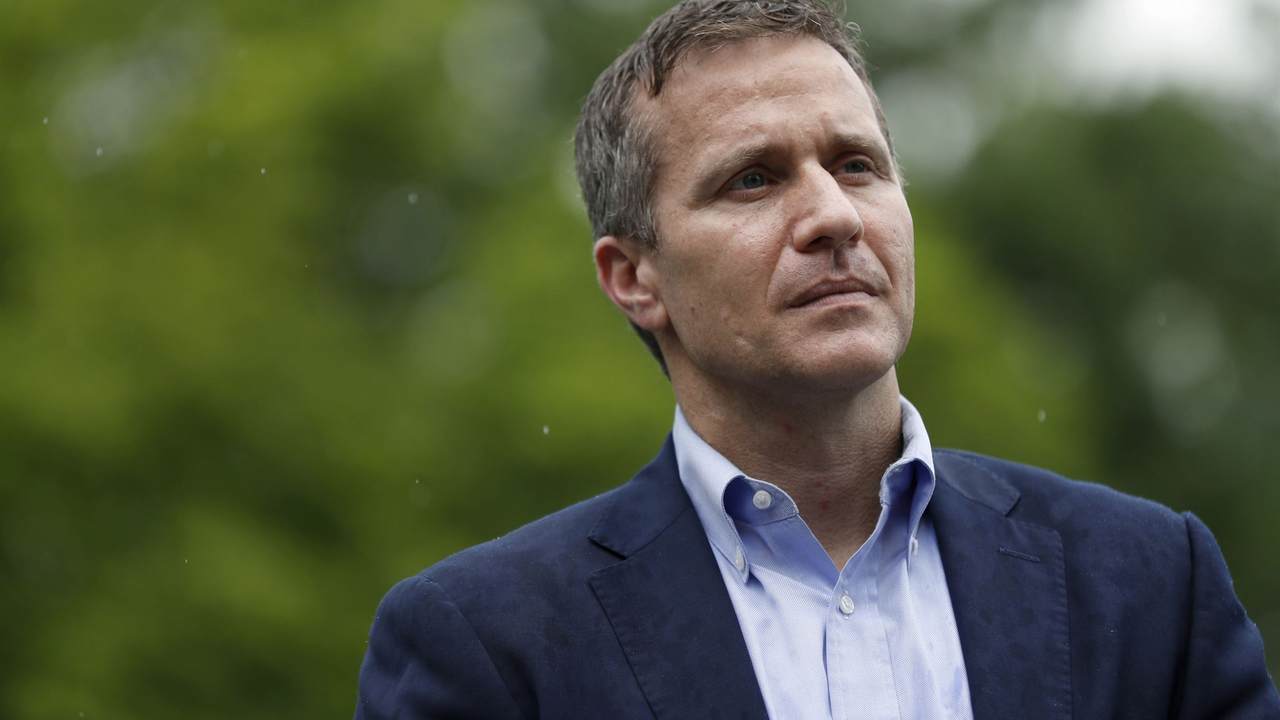 The Senate races in 2022 are hugely important – we have to at least prevent the Dem hacks from getting an outright majority, if not take it back completely. And yet, in Missouri, there is a push among some conservatives to back Eric Greitens, the guy who resigned after a bondage scandal. Why are we toying with this kinky loser? We should be backing winners like Pennsylvania’s Sean Parnell. And speaking of suicide pacts, I’m laughing at the Chamber of Commerce.

By thinking it was clever in betraying the GOP, it has managed to make everyone hate it. Good job, smart people. You played yourselves.

I saw Godzilla v. Kong. So, there’s that…

Now, Eric Greitens got tossed out of office – well, he resigned – after an affair and some dirty pictures and ropes and some other stuff. Some of it was bullSchiff – a Soros prosecutor apparently tried to set him up. Maybe he was partially wronged. Maybe he was totally wronged.

Missouri is a red state. We win that critical seat unless we choose to give it up. You know, like we did with Todd Aiken a decade ago. And like we could give it up by going with Eric Greitens now.

Let’s review. Greitens was famously a SEAL. He deployed. He did not deploy on a SEAL team, apparently, and some SEALs seem to think he’s portraying himself as a doorkicker when he was in an intel cell somewhere. Sheesh, whatever he did was more high speed than my work at a heavily armed carwash, but the problem is Greitens made it an issue by obfuscating it. He obfuscates a lot. Read the transcript of an interview with Hugh Hewitt – Greitens tapdances about that and other issues like Mr. Bojangles.

He’s awful. His whole campaign would be about his past actions. Every interview would with him responding, “No, the claim I took naked pictures of the hairdresser I was having an affair with while she was tied up in my basement take the situation totally out of context.” Okay, this is sub-optimal.

Maybe he was falsely accused of some stuff. It seems he did cheat on Ms. Greitens, so that’s a problem. But why should the GOP’s chances rest on a guy who is manifestly damaged goods?

But Greitens was wronged, you might argue. We must defend him!

Yeah, okay, let’s forget all the self-inflicted damage he caused and pretend it’s all just a giant conspiracy.

It’s not about him. I am uninterested in risking a Senate seat that is crucial to protecting our country from total destruction to achieve some sort of vindication for a flawed dude accused of having some skeevy kinks. He’s expendable. He’s not the best candidate so…next!

We need to stop treating politicians as special. They are fungible. Greitens is not uniquely conservative. He’s just uniquely damaged. And if he really was dedicated to the cause, he would selflessly take himself out of the running because his baggage will cause draggage. But he has not stepped aside for the good of the movement. He put himself first. Which means he puts conservatism second. And that’s disqualifying.

Let’s look at a counterpoint. Sean Parnell appears to be considering a run for Pennsylvania Senate. Sean, an Army combat vet, does not have baggage. He does have appeal, having come close to snatching a gerrymandered Dem majority House seat last time in one of the most corrupt states in the country. The other GOP candidates are nice, but undistinguished. We need candidates like Sean, not Greitens.

The Chamber of Commerce Demonstrates Why Corporations Are Stupid

It’s always nice to see karma wreck stupid people. Take the Chamber of Commerce, please. These shills for the big corps used to give money primarily to the GOP. Sure, they supported the total destruction of the middle class and open borders, but they helped elect some useful people. Then they decided they would support the Dems.

So, the Dems totally love them now, right? No, they still hate the Chamber.

And so does the GOP.

Everyone hates it now. This is quite a conundrum. And it’s hilarious.

This is the problem with the “fiscal conservative/social liberal” flex. The sides are not that flexible. You can’t trifle with the Dems and have us take your calls. And even the Dems hate turncoats.

This is the problem of woke corporations writ large. The corporations want to do their woke posturing but then they expect the GOP to have big business’s back when the Democrats come to scalp them. They are in for a painful surprise.

Choose a side. And you best choose wisely.

The Loser in Godzilla v. Kong Was Me

I don’t want to hate on this movie, and I won’t. I’m just indifferent. I loved the fiery lizard as a kid. Loved him. Kong was okay, but color me dino suit green. I used to watch the flicks on those UHF stations that played them late at night or on Saturday afternoon. They were cool.

The new ones lack something, and I think what they lack is fun. First, Godzilla’s head is too small. He looks like a circus freak. And he has no personality. Godzilla used to be edgy. Now he’s just sort of there.

Third, why was there a world underground? I guess you had to be paying attention. I wasn’t. If they weren’t fighting, I was tweeting.

But, I will give Godzilla v. Kong this. It was not woke. Godzilla sharing his pronouns is too much to deal with.

May will bring my sixth Kelly Turnbull action thriller, The Split. Get the most recent bestseller, Crisis, as well as my other four novels about what happens when America splits into red and blue countries, People's Republic, Indian Country, Wildfire, and Collapse!