Here’s How The Debate Went

Kurt Schlichter
|
Posted: Sep 30, 2020 12:01 AM
Share   Tweet
The opinions expressed by columnists are their own and do not necessarily represent the views of Townhall.com. 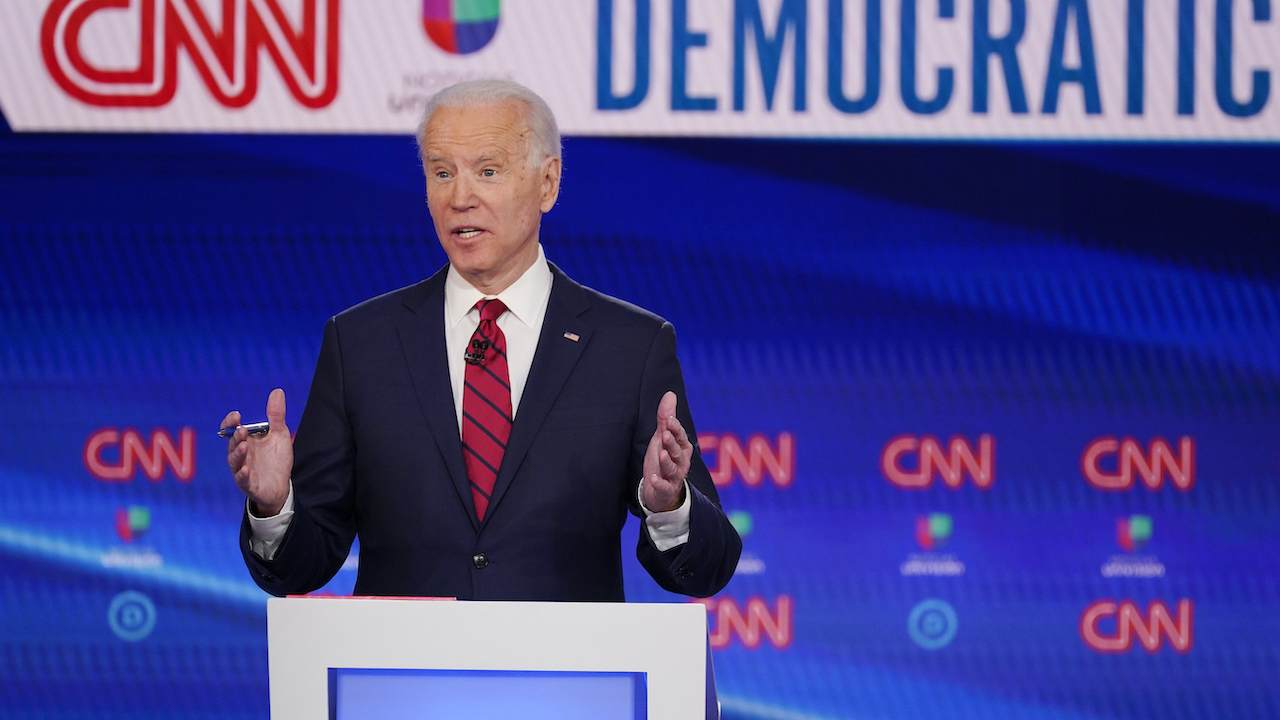 This is going to get written before the debate, but don’t worry – I already know that the media has declared it a smashing victory for the creepy old weirdo who lives in a basement. My pre-debate report on the results of the debate is below. See how it matches up with what actually happened. Then let me know because I doubt I’ll watch.

Also, we talk taxes and how the left is mad because Trump is the only guy who ever lost money being in politics. And we look into recalling America’s worst governor. Plus, we talk political texts and we say nothing about reverse searing steaks…

I’m not going to believe Gropey J will actually debate Trump until someone pushes him out from backstage toward the podium. But if it happens, by the time you read this, the debate will be over, yet there’s no need for me to wait to write this post-mortem. According to the media, Biden won and Trump lost.

It doesn’t matter if a radio earpiece fell out of his head, if he started rapping his cover of “WAP,” or if he had to do the Nadler shuffle offstage, Grandpa Badfinger won.

His rehearsed one-liners, honed during dozens of post-lid training sessions, may fall flatter than Mazie Hirono’s brain waves yet they will nominate Joe for a seat at the Algonquin Roundtable. He can literally talk about tying an onion to his belt, which was the style back in the day, and they’ll applaud. He can drool, make body noises, or address Chris Wallace “Hey, fat!” and the media will flap its flippers.

Oh, and Chris Wallace will handle Biden like fine china – ironically, in the case of Beijing’s Boy – while he’ll be all over Trump like stink on Swalwell.

Question One: “Mr. Vice-President, your great character and long service make you a hero to millions, so doesn’t Drumpf’s long history of being literally Hitler offend you as an American?”

Question Two: “So, Bad Orange Man, wouldn’t you agree that your racist regime is illegitimate and in violation of Saint RBG’s dying wish? And let me follow up – why do you hate women, blacks, and veterans so much?”

I may not even watch it. I hate it when I’ve heard spoilers, and the media’s given us five years of them.

This is one of those times when you wonder whether the mainstream media is composed of idiots, or if it thinks its audience is composed of idiots. Someone stole Trump’s tax info, with some government official violating a law that our democratically elected representatives passed – remember that breach of the people’s will the next time one of these hacks starts huffing and puffing about democracy. And the results were…disappointing, to them.

The headline is that Trump paid only $750 in 2016 and 2017. This was a lie. If you get in a bathyscaphe and descend down to the depths of the article, you find that Trump actually paid in $5.2 million in those years. Later, his returns demonstrated he suffered a net loss and so those amounts were kept to pay future taxes. If you mean “owed,” that’s accurate – though if the amount is somehow bad, no one has explained why he should not owe the amount the law says he owes. The truth really screws up the narrative, huh?

So, they are mad that Trump…paid more than he owed? That he did not pay taxes on a net loss? Hey, anyone know any 47-year DC creatures who could have adjusted the tax laws if he had wanted to?

But there was a report of an illegality, right? Well, that’s awkward…no, there was not, and you bet they combed through the documents for one. If they had not Muellered and found wrongdoing, the headline would have read “TRUMP CHEATS ON TAXES!” He avoided taxes, legally, just like you do. That’s sinister because maybe they can trick stupid people into thinking its sinister.

In reality, the tax thing was always about Russians. Know what the NYT article was not about? Russians. So, that nonsense got tossed down the memory hole just like “collusion.” Now the problem is that he owes money on his properties. Do they think we don’t know that every company owns property that is not free and clear of debt?

This is a stupid non-scandal where the real story is that Trump paid more than he owed, has no Russian connections, and is one of the rare politicians who lost money in office.

Also, ignore the Hoover Biden behind the mirror cavorting with the stripped and huffing rails.

My governor is the worst governor, but he’s terrible for more than just his total devastation of California. He is running the test bed for the left here on the left coast. This is what lies ahead – no emissions nonsense, not just cars but everything. Welcome to the 19th Century. Higher taxes, because his constituents need to be paid off. Perpetual masks. Failed forestry. Trains to nowhere. Criminals out of prison and gun owners in. Bums strewn across our sidewalks, surrounded by needles and Nadler piles. And let’s not forget normalizing pedophilia – he already signed a pro-perv law designed to make it open season on your teen.

There’s a remarkable grassroots effort to recall him like we did Gray Davis almost 20 years ago. You see people gathering signatures everywhere. I looked into it, and they are really doing this. It seems like they might pull it off. And that’s important, because what happens here is meant to spread across the country like scabies across one of the bums Gavin wants living in your front yard.

You can contribute to getting this clod on the unemployment line beside his constituents by donating here.

They’re back, those tiresome texts that say “Hey, it’s Newt” or “This is Karl Rove and you’ve FAILED to accept the 5x match by midnight!”

Do they work? Does anyone think, “Oh man, Mitch McConnell is texting me! Maybe I’ll call him back, see what’s up, just talk, you know?”

I get that we need money. I just can’t help but think these are counterproductive because they kind of assume we’re, you know, idiots.

I am not going to talk about food today because A) I am annoyed at stupid people and would rather talk bad about them, and B) I think we cooked that steak well-done.