Everyone Is Sure Biden Is Toast

Kurt Schlichter
|
Posted: Jun 03, 2020 12:01 AM
Share   Tweet
The opinions expressed by columnists are their own and do not necessarily represent the views of Townhall.com. 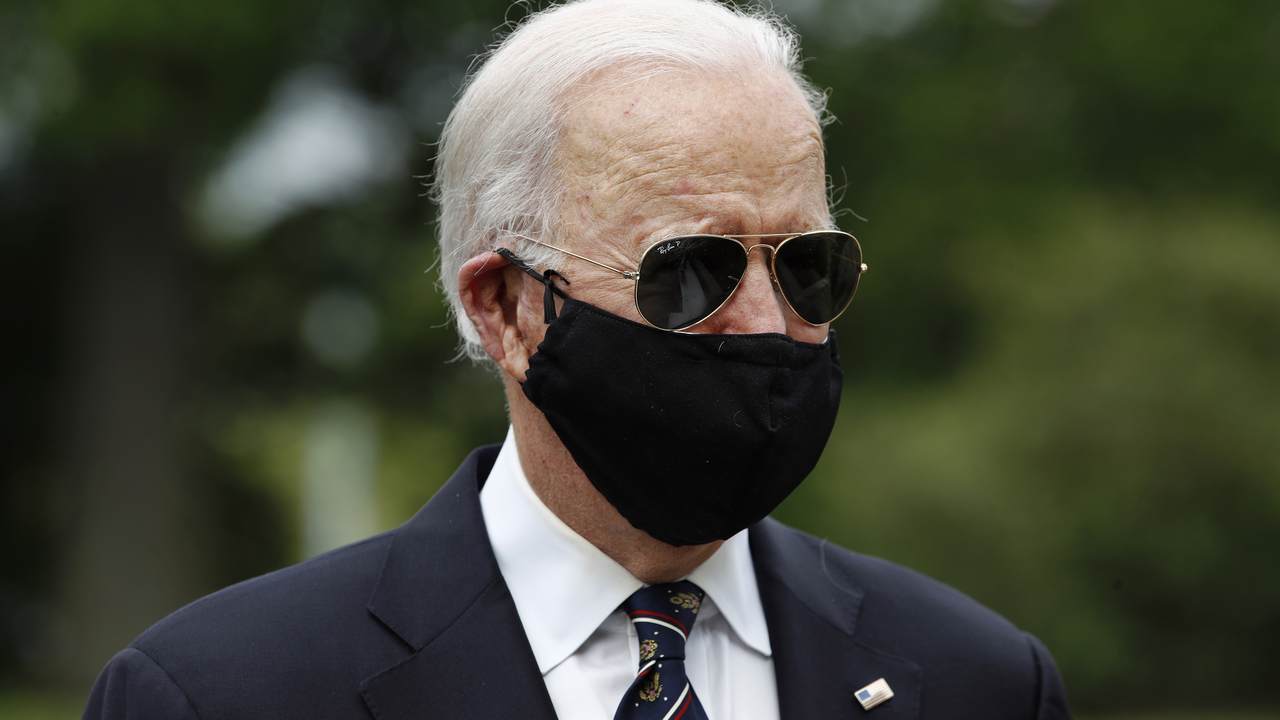 It’s weird that the pollsters are all over the map, but the conservatives I have talked to are sure – very sure – that Trump is going to win. The Democrat-supported riots are just more evidence, and many of them are thinking landslide. The media is dying and we’re like all “so?” Plus, the new not drinking is a thing. Finally, we continue and conclude our comfort food discussion with some of your emails and DMs…

People Are Sure Trump Is Going To Win

I have yet to meet a conservative who thinks Trump is going to lose. I like optimism as much as anyone, but I do find it a bit disconcerting that we all seem so certain that he triumphs over Grandpa Badfinger. Of course, I want him to win, because I love America, but I get edgy when everyone agrees on something. I hope we are not getting overconfident even as crusty Nero fiddles while America burns.

After all, Hunter Biden’s desiccated dad certainly can win. It’s going to be close simply because neo-commies dominate most big states. The pandemic panic has wrecked the economy and we could have a slow recovery – the Dems will do whatever they can to make that happen. Then there’s the fraud factor – despite all the smartest, brightest, best people telling us that there’s no such thing as election fraud, there’s such thing as election fraud and the Dems will totally make it happen if they can.

I agree that this is ours to lose. Democrat dumbness in Minnesota may have just swung the state to us. Pennsylvania looks good. We all know the polls are largely meaningless. And Biden is a terrible candidate – he’s pretty much Chauncey Gardener’s dumb, loudmouth brother. There is lots of reason for optimism, including the fact that he owns “law & order” and the Demcorats own “spoiled rich kids throwing molotovs.”

We better not get cocky, as Glenn "Instapundit" Reynolds likes to say.

So The Atlantic, home a variety of eunuchs who hate us, is cutting its staff by 20%. Weird that more people are not interested in the putrid mewlings of David French and David Frum, the two Davids of the Geekpocalypse. And then there is word that CBS fired a bunch of people, including Mark Knoller, who conservatives mourned as only slightly liberal. I guess that’s something – “He’s only slightly biased.”

So, is it wrong to not merely not care, but to be a jerk and gloat that “I told you so,” especially after the media’s garbage performance covering for the rioters. Because I gloated, big time, as did many others.

The media took the easy path of following its feels, rejecting the hard path of objectivity. In doing so, it alienated the half of America that fell on the wrong side of the media’s preferences. With technology changing everything, was ticking off half of the audience really a smart decision? Yeah, pick the shiny grail – that’s not a poor choice!

Objectivity, fairness and stuff – they are easy when it’s someone you dig who you are reporting on, or even when someone you sort of dislike. But these things are hard – and they are really necessary – when it’s someone you are reporting on who you despise. And they really despise Trump. So, instead of doing the hard thing and doing their job, the media chose to indulgence its feelings. And gee – is it a shock that we’re not willing to pay them good money, or give them our attention, when instead of getting the news we get them working out their issues?

The media brought this on itself.

The New Not Drinking

It’s interesting that one of the big trends in conservatism is not drinking. I differentiate “not drinking” from “sobriety” because that term seems to reflect a problem with alcohol itself, and a lot of the conservatives eschewing drinks are doing it for other reasons. Some think it is unhealthy. Some don’t want the calories – that’s why I am cutting back. With this stupid pandemic nonsense, you’re stuck  in the house and not driving because of the pangolin virus or rioting Dems, and well, why not crack a bottle? Except that’s a lot of empty calories and I don’t like the idea that my increased exercise is going to pay off increased cabernet consumption.

Others will tell you that their drinking was a problem and that’s why they quit. Cool. I support people doing what they want to do, and it’s hard to make changes when you’ve got a habit. Plus, wine is really good.

I’m not going to name names because I never tell anything people tell me – a habit learned with a TS clearance and as a lawyer. But a lot of prominent conservatives will freely tell you “Yeah, I gave up drinking” for whatever reason, though if you hung out in Stephen Kruiser’s Kabana at CPAC, well, you’ll probably doubt this is a trend.

I’m sure I’ll have a glass of wine when I feel like it, but that’s like two miles of walking (I can barely run for distance thanks to the Army) so right now I plan to be circumspect. But if AOC comes on the tube, well, I might not be able to help myself. In any case, I support this trend because I always can find a designated driver.

Last time we discussed “macaroni” aka “American goulash” aka “slumgullion.” I got a lot of feedback from people who also ate this as a kid – which is weird since I never knew anyone else who ate this tomato-ground beef-pasta mixture until like a month ago. This might be because I grew up on the San Francisco Peninsula and people thought themselves all fancy there.

You guys responded to this discussion with some insights of your own. One guy was unhappy I was talking about food, but others dug it. I dig it, and it’s my column, so we’re going to talk about it some more!

First, there’s the name. There are even more names! According to Jeffrey Wells, we have “Hungarian Goulash,” which is bizarre to me. Hungarian goulash is its own thing, much like David S. Pumpkins. Then there is “American Chop Suey,” but I lost track of who told me that.

Sandra says her mom called it “Pasta Fazoo” and added she kidney beans. I am not sure I can go that way, but this supports my theory that this dish is sort of related to chili con carne, but without the spice.

There are a lot of variations, some of which are intriguing. Sandra’s mother also “fried the ground beef, onion, and green pepper in bacon grease from the can on the stove.” I love having some spare bacon fat! Mark says his wife does her own way: “Pretty much your recipe, with a can of Cream of Mushroom soup added, and finished off by covering with shredded cheddar cheese which is browned in the oven.” I was thinking of that – baking it like a lasagna or baked ziti.

So, basically, now I want to go experiment with pasta right at the same time I am trying to cut both carbs and wine. Great.

Go on and pre-order a copy of my new non-fiction book from Regnery, The 21 Biggest Lies about Donald Trump (and You!). It drops July 7, and you know you’re going to get it anyway so do it now!  Also, check out my podcast “Unredacted” every Monday, and my free podcast “Fighting Words” on Wednesdays! And don’t forget my novels People's Republic, Indian Country, Wildfire and Collapse! My super-secret email address is kurt.schlichter@townhall.com. I may use what you say in a future column