What the Hell Happened to Drudge?

Kurt Schlichter
|
Posted: Apr 22, 2020 12:01 AM
Share   Tweet
The opinions expressed by columnists are their own and do not necessarily represent the views of Townhall.com. 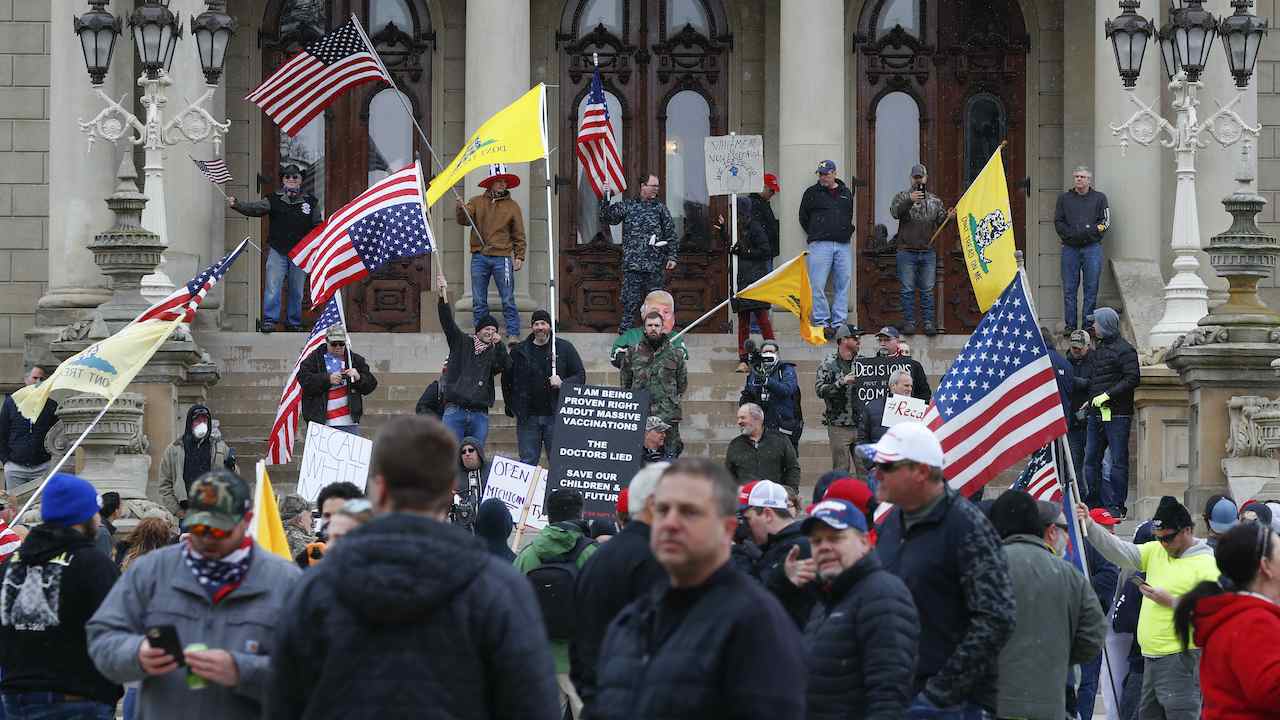 It’s Day 767 of the lockdown and stupid people are defying the odds by getting stupider.  We’ll talk about how dissent is treason this week (next week it will be patriotic again), how the media is garbage (that’s more evergreen than Greta Thumb-berg) and what the heck happened to Drudge.

How Dare You Peasants Protest

There needs to be some sort of bat signal that we can flash into the sky so everyone can know whether or not dissent is patriotic at any given moment. Of course, there’s a shorthand way to know – you look at the protest and if it is something that counters the liberal establishment’s narrative then it’s practically treason.

In recent days, patriotic Americans have taken to the streets to protest the huggy fascist war on freedom disguised as epidemiology. Here was the deal – there is a virus and it hurts some people and we’ll all take some commonsense measures for a reasonable time and the government (that is, all of us since the government is asking us to take the financial hit in our collective name) will help us get past it. So, we shut down our businesses and hunkered down in our homes as agreed. And will surprise no one to learn that the establishment has failed to hold up its end of the bargain.

Instead of asking us to observe commonsense measures to stop the spread, we got an army of Karens bossing us around, and making sure we can’t fall into the deadly folly of buying child car seats or messing around with dangerous seeds. Yeah, let’s get a bulldozer to dump a load of sand in a skatepark because there’s nothing that encourages close physical contact like rad skateboarding moves. Adios “reasonable time” – a bunch of people, every last one of whom is getting his, her or xis paycheck – are talking about months or even years of this. And as for the government helping out the people, it asked to stop doing business? Well, Nancy Antoinette has other plans which involve artisanal ice cream and you being impoverished because she thinks it will help Grandpa Badfinger in November if you’re starving.

People are getting tired of the Schiff and they are taking to the streets. The blue checks are in a tizzy – they are so mad that they are hopping on the subway and riding into their downtown offices to write scathing tweets about how some people walking on a Jacksonville beach are literally killing old people in Manhattan.

The protests, both the public ones and the private ones where people just tell the government to kiss their Ted Lieu and hit up their gym or hairdresser or phrenologist, are going to continue and they are going to grow. As I pointed out Monday, we are done with this. Time to end the insanity, one way or another.

Here’s the weird thing. Notice how, unlike whiny liberal bums, conservatives are protesting that they be allowed to go work?

I think we reached peak mainstream media failure with the recent flurry of demands that the media stop showing President Trump’s news conferences live. Now, that’s saying something, as the media is a seemingly bottomless well of failure whose aquifer should, by all rights, be bone dry and brittle by now. But no, the media has decided the hill it wants to die on is denying the people the ability to see the unfiltered news and demanding that its version of what happened to be all that people can see.

Look, I’m not particular about which hill the mainstream media dies on as long as it dies on one. Still, this is pretty remarkable. What we have is a coterie of unaccomplished scribblers who have literally done nothing with their pampered lives but go to fancy colleges and write for websites or newspapers, and yet who imagine they are qualified to decide what we should learn about something we can literally watch ourselves. And they want to make it so we can’t watch it ourselves.

I miss the Drudge Report. It used to be my second stop every day when I got on the web (my first was, of course, Instapundit). Now it’s my never stop. I literally never stop there anymore, because I figure that if I want to see what CNMSNBC thinks about how evil Trump is, I could just look at CNMSNBC and that ain’t happening either.

It’s been out of my rotation for a year or two, and apparently I am not alone. The other day I off-handedly tweeted “Weird - I never even consider visiting Drudge anymore” and there was an avalanche of conservatives saying the same thing. Drudge has gone Never Trump, and now we’re gone.

But did Matt Drudge go soft, or did only the site? I don’t know, but I do know that Matt Drudge was a close friend of Andrew Breitbart, which argues against the former theory. It could be Matt backed off the day-to-day work on the site and hired some unwoke folks who have gone full #resist. There’s another rumor that he sold the site, and signed an NDA then departed to count his huge stack of money while the new owner moved it hard left.

But that seems like it would be a terrible business decision. You have a right-leaning audience and you choose to tick it off? What kind of idiot would totally alienate his entire conservative audience by ruthlessly attacking its most cherished beliefs? What kind of gutless weasel would sell-out his allies and join with the enemy? What kind of moron would sink his publication, much like a cruise ship colliding with an iceberg, by sucking up to the liberal establishment?

Nah, no one could be that foolish.

Kill some downtime by reading of my action-packed conservative novels about a dystopian blue state future, People's Republic, Indian Country, Wildfire, and Collapse! And join up with Townhall VIP for near-daily chats with your favorite VIP heroes, get my podcast, “Unredacted,” every Monday, and also check out my new Hugh Hewitt-affiliated Salem podcast, “Fighting Words”!

My super-secret e-mail is Kurt.schlichter@townhall.com