Kurt Schlichter
|
Posted: Apr 01, 2020 12:01 AM
Share   Tweet
The opinions expressed by columnists are their own and do not necessarily represent the views of Townhall.com. 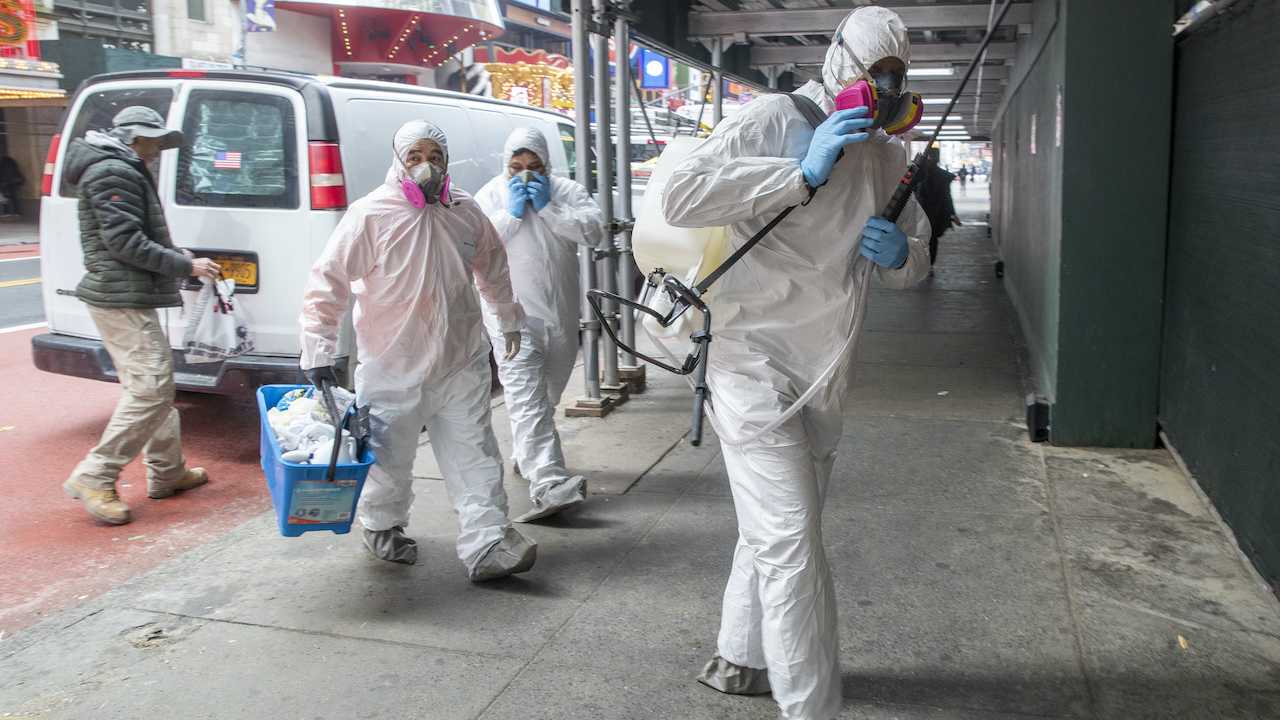 So, I’m not going crazy at all with this quarantine business. I'm using the time to write my next liberal smashing book and trying out my favorite bat soup recipes. Hint: It’s much tastier and exponentially more infectious if you add chunks of sautéed pangolin. Yum.

No, I remain perfectly sane even as the walls close in. Really. In fact, when I convened a council of stuffed animals to give me their advice on what to do while all this is going on, I was extremely impressed by their insights. They assured me that I am not going stir crazy, which was good to hear. They also mentioned that some of them – Floppy the Bunny and Chet to Unicorn in particular – are also advising Joe Biden during this challenging period. But they insist he won’t listen and they think he’s really losing it.

Okay, I am not really getting life coaching from stuffed animals. Bad Touch Biden, I’m not so sure.

That would explain a lot. You think you’re handling this poorly? At least you’re not sending out rambling hostage videos from wherever the DNC stashed you in the hopes that America wouldn’t notice that you’re senile.

This is getting old, this disruption to our lives. It’s pretty clear that President Trump is over the shut down – he wants America to get back to work. So do most of us. We’re getting tired of not working, and tired of our liberty being curtailed. We get that we need to take some strong measures, but we also see that this cannot go on indefinitely. At some point, we will need to accept risk regarding the Wuhan Flu in order to balance out the other important considerations of freedom and prosperity. Maybe not today, or tomorrow, but soon.

America wants to get back to work. See, this was not like those economic downturns where people are sort of depressed and malaise runs rampant. We were killing it before the bat soup-slurping ChiComs decided to infect us with this irritating pestilence. We were getting used to prosperity. If you are under 40 this is the first time in your adult life that you really experienced a boom – and then this whole miserable thing just came out of the blue and brought everything to a screeching halt. If we can throw off the shackles of these lockdowns we can spin things right back up with minimal damage. The danger is that this becomes the new normal instead of an irritating aberration. We can only keep the competitive mindset for a while, and if we American workers are not unleashed again relatively soon then we’re going to derail the whole economy. Worse, some of us – primarily the weak-willed sissies of liberalism and Never Trump– will become used to the comforting, smothering embrace of Big Brother.

The Democrats and their Fredocon Renfields were initially delighted by the pandemic in the sense that they hoped the Chinese coronavirus would do what RUSSIA! EMOLUMENTS! UKRAINE! PLAYBOY PLAYMATES! Could not do. Well, actually, they were initially totally ignorant of it when it was spinning up because they were busy impeaching Trump for blowing the whistle on Biden’s loser son Cokey’s corruption. It was only when it became unignorable did they unignore it.

When Trump shut down air traffic from China, they lost their collective Schiff about how that bold move was totally racist and stuff. Now they’ve memory-holed their prioritization of silly SJW tropes over public health and they insist that the virus that resulted from the Chinese fetish for eating weird stuff is actually the result of Trump not locking down America last Christmas. Putting aside the exhortations to their citizens to socially undistance that liberal mayors and other flunkies were issuing until just a few weeks ago, is their anyone who can maintain a straight face when asserting that had Trump sounded the alarm back in January, the Dems and their vinyl-suited media would not have screeched about how he was trying to distract from the impeachment sham?

Well, Pelosi might be able to keep a straight face whilst saying that, but only because of the botox.

Now, the Democrats do not seem particularly eager for this to end. If Trump even hints that someday we might return to normal, it’ll be all “TRUMP IS GOING TO MURDER MILLIONS BECAUSE HE HATES SCIENCE!” There are certainly some people in government, elected jerks as well as bureaucratic jerks, who kind of like this whole emergency power trip. That’s why we see them imposing all sorts of petty oppressions on us, like trying to close gun stores, that have zero to do with the very narrow task of shutting down the epidemic. That’s the problem. They are getting a taste for something that should be temporary.

The media enjoys the chaos because this is a lot more interesting than their usual job of covering for Gropey Joe’s ever more mortifying litany of gaffes and sexual abuse accusations. They love these big stories and the media minions of the left have no real desire to get back to normal. They are still collecting paychecks, well, most of them. I’m not saying that they are rooting for the virus, but that’s only because they are busy actively rooting for the Chinese communists.

And the Democrats have still not succeeded in hanging this around Trump. Let’s face it – a lot of them are delighted that the hit to the economy is a hit on Trump’s marquee achievement. I know we’re supposed to pretend that in this time of crisis, no Democrat would gloat over this black swan dumping its droppings all over Trump’s re-election campaign, but we see the truth. For example, you had that hideous harpy Felonia Milhous von Pantsuit cackling on Twitter that the U.S. had the highest number of reported cases in the world, even more than China’s. It’s not clear what’s worse, liberals cheerleading the deaths of fellow Americans to own the Drumpf, or their obedient acceptance of the manifestly false infection numbers passed out by the Chinese Communist Party.

No, they absolutely do not want us cranking the economy back up again anytime soon. Just ask them and they’ll tell you, often with the assistance of extremely questionable projections. Hey, in light of all the scientific predictions we’ve seen about the virus so far, what do you think the chances are of these people revisiting their utter faith in the apocalyptic predictions of the creepy weather cult? Yeah, file that kind of liberal humility under “U” for “Unicorn.”

Okay, now I’m going back to occasionally writing my next novel, doing frequent Townhall VIP chats with Larry O’Connor and other Salem superstars (like on April 2, 2020), and mostly watching YouTube videos about cooking steaks and ribs and flying rodents. But just remember, next November we should quarantine the Democrats and keep them as socially distant from power as possible.