Kurt Schlichter
|
Posted: Mar 23, 2020 12:01 AM
Share   Tweet
The opinions expressed by columnists are their own and do not necessarily represent the views of Townhall.com. 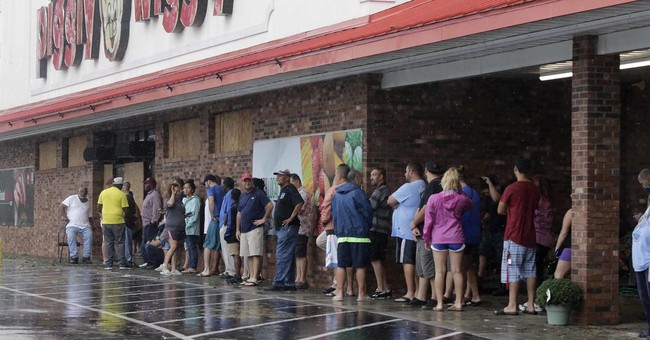 Editor’s Note: did you know there is a special Kurt column on Wednesdays? A third per week! Sign up here to become a Townhall VIP member to get it. You'll also get exclusive access to his VIP podcast "Unredacted".

Here are some people who matter, especially now: Soldiers, nurses, truckers, cops, the guy who stocks the shelves at Ralphs, farmers, and that dude rebuilding your roof.

The Chinese Bat Soup Flu has certainly clarified some of the blurred lines between what is important and what is frivolous garbage. Yet, in a time when millions of Americans are at risk of dying as a direct result of ChiCom conspiracies and the bizarre need of its serfs to eat any weird thing that crawls or slithers within reach of their chopsticks, our useless elite is fixated on making sure we don’t hurt the feelz of the very people who stuck us in this predicament.

Our elite is full of self-important morons who contribute nothing but more dumb in a time when the only thing we have a surplus of is dumb. The real hero is the guy who trucks in a load of whole wheat bread, ribeyes, and low-priced cabernet to the Trader Joe’s, not the Prius-piloting sissy with a Maddow fetish who shops there. The people our elite laughed at, scoffed at, poked at, are the very people who are going to rescue us from the mess that same elite helped make.

This is when the basics count. Can you build something? Can you do something? And, as our idiot urban overlords insist on releasing criminals because THE FLU!, can you defend something?

Our elite can’t, and you would think that at a time when their humility has been shown to be so massively justified that they might actually offer some. Instead, they have doubled down on their own narcissism. They are still pretending that their sophomore SJW obsessions aren’t a luxury and that 20-something BuzzFeed scribblers who have never run anything but their mouths have something to contribute to the discussion.

Yet, it’s weird how this virus is an excuse for our garbage elite to do all the stupid things it always wanted to do. Luckily, people aren’t buying it. At least not real people. Team Dummy is in full effect trying to undercut the president. He’s alternatively too harsh – MUH TRAVEL BANS IS RACISM! – and too soft – OBAMA WOULD HAVE ORDERED THE CHINESE VIRUS TO DIE! Clever people are coming up with innovative remedies and strategies and the job of the trash reporters is to shoot down any hope – TRUMP LIES THAT TREATMENTS MIGHT HELP! It’s like they are rooting for the Woking Pneumonia.

Never have so many with so much unwarranted self-regard spread so much bullSchiff so shamelessly.

If there is an upside of this Chinese coronavirus thing – did I mention the Chinese part? – it is that even the densest libs have to be seeing the truth. Everything they believed in is a lie. The bureaucracy they love has failed. It’s regular folks bailing us out. Oh, that won’t stop many of them from telling lies. Lies are all they have. But it will force the rest of us to get serious.

We have to get serious about our politicians. No wonder they are hiding Biden. He’d go off on some tangent about how he and Corn Pop and Edward Jenner invented vaccinations before going into a long further digression about how his favorite slipper – the left one – is missing again because someone keeps hiding his slipper.

A lot of people have beefs with Trump because he’s so OH WELL I NEVER! – and yet now, under pressure, it seems pretty obvious (and the polls support it) that his handling of this thing has been outstanding. You know it because the big beef from the media is that he insists on accurately attributing the Chinese coronavirus to China. The rest of the media’s lame critiques seem to center on him not using his magical ESP to sense the pandemic months ago – and down the memory hole has gone the collective lib panty-wetting that greeted his visionary decision to ban travel from China. Gee, maybe it was better to elect an experienced businessman president instead of a sauce-fueled nag whose resume consists of being a bad senator and worse Secretary of State, jobs she got solely as a result of having married some guy who apparently knew where Wisconsin was. Is anyone surprised that her Chardonnay-inspired tweets that try to dunk on the president who humiliated her (well, the most recent president who humiliated her) all match the Chinese Communist Party line?

We’re really seeing the true colors of our elite, and those colors are all shades of Mao Red. Our globalist elites clinked glasses in Davos with Xi – the Chinese dictator, not the non-binary pronoun – and when push came to shove, we normal Americans got shoved out of the way as our alleged betters rushed to kiss commie rear. These are the same Einsteins who allowed our entire pharmaceutical industry and much of our other critical manufacturing capabilities to get shipped over to Wuhan and its environs on their watch. This is on them, and the truth can’t be hidden anymore.

Our elite has contributed nothing to this fight, except self-serving lies, cheesy power grabs, and terrible covers of the worst song ever recorded, “Imagine”. As usual, as always, our salvation comes from you, the normal American who sees a challenge and meets it. We had a paradise, and in paradise, you can indulge in silliness like multi-culti blather and meaningless virtue signaling. But things just got real. We have no time for that crap now. The elite who imagine themselves indispensable to the world that normal people built, run, and defend, are being revealed as useless and ridiculous just when things got serious. We won’t forget how much they suck when this ends.

Locked in your home because the Chinese can’t not lick pangolins? Sick of anti-American garbage pushed by our anti-American elite? Want to spend your time reading something awesome? Then check out my action-packed conservative novel Collapse, and the other three entries in the best-selling series, People's Republic, Indian Country, and Wildfire. America is split in two, one part conservative, one part Scat Francisco. Liberals get bashed, America prevails, the books rock. Get them all, and also check out my Townhall VIP podcast, “Unredacted” every Monday as well as my new Hugh Hewitt-affiliated Salem podcast, “Fighting Words”!