The Rule of Law Is a Sick Joke

Kurt Schlichter
|
Posted: Aug 30, 2018 12:01 AM
Share   Tweet
The opinions expressed by columnists are their own and do not necessarily represent the views of Townhall.com. 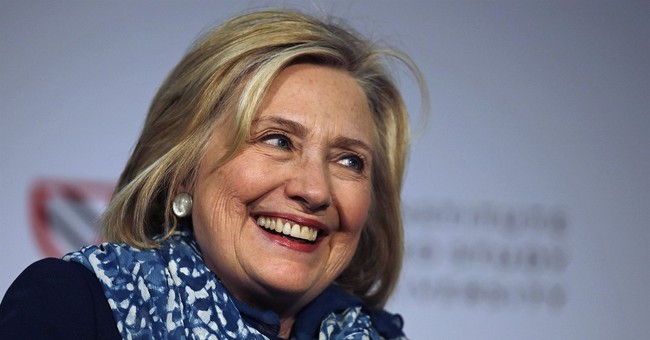 It’s adorable when people talk about the rule of law. OK, let’s assume that Donald Trump broke the law under some bizarrely convoluted interpretation of the hateful and unconstitutional (in a world where our Constitution was properly understood) thicket of campaign finance statutes that somehow makes the guy who is being extorted a criminal for paying off the aging bimbos shaking him down. Why should we care? Because we don’t care. MSNBC can howl “impeachment” 300 times an hour and we still won’t care. Even if this was an actual crime and Donald Trump was guilty of it, we don’t care. Did he illegally pay off weather-beaten pole-clinger Stormy and also the one from Playboy who was actually hot? Don’t care.

The climate scam is derailed, ISIS is dead, and then we got Gorsuch, Grennell, and a great economy. Those things we care about. Trump 2020, jerks.

“Buh buh but, the rule of law!” howl the feckless Fredocon swabbies on the decks of the sinking S.S. Conservative, Inc. We’ve really disappointed them this time. Heck, we haven’t seen Mitt Romney so upset since Candy Crowley stuffed him into a vinyl gimp suit and led him around the debate stage on a leash.

And their liberal masters are on a “rule of law” kick too. “Trump is an unindicted co-conspirator so the president can’t nominate Kavanaugh for some reason,” yip an endless line of Democrat Connecticut valor stealers, fake Indian illegal alien excusers, and mental defectives with ridiculous names like “Mazie.”

Except the “rule of law” is a lie and a scam and we Normals are woke to the grift and we’re not falling for it. Not anymore.

Sure, the rule of law is terrific in concept, and it would sure be nice to give it another whirl here in America, but we aren’t blind or stupid. We see what the “law” is and how it’s applied – there’s one law for the elite (that’s the one that never gets applied) and one for us Normals that’s designed to keep us in line with our mouths shut.

Today, the “law” is a weapon wielded by the establishment to cement its grip on its power and position. That’s why Democrats are so eager to repeal Citizens United and pass all sorts of new laws restricting election campaigning. They know they will be able to violate those laws with impunity while using them to jam up their conservative opponents.

Justice? That’s a laugh. And all the fake posturing and posing, both by the Democrats and by the conservaquisling crew, is not going to change our minds and make us unsee what is right before our eyes.

Sure, the law applies to everyone as written. The establishment, which is not even clever enough to hold onto power in an election against a reality TV show host, is at least clever enough to not speak aloud disclaimers like “Except we elite folks can do this.” No, its application is where this comes into play. The rule of law is not just words on the page; it is how those words are applied, and if they are not applied equally to everyone then there is no rule of law. And because there is no equal application of the law today, there is no rule of law in the United States today. As I’ve written in my novels People’s Republic and Indian Country, that’s a slippery slope you just don’t want to slide down.

What it means right now is that preferred establishment figures and groups get a free pass from their elite prosecutor pals, but you – an uppity Normal or the representative you choose – gets the full weight of the feds. That’s by design. The law is not designed to restrain our masters. It’s designed to keep you in chains. The elite tries to sell you on the idea that justice is blind, that before the law everyone is the same. But that’s a lie. It’s not, and that’s the way they want it.

Look at Felonia Milhous von Pantsuit. I recently asked fellow folks who did stuff with classified material back in the day what would have happened to one of us if we had done what that Looming Doofus James Comey said The Harpy did before handing her an “Elite Get-Out-Of-Jail-Free” card. The results were 99% “I’d be in Leavenworth,” and the other 1% insisted that I was racist and cisnormative for even bringing it up.

Do you think the FBI would give you a pass if you decided to respond to a subpoena by bleaching your hard drive? Come on. You’d be negotiating with Bubba for the top bunk’s primo cell block view. But the FBI brass gave her a pass, because she was their establishment pal. Then, when we dared to elect someone that the bureaucrats did not approve of, they picked a bunch of Hillary donors to “investigate” our candidate until they found a “crime.” I’m old enough to remember back when “Russian collusion” was a thing; actually, we’ve found that it was a thing only among the liberals paying people to pay Russians for a dossier as part of a campaign to undo the election. Yet, none of our law enforcement apparatus, under the wheezy command of Sleepy Jeff Sessions, seem interested in investigating that. I wonder what Jeff’s doing in the photos they must have of him – there’s an image to haunt your nightmares.

Where there are two sets of laws, there are no laws. There’s just power being applied to try to keep the Normals in line. Remember, Manafort was investigated and cleared years ago. Even that half-wit Michael Cohen would have kept up happily committing his low-grade graft if not for daring to be associated with the guy the establishment hates. By the way, I find it hilarious that Cohen gave Mueller the pleas to the two (fake) campaign finance “crimes” in exchange for five years. Idiot. He had the brass ring and gave it away – if he’d been my client, and I don’t represent gutless morons, I would have held out for six months home detention. And that sad-faced, desperate, basset hound-looking Democrat operative (working through fellow partisans in the Southern District of New York office) would have eventually given it to him.

Where are the indictments of the swamp dwellers pulling tax or foreign representation shenanigans with a (D) behind their name? How about one of the Podestas? Yeah, right. It’ll never happen. Normal-friendly General Flynn gets ambushed and pleads when he’s on the verge of bankruptcy and his family threatened; Clapper and Brennan lie away under oath to Congress then get juicy gigs on pinko networks. These selective prosecutions are a signal – defy the elite at your peril.

Favored groups like Illegal aliens get to flaunt our laws too. After all, Democrats want to replace us ornery Normals with more obedient voters, and the GOP squish caucus wants to help the Chamber of Commerce maintain an endless stream of submissive serfs to toil for the donor companies it represents. If a few more Americans die because we selectively enforce the law, eh, so what? How is a “sanctuary city” consistent with the rule of law? It’s not, and they don’t even pretend it is. And what happened to the Wall Street bankers and hedge fund guys who wrecked our savings in 2008? Oh, right – instead of jail time, they got a trillion of our dollars. When establishment hacks talk about the “rule of law,” they mean that they should be able to use the law to rule you while they get to ignore the law when it’s inconvenient.

So, is it any surprise that when the establishment now comes to us breathlessly announcing that they finally got the goods on Donald Trump breaking the law that we just shrug and laugh? As my upcoming book Militant Normals: How Regular Americans Are Rebelling Against the Elite to Reclaim Our Democracy explains, we Normals are no longer buying the lies. We see that the law as applied today is not a tool of justice but one of oppression. And this is bad. America is not policed by cops; it is policed by Americans, who generally used to see the law as fair and equal and thereby respected and obeyed it. But now? Forget it. Our refusal to recognize the law as legitimate anymore is the real danger for the establishment. Because where there are no rules, there is only power. And at the end of the day, the militant, Second Amendment-loving mass of Normal Americans has a lot more real power than them.