The November Election Is About Illegal Alien Crime

Kurt Schlichter
|
Posted: Aug 23, 2018 12:01 AM
Share   Tweet
The opinions expressed by columnists are their own and do not necessarily represent the views of Townhall.com. 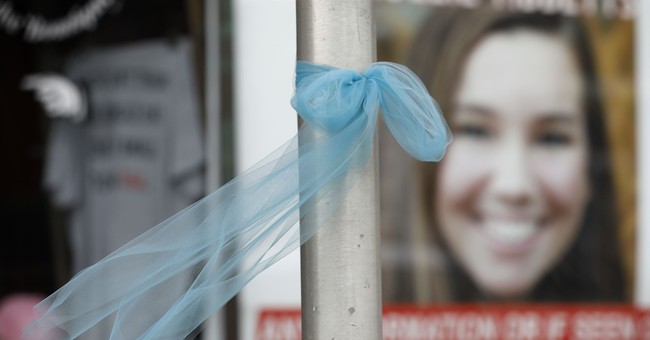 If you’re cool with Americans being butchered by illegal aliens, this November you should vote Democrat. They’re certainly cool with Americans being butchered by illegal aliens. Oh, in theory they would probably prefer that the foreigners sneaking into our country in defiance of the laws we American citizens made through our elected representatives would stop butchering Americans. They don’t particularly want your kids to be butchered. They just want uncontrolled illegal immigration more than your kids’ safety. So, they’ve made a choice to be the party of illegal immigration. And the resulting body count is a price Democrats are willing to pay to replace an electorate of Normal Americans who refuse to obey.

The Democrats are the party of No Borders, of Abolish ICE, and of murdered Americans. You cannot howl and shriek in support of X yet deny that you accept the foreseeable, demonstrated consequences of X.

Now we know Mollie Tibbetts was murdered by an illegal alien. Add her name to the butcher’s bill. And who was shocked? Who said, “Gosh, that’s surprising!” Who said, “Whoa, I don’t believe it!”

No one. Because it happens all the time. Her life, like the lives of so many others, was snuffed out because our elite made a conscious choice to risk our lives to satisfy its own interests. She was just more collateral damage. We better decide in November where we stand, because a Democrat majority means this bloodbath continues.

Your daughter, shot dead in front of you on a wharf. Your son, knifed by gang members. Your daughter, murdered and dumped in an Iowa cornfield. That’s what you get if you elect Democrats, because that’s what their open borders policies enable.

But our elite can live with that. They will live with that behind their communities’ gates, where their only experience with illegal immigration is their friendly, cheap nanny and industrious, cut-rate gardener. A few lives of people the elite will never meet is a small price to pay for a massive new Democrat constituency. And they’ll happily pay it.

Am I being unfair?

Is saying this outrageous?

We’re sick of American citizens paying checks written in blood by a Democrat Party that absolutely refuses to allow our government to do the two most basic jobs of any government – securing our country’s borders and protecting our citizenry.

Our citizenry, not foreigners. They have no right to be here. None. Those that are here stay here by our grace and at our pleasure. We are American citizens – and that includes my legal immigrant wife. This is our country. We rule, not an unaccountable elite that wants to import a more pliable electorate and a more pliable serf class to do the jobs Americans don’t want to do because the Chamber of Commerce types don’t want to pay them fairly.

No more Americans should die because of our worthless elite’s greed.

Not one more Jamiel Shaw.

Not one more Kate Steinle.

Not one more Mollie Tibbetts.

How about our cities be sanctuaries for our children, not alien thugs? No more slaughtered victims sacrificed on the altar of political correctness.

This fall, we need to stand up and demand to be heard. The Democrats will never listen, but the Republicans will. Some will listen because they get it, because they understand that this can’t go on. And others, the weak and the bought off and the feckless Fredocons of Conservative, Inc., will listen because if they don’t we’ll crush them at the ballot box.

No amnesty. None. Go home.

Build the wall. A real wall, the kind that keep people out – and that keeps out the opioids and meth that wreck so many American lives.

What are your questions, Republicans?

Democrats, why are you willing to let even one more Mollie Tibbetts die?

That’s what our platform must be, because these midterm elections are about our children’s lives. And maybe our kids don’t matter much to our useless elite, but they matter to us.

Donald Trump tapped into the anger of Normal people at this outrage, this utter betrayal of American citizens, when he dared break the taboo and tell the truth about illegal immigration. It destroys American communities, it destroys American livelihoods, and it destroys American lives. As my upcoming book Militant Normals: How Regular Americans Are Rebelling Against the Elite to Reclaim Our Democracy explains, we Normals see what’s happening, and we’re fighting mad at an elite that does not care.

To the elite, our protests are an annoyance. Another wonderful life gets snuffed out at the hands of someone they tolerated coming here illegally and being here illegally, and their first thought is how this is probably going to help Trump.

Well, it better help him. You better vote like your life or your kid’s life depends on it, because it does.