Should We Invade Mexico?

Kurt Schlichter
|
Posted: Jul 05, 2018 12:01 AM
Share   Tweet
The opinions expressed by columnists are their own and do not necessarily represent the views of Townhall.com. 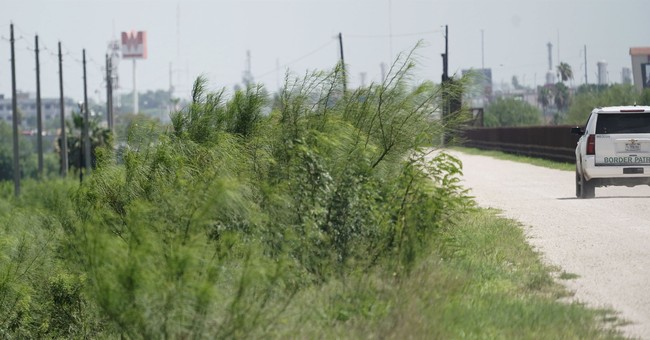 One fact a lot of Americans forget is that our country is located right up against a socialist failed state that is promising to descend even further into chaos – not California, the other one. And the Mexicans, having reached the bottom of the hole they have dug for themselves, just chose to keep digging by electing a new leftist presidente who wants to surrender to the cartels and who thinks that Mexicans have some sort of hitherto unknown “human right” to sneak into the United States and demographically reconquer it. There’s a Spanish phrase that describes his ideology, and one of the words is toro.

Mexico is already a failed state, crippled by a poisoned, stratified culture and a corrupt government that have somehow managed to turn a nation so blessed with resources and hardworking people into such a basket case that millions of its citizens see their best option as putting themselves in the hands of gangsters to cross a burning desert to get cut-rate jobs in el Norte. It is a country dominated by bloody drug/human trafficking cartels that like to circulate videos of their members carving up living people. They hang mutilated corpses from overpasses and hijack busloads of citizens to rape and slaughter for fun. Whole police agencies are owned by the cartels. Political candidates live in fear of murder. The people are scared. And this chaos will inevitably grow and spread north.

The gangs are already here, importing the meth and fentanyl that are slaughtering tens of thousands of Americans a year after coming across the border the Democrats refuse to defend. Let’s not even think about the other foreigners, like Islamic terrorists, who might exploit this vulnerability. “Abolish ICE,” the liberals screech, yet what they really mean is “Erase that line on the map.” But that line is all that is keeping the bloodshed in Mexico at bay for now. You can stand on US soil, look south, and see places where the rates of killing dwarf those of the Middle Eastern killing fields you see on TV.

The chaos in Mexico will spill over the theoretical border. It is just a matter of time. Normal Americans know it. As my book upcoming book Militant Normals explains, the establishment willfully ignoring their legitimate concerns about border security is a big part of why Normals are getting militant. The Democrats, and the GOP donor class stooges, have a vested interest in ignoring the issue, and they will insure that both the political class and the hack media will continue to play ostrich. Already there are Americans, on American soil, living near the border who cannot venture outside at night on their own property for fear of being murdered because of foreigners invading out territory. This is intolerable for any sovereign country. Yet there is a huge liberal constituency, abetted by GOPe fellow travelers, not merely willing to tolerate the invasion but who actively want to increase the flow.

When the 125-million-man criminal conspiracy that is Mexico falls apart completely, as it will, we are going to have to deal with the consequences. Watch the flood of illegals become a tsunami, a real refugee crisis instead of today’s fake one. Watch the criminal gangs and pathologies of the Third World socialist culture they bring along turn our country into Mexico II: Gringo Boogaloo. And importing a huge mass of foreigners, loyal to a foreign country and potentially susceptible to the reconquista de Aztlan rhetoric of leftists, both among them and among our treacherous liberal elite, would create a cauldron for brewing up violent civil upheaval right here at home.

So, what do we do? We defend ourselves, obviously. But how?

Should we be reactive? Should we continue the fake defense of our border we’re pretending to conduct today? Or should we seriously defend ourselves by building a wall and truly guarding it, and by deporting all illegals we catch inside. But would that even be enough when Mexico collapses?

It’s time to ask: Should we be proactive?

Should we invade Mexico? Should we send our military across the Rio Grande to secure the unstable territory, annihilate the criminal infestation that suppurates there, and impose something resembling order? One thing is certain. The border charade we tolerate today can’t be an option – it’s an open door to the fallout from the failing state next door.

Militarily, there are three obvious courses of action (I had input on this by several people familiar with the issue; none of this reflects any actual operational planning that I or anyone I spoke to is aware of).

One is the Buffer Zone option. We move in and secure a zone perhaps 50-100 miles inside the country, aggressively targeting and annihilating criminal gangs – we know where these bastards are – and thereby seal off the threat until Mexico is secure again and then return the territory once we are assured America is safe.

This is doable, but it would take a huge chunk of our military forces (we would need to call up most of our reserves). The conventional Mexican forces that fought would last for about un momento before being vaporized, but it would spark at a minimum a low-intensity insurgency by cartel hardliners and, at worst, a large one by Mexican patriots, probably using guns left over from when the Obama cartel was shipping them south. Regardless, it would be expensive. There is the “You break it, you buy it” rule. We would end up administering a long strip of territory full of people living, largely, in what Americans consider abject poverty. They would become our problem. Moreover, there is the giving back part – millions of Mexicans might find they like being nieces and nephews of Tio Sam.

The second is Operation Mexican Freedom, a much more ambitious campaign that would recognize what liberals already think – that Mexico and America are one country. Our forces would conquer the nation by driving all the way south, perhaps with an amphibious landing at Veracruz for old times sake and because the Marines would insist, then seal the Mexican-Guatemalan border. We would annex the whole country, making it a colony like Puerto Rico (A dozen new senators from Old Mexico? Nogracias). We would kill every terrorist drug gang member and take or torch everything they own, while simultaneously deporting every illegal from the US-Canada border to the Mexican-Guatemalan border.

Of course, that would take up pretty much our entire military and certainly spark some sort of endless guerilla conflict. We would be stuck in another bloody, expensive fight to make a Third World country cease sucking despite itself. It would make the Iraq War seem cheap. But, on the plus side, Bill Kristol and his bombs away pals would probably be excited.

Oh, in both cases the Europeans would be outraged, which is a powerful argument for these options.

Still, no. Invading Mexico is a bad idea. It would convert the problems of Mexico, created and perpetuated by Mexicans, into our problems. We tried that in the Middle East. It doesn’t work. Making Mexico better for Mexicans is not worth the life of one First Infantry Division grenadier.

But the consequences in America are our problem, and we must solve it. That brings us to the third option – Forward Defense. Think Syria in Sinaloa. We secure the border, with a wall of concrete and a wall of troops, perhaps imposing a no-fly/no-sail zone (excepting our surveillance and attack aircraft), and then conduct operations inside Mexico using special operations forces combined with airpower to target and eliminate the cartels. We would also identify friendly local Mexican police and military officials and support their counter-cartel operations outside of our relationship with the central government – they would be the face of the fight. We would channel Hernán Cortés and, in essence, we would allow friendly Mexican allies, with our substantial direct and indirect support, to create our buffer zone for us.

This avoids the problem of buying Mexico’s problems and making them ours. It’s somewhat deniable; everyone could save face by denying the Yankees have intervened. But the cartels would not just sit there and take it. They would target Americans and probably do so inside the United States. Yet that’s going to happen anyway eventually. This course of action risks the lowest number of US casualties, but perhaps the highest number of Mexican losses.

So no, we should not invade Mexico. There are no good military options, and none are necessary or wise today, but we may eventually have to choose between bad options. Mexico is failing more and more every day. We are not yet at the point of a military solution, but anyone who says that day can never come is lying to himself and to you. We need a wall, but more than that, we need the commitment to American security and sovereignty that a wall would physically represent. The issue is very clear, and we need to be very, very clear about it when we are campaigning in November. Border security. Period.

Are we going to prioritize the interests of liberals who want to replace our militant Normal voters with pliable foreigners and establishment stooges who want to please rich donors by importing countless cheap foreign laborers, or are we going to prioritize the economic security and the physical safety of American citizens by securing our border no matter what it takes?

Come on, open borders mafia, let’s have that discussion. Bueno suerte with that at the ballot box.