Kurt Schlichter
|
Posted: Jun 04, 2018 12:01 AM
Share   Tweet
The opinions expressed by columnists are their own and do not necessarily represent the views of Townhall.com. 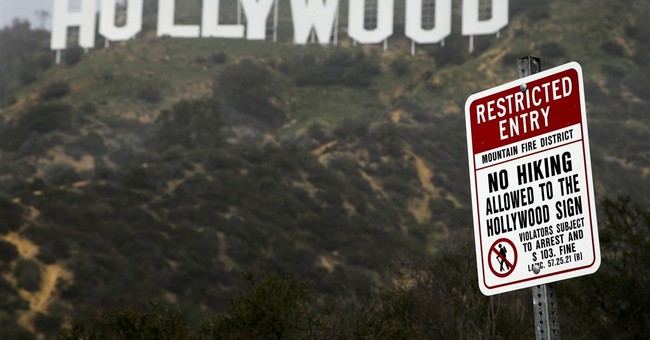 Liberals want to win the victory they can’t achieve at the ballot box by using their cultural power to systematically marginalize and exclude Normal Americans from every aspect of society – and we can’t let them. From the business world to Hollywood, we are seeing them react to their utter repudiation in recent elections by trying to intimidate us into silent conformity as the price of us being allowed to participate in the non-governmental institutions of society. We must therefore have a two-part response to this act of cultural warfare – not only must we get right back in their smug little faces, but we must also build our own cultural institutions, ones that they can’t control.

The militant Normals built this country; they can build their own institutions too.

Now, of course we can’t always build parallel institutions right away. Sometimes we need to force the existing ones to behave. Social media platforms like Twitter (in which I own stock) and search engine institutions like Google are so humongous that they are difficult to replicate (but Gab and engines like Duck Duck Go are trying). The fact is that social media is becoming our society’s primary public forum, and excluding conservatives is essentially excluding conservatives from participation in politics. That’s unacceptable, meaning we will not just sit there and accept it.

So when the social media companies start deplatforming conservatives, and engines like Google start up with antics like listing the GOP’s ideology as “Nazism,” we need to respond to their exercise of their power with the exercise of our own power – via our elected representatives. A GOP bill requiring social media platforms to explicitly and clearly explain their content policies, to disclose to banned people their exact violation, to provide a rapid, meaningful appeal process, and to provide for lawsuits (with fee awards to prevailing plaintiffs) to remedy violations is just the first step toward a regulatory solution.

The Fredocons will whine that this is not a conservative solution. Oh. Well, we tried submission and that doesn’t work for us. My conservative principles include fighting fire with a firestorm. Don’t want none, don’t start none – if you exercise your power, we’ll exercise ours. I don’t want to do it, but the two choices are 1) open, free, and unregulated platforms, or 2) platforms regulated to protect our rights. Maintaining platforms that exclude Normals is not an option. So, choose wisely Silicon Valley.

But for most institutions, we have alternative options that don’t necessarily involve leveraging our government power. When companies start deciding they want to modify our behavior by refusing to do business with people the libs hate, like NRA members, we can boycott them. We can also choose to support businesses that don’t disrespect us. There are lots of banks that don’t discriminate against those exercising the Second Amendment. By supporting companies that respect us – and not patronizing ones that diss us (like Dick’s Sporting Goods) – we are effectively building parallel institutions. But we can also create our own businesses from the ground up.

And we need to. Who isn’t sick of Starbuck’s and its insufferable limo lib condescension? There’s a space for a coffee house chain that doesn’t tolerate druggies, vagrants, and bums – “I’ll have a venti hobo with an extra shot of bindle.”

How about someone starts an objectivist coffeehouse chain called Galt’s? You can order, but the barista will make you a cup of fancy joe according to his personal vision of what your drink should be, and if you complain he will give you a 50,000-word lecture on how he won’t ever compromise his heroic java artistry. Plus, not just conservatives will love its restroom policy. Who’s in Galt’s john? Paying customers only!

Insurgent coffee houses can distinguish themselves from woke bean water joints by welcoming all Americans, not just the ones who are assimilated into the Samantha Bee hive mind. That goes for every kind of business. How excited would you be to patronize a company that has the mob show up and says, “Yes, some of our customers are outraged by what [whoever] said. We sell [whatever] and we think you can make up your own mind about politics. We are not excluding anyone. Thanks!”

Hollywood is likewise willfully alienating customers by taking sides. Think what you want about Roseanne herself, but her show touched millions of overlooked people – and the show employed hundreds of people who are now out of work. Solo, which was not woke at all, was wokeness-fatigue collateral damage because many of us expected it to be another boring lib lecture with ray guns after the last three iterations of Jedi Girl Ghostbusters in Space.

Luckily, technology is breaking down the barriers to entry into the entertainment field. Networks are no longer gatekeepers – heck, they are barely relevant. We can make our own entertainment, and we need to. How about Adam’s 12, a gritty crime procedural with conservative superstar Adam Baldwin as the grizzled leader of a dozen elite cops and prosecutors? The best part would be how the criminal always turns out to be the gangbanging scumbag everyone originally thought was guilty, instead of having the hackneyed Law & Order twist where the villain is revealed to be the rich businessman, the conservative radio host, or the pro-life activist. You know, just like in real life.

Or perhaps we could do a show about a guy on a mission worthy of Superman – patriotic actor Dean Cain starring in Dean Dean Cain, about the new conservative head of a liberal arts college fighting for free speech and campus carry against student SJWs and a commie faculty led by a bitter, lonely gender studies professor played by Alyssa Milano. Yeah, she’d take the role – she needs the cash.

Certainly Normal Americans would binge watch Nick of Time, where acting legend and bane of Twitter liberals Nick Searcy could play a conservative avenger who wanders the Red states, stepping in at the last minute to save Normal heroes like gun makers, born-again Christians, and people who work to support their own families, from oppression by wicked villains like uppity hipsters, angry atheists, and malevolent bureaucrats.

The truth is that the walls really are coming down – what good is a gatekeeper if you can just walk around the gate? Technology makes production accessible at a fraction of what it used to cost, and the ravenous Internet is starving for content. There’s nothing to stop us conservative from stepping in and doing it ourselves.

The same is true in the world of publishing. While some traditional publishers will take a chance on conservative books (like my Militant Normals, dropping in October and Derek Hunter's excellent Outrage, Inc, out in two weeks), technology like Amazon’s Kindle and publishing on-demand has let me reach many thousands with my conservative action novels about America torn apart and patriots fighting back against tyranny. And more conservatives are taking advantage of this opportunity because they are being systematically driven out of the public sphere as the old players refuse to meet the needs and wants of the Normal Americans they hold in contempt.

The best solution would, of course, be a free market in which the cultural and commercial producers supplied content solely in accordance with demand – that is, where their goal is the laudable one of just making some bucks. After all, conservative money spends just like liberal money, so there’s no incentive to discriminate. Freedom happens when the motive is profit, not ideology.

But as we keep seeing, money is not the only motivation to those temporarily holding sway over our cultural institutions. They will take a hit in the pocket book to score their cheap little points against us. We need to confront that nonsense, hard, and raise the cost of liberal virtue signaling high enough that they will think twice before trying it. But we also need to build our own institutions, institutions that meet Normal Americans’ needs, not the needs of some Silicon Valley socialist or Hollywood pinko. And if we don’t, we may well find ourselves exiled from our own society.