Liberals Surrender to the Awesome Power of Conservative Sexiness

Kurt Schlichter
|
Posted: Sep 14, 2017 12:01 AM
Share   Tweet
The opinions expressed by columnists are their own and do not necessarily represent the views of Townhall.com. 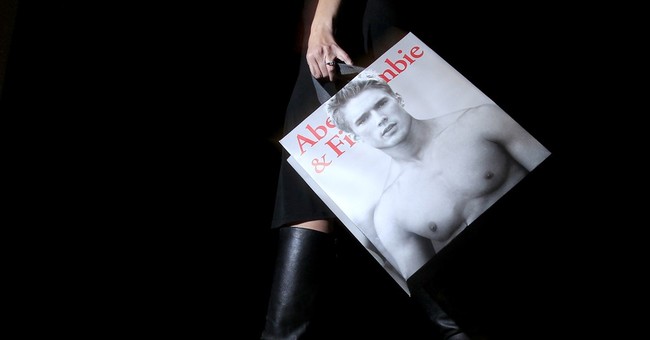 It’s pretty obvious to anyone paying attention that the future belongs to conservatives – after all, it’s we conservatives who are reproducing. And the liberals? Well, just look at them. They make the gang at The Weekly Standard look butch.

Nearly buried beneath all the stupidity of the last week was a delightful admission by a young progressive woman that if you’re lookin’ for lovin’ you shouldn’t bother looking to your left. In Glamour magazine, which apparently still exists for some reason, lib scribbler Korey Lane, if that is her real name, confessed that “ I Can't Stop Hooking Up With Trump Supporters.” Of course she can’t – once you go red, you won’t stop ‘til you’re dead.

Look, it’s pretty clear that women naturally respond to men whose idea of initiating a romantic encounter doesn’t involve crying or abject, craven apologies for bearing the biological hallmarks of manhood. But that’s what liberal women have sculpted out of the already soft clay of liberal males. Their coastal elitist mommies and daddies, or other mommies, plop them down in some leftist college where the pierced and piercing fascist feminists get to work on them. These shrill harridans, aided and abetted by university administrators who have volunteered to go full Theon, then commence to mercilessly nag the poor femboys about toxic masculinity and accuse them of imposing patriarchy – as if these weenies could ever impose any kind of –archy on anyone. Pretty soon, these broken-spirited biomales have renounced their manly heritage and are sipping Chuck Shaw chardonnay spritzers and adopting cats.

The only way to save these lost souls is a massive infusion of guns and Guinness and V8 engines, stat.

But as painful as it is for these pseudo-males to be relegated to such a sorry state of sex role serfdom, the consequences are equally agonizing for the women who must take on these mere shadows of real men as their life partners. Do women seem particularly happy with men today? Ask a single lady what she thinks about the occasionally opposite sex, but give yourself a couple hours because once she gets going on “Why men in the 2010s suck” you’re in for a dissertation.

So it’s no surprise that Korey stepped in to the MAGA camp because she is really on an unconscious quest to MAMMA – Make American Men Men Again. Sure, she says her Trump-centric crush “was ill-informed, sexist, and loved to start arguments with me,” but in the end, Korey chose him over some pajama-clad geebo who just wants to curl up in his room in mommy’s house, put on some Mumford & Sons, sip a hot cup of cocoa, and peruse the copy of “What Happened” he got for 40% off on Amazon.

When it comes to Trump men, Korey admits, “I can’t seem to stop, especially since the election.” I’ll bet she can’t. It’s only natural that once she tried a real man she got a taste for it. Somewhere deep in her subconscious, via the echoes of eons of evolution, her reptile cortex is telling her, “The guy who has the assault rifle and the muscles will be the better choice to father a brood of strong young warriors who can conquer the competing tribes, and you’ll be queen of the wasteland!” At the same time, her lizard brain is warning her, “That guy with the light blue Obama ‘HOPE’ shirt will probably scream and demand you come into the bathroom and kill the spider for him – assuming he is identifying as male that day.”

The undeniable fact is that the future is going to be controlled by those with perfect attendance. If you aren’t there, you aren’t going to rule it. Liberal spawn are few, and the lucky ones who avoid the Planned Parenthood abattoir Paul Ryan and Mitch McConnell can’t seem to stop subsidizing are not being raised as much as curated. A walk through a liberal coastal enclave means seeing middle-aged parents of young kids, mostly only children, helicopter-buzzing their offspring with their weird neuroses and bizarre fads du jour.

“ No gluten! Don’t pet that dog without rubber gloves! Running isn’t safe without your running helmet! And are you sure you wouldn’t rather wear a dress, Kaden? Because whatever gender identity you choose is totally valid!”

You can just see these useless parental units wishing, hoping, that their kid will decide she’s a boy and thereby make these bored mommies’ lives interesting and special. Oh, the pride they will feel when they get to explain to their equally empty-lived clique companions how “My Ashleighee now identifies as male, and now goes by Brint. Brint’s pronouns are ‘zig’ and ‘zug.’”

Remember that as our coastal liberal elites abandon things like traditional values and organized religion, they will fill the empty void left behind with pure stupidity.

And as for us normals, well, we need to keep on doing what we are doing – celebrating and embracing, with neither apology or irony, the normal and unique roles of men and women. And we need to keep pumping out kids – hell, conservative pundit Bethany Mandel was so eager to do that that she didn’t wait to get to the hospital and popped out her latest in the car. Her husband stepped up, ignoring the goo and the chaos, and helped make it happen, like a man. Can you imagine some wussy barista with a degree in Transgender Mime pulling that off without vapor-locking and collapsing into a weeping heap?

Yes, conservatives, be fruitful and multiply. You’re sexy and fertile, as liberals themselves attest, and that fact is only going to make the progs angrier. Sure, annoying them is its own reward, but there’s another reason. Things are going to get much, much worse before they get better, and we’ll need to outnumber these leftist drones if we’re going to save our country and our civilization.