Dear Donald: Are You Going To Let Yourself Go Down In History As A Loser?

Kurt Schlichter
|
Posted: Aug 22, 2016 12:01 AM
Share   Tweet
The opinions expressed by columnists are their own and do not necessarily represent the views of Townhall.com. 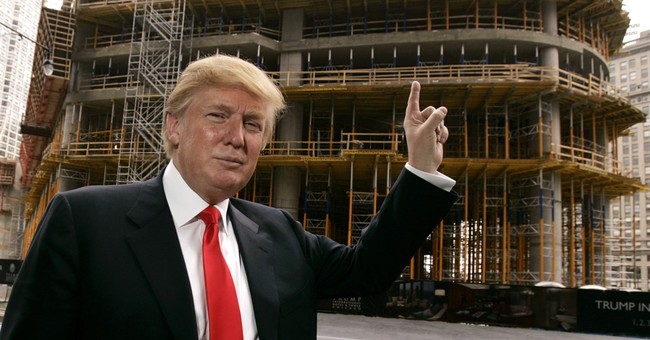 Hillary is laughing at you. She thinks you’re a loser. Right now, she’s beating you. Crushing you. Humiliating you. And it’s all your fault.

If you lose – when you lose – you can’t explain it away as a rejection of your ideology, since you don’t have any coherent belief system beyond your own wanting. It will be all on you. Your defeat will be your personal failure. You will go down in history as a joke, a clown, a legendary choker. Donald Trump, the one guy besides Jeb incompetent enough to lose to Felonia Milhous von Pantsuit.

Michael Dukakis will use you as a punchline. Are you going to let that happen?

Time to get serious. Time to grow up. Time to start winning again.

And it all begins with you. We hear a lot about whether “Trump is going to keep on being Trump.” Well, you know yourself well enough to know that you can’t change your essential self, so you better decide which Trump we’re going to see. Will it be the bozoesque buffoon Trump, the man-child incapable of focus and discipline, or the Trump who crushed 15 legit GOP candidates plus Jeb?

Be the winner Trump, the Trump who speaks fearlessly for the half of the country that is actively ignored when not being actively dumped upon by the snooty Omega House that is Hillary’s coalition. Only that Trump can break through the lapdog media’s wall of protection guarding their horrific mistress from exposure and accountability. She’s weak. She’s vulnerable. And she’s not scared of you anymore, though, because she’s dumb – flunking the Washington D.C. bar exam dumb.

You can take her. She’s never won anything she wasn’t handed to her by her hubby’s pals. Are you going to let this puffed-up nobody beat you?

You’ve had a few good days lately. The polls are improving just a bit, down from the massive rejection you experienced when you chose to keep digging after picking a fight with that Gold Star guy. Is he a Hillary shill? Yeah. You think anyone outside the politics game – which you are now in, Donald, like it or not – cares? Would you have cared back when you were outside? You have a big advantage over Bubba’s Sex Scandal Janitor – you can remember what it’s like to be a (relatively) normal, nonpolitical person. Use that!

People want to be able to vote against Hillary – who truly wants to listen to America’s Ex-Wife nagging at them for the next four years? Your North Carolina speech was good, surprisingly good. When you talk to people directly and stay on point, you are solid. I was in a room full of people inclined to dislike you during your convention speech; by the end, they were cheering. That’s the Trump the media wants to bury; those hacks want the off-the-cuff, easily misrepresentable Donald. Stop giving him to them.

Utilize your children – who all seem intermittently impressive, but also seem unclear on the concept of working hard at crunch time. It might help if they didn’t take off for a freaking Croatian jet ski adventure with Hillary donor David Geffen or an African safari while you’re trying to do this president thing. Do you think a fresh photo of your boys smiling beside the corpse of some innocent wildebeest they just capped would be 1) helpful or 2) super unhelpful?

You need to bring in some other people too. I heard that your bright idea is to ask well-known, competent people to come work for you as volunteers. Donald, pros get paid, and they certainly don’t work for free for a guy they don’t particularly like personally. Open that wallet you can’t shut up about and buy some talent.

Listen to their common sense advice. Now, some of your out-of-the-box thinking might pay off. It may be smart to keep sitting on your cash until the homestretch instead of blowing it on ads in August while people are obsessing over what Ryan Lochte and his bros were doing in that Brazilian bathroom. But I’ve been told by reliable – and disgusted – sources that you are refusing to do any debate prep. That may be your dumbest idea since Ivana talked you out of letting Bill Clinton babysit for teenaged Ivanka.

Time to get serious. Time to work. Do you have any doubt the mainstream media hacks moderating the debates are going ensure they go something like this:

“Madame President – I mean Ms. Clinton – your hard work and dedication to the American people and for world peace are legendary, but with all your efforts toward improving the lives of others, how do you find time to be a role model for wives, mothers and grandmothers everywhere?”

“And Mr. Trump, after insulting minorities, women and the parents of those Army people we liberals pretend to like every election year, can you tell us the name of the President of Tajikistan’s veterinarian’s cousin?”

Oh, and you know they are going to bring out a map. Hint: You might want to know where Syria is.

Speaking of maps, get one showing the winnable battleground states and go campaign in them. Connecticut? Did you drop acid? But going to Louisiana while Hillary slept off her latest hangover and Obama chilled with commie movie stars was genius. You should have written a $1 million check to the victims and challenged Hillary to do the same, since “All she has to do is give four more 20-minute speeches to her pals at Goldman-Sachs!”

Finally, you have to make inroads into the communities who have thus far rejected you. Keep on pushing your Supreme Court nominee list. Among conservatives, there are many #NeverTrumpers who detest you but detest Hillary more. At some subconscious level, they are hoping you can give them a lifeline that will allow them to vote for you. And keep at the minority communities, because they know the Democrats have betrayed them. If you can push yourself to 20 percent in the black community – a number that is doable – you will give Clinton fits. Go to inner cities in battleground states and do rallies. Lay out, in that inimitable Trump style, what you are offering. Make the deal! You’ll know it’s working when the mainstream media freaks out. Just try not to say something the lying media can paint as racist.

So Donald, if you want to avoid being a joke, if you want to keep your children from spending the rest of their lives being laughed at, you need to get serious. But Hillary doesn’t think you can. She thinks she’s better than you. She thinks you’re a loser.

She’s laughing at you. Are you just going to take it? Or are you going to show that unaccomplished nobody who the real winner is?