Don’t Argue With Liberals – It Only Encourages Them 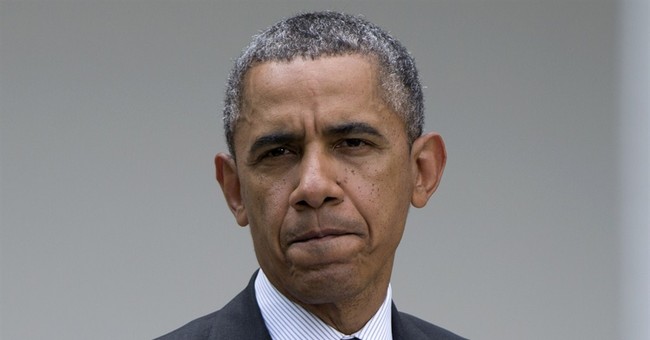 But if you do choose to argue with a liberal, understand that your purpose should never be to change the liberal’s mind. You're not going to change the liberal’s mind. Instead, if you choose to argue with a liberal, you should do it for one of two reasons – to either win over people who have not yet made up their minds, or to support people who already have begun to understand the truth.

The truth is that conservatism is an ideology that is in accord with natural law and basic human decency, while liberalism is merely the summit of a slippery slope leading down to the hellish depths of collectivist misery.

Liberals aren’t going to like to hear this manifest and demonstrable truth. So you’re going to get called “racist,” “sexist” and “homophobic,” even if you’re a conservative black lesbian.

What you are not going to get is an argument. An argument is a collected series of statements designed to establish a definite proposition. Arguments involve the presentation of facts and evidence from which one draws a conclusion. Implied within the concept of an argument is the potential that one might change his conclusion. But liberals start with the conclusion.

Liberals are only concerned with argument, or what superficially appears to be argument, as a rhetorical bludgeon designed to beat you into submission. They aren’t trying to change your mind. They don’t expect you to agree with them. They don’t even care whether or not you grow to love Big Brother.

They just want you to shut up and let them run rampant. If you understand that, you'll be fine.

There are two basic tactics to choose from when responding to a liberal pseudo-argument, defense and counterattack. Without getting too detailed and infantry-nerdy on you, think of defense as simply preventing a loss. You're holding your ground. The counterattack, however, lashes out to seize the initiative and defeat your enemy.

Both have their uses. When you defend, you are generally responding to the pseudo-argument the liberal is making. A liberal will start advocating some nonsense and you reply to what he says. You may choose to use examples of liberalism's many failures to illustrate how collectivism is a prescription for disaster. For example, some pinko starts crowing about how eight million suckers signed up for Obamacare. A good defense might involve raising the question of how many of those eight million have actually paid for it.

But the problem with defense is that it treats a liberal "argument” with a respect it doesn't deserve. You dignify liberal silliness with a response when all it deserves is mockery and contempt.

There are many good reasons to choose the approach of treating the liberal like he is a terrible person with terrible ideas who seeks to impose a quasi-fascist police state upon America, including the fact that it's all true.

Let’s try a counterattack battle drill. Some doofus with a “Capitalism Is a Patriarchal, Cisnormative Hate Crime” t-shirt starts babbling about “privilege.” The undecideds start listening, their jaws drooping slightly. Some of the more conservative ones are silent, not wanting to be labeled racist by some geek whose grandfather came from Oslo. You need to act. So you causally inject the question, “Hey, why are you an eager and active member of a political party that made a KKK kleagle a beloved Senate Majority Leader?”

Then you mention that you’re a member of the party that fought slavery and didn’t turn hoses on civil rights marchers. Then you finish by announcing, “Well, I’m going to stand with Dr. King and judge people by the content of their character.” It’s optional whether you then get up, scream that the liberal should have issued you a trigger warning about his racism, and leave.

But be careful – the liberal may totally spit in the next latte he sells you.

Some people might question whether this kind of Alinsky-esque tactic means we are stooping to the liberals’ level. Except the liberals’ level is six feet underground, where the victims of collectivism lie buried. Anyone not willing to take the fight to them simply empowers their liberal fascist fantasies.

If you're trying to win an Oxford Union debate with a liberal, you’ve missed the point. This isn't about the Marquess of Queensberry’s fussy little rules. This isn't about some sort of extended-pinky exchange of ideas over a fine glass of port. This is about fighting for our way of life and our fundamental rights against the intellectual heirs of Stalin, Mao and Hitler.

Attack. This is about winning. First prize is freedom. Second prize is tyranny.