Jane Austen and the Bronte Sisters on REAL Feminist Goals

Kristan Hawkins
|
Posted: Dec 21, 2017 12:01 AM
Share   Tweet
The opinions expressed by columnists are their own and do not necessarily represent the views of Townhall.com. 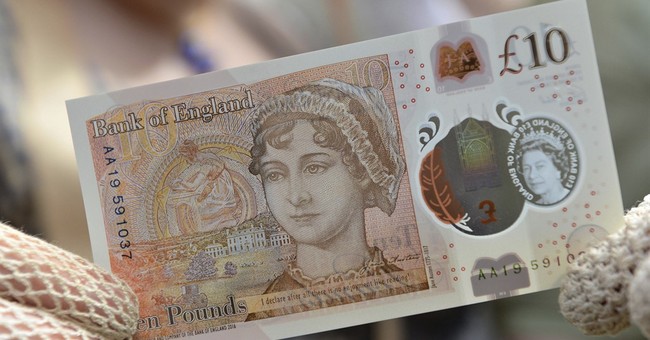 As we approach a holiday in which an almost single mother and a step-father welcome a special baby born during a forced journey to comply with a government order, it’s interesting to ponder how women’s interests have been evolved from empowering women in the context of their lives and families to focusing on things that ensure they don’t have families at all.

Today’s mainstream feminists work to enforce an agenda for women that has been reduced to a single issue and one group of people (not necessarily female): abortion and any who pledge allegiance to that cause. First wave feminists like Susan B. Anthony and Elizabeth Cady Stanton have been replaced by Planned Parenthood apologists who ignore the kinds of issues that once united disenfranchised women. On my on-going speaking tour of Ivy League colleges, discussing the misinformation campaigns that pollute too much of modern day feminism, I’ve realized the one of the best ways to illustrate how self-appointed mainstream feminists have lost there way is to recommend that students take a literature class.

If you want to see just how far gone many modern day feminists are consider the world of Jane Austen, Emily and Charlotte Bronte, in stark contrast to the whining tour of Hillary Clinton and her current apologists. Her reasons for a failed campaign never include her leadership or political agenda, but rather things like the misogyny that's "endemic" to America or that the men dropped the ball (like Barack Obama or Bernie Saunders) by not doing enough to help, or that old canard about women being too whipped to think for themselves.

During her campaign, Clinton and her allies were direct that a vote for her was a vote for abortion and all that Planned Parenthood wanted to sell. They were dismissive of women who didn’t share their views … and they were dismissed in the election.

While I, like the overwhelming majority of Americans, believe in the goal of our feminist foremothers, equality for all human beings including the right of women to vote, to own property, to speak publicly, to chose and to fulfill their educational, career, and family goals, I’m sure the self-proclaimed leaders of today’s feminist movement and those lingering second-wave feminists of the 1960s and 1970s would tell you that I don’t belong, that in fact I’m not welcome. I’m not a “feminist” because I don’t support abortion.

But feminism used to be about empowering women who faced legal and social situations that crippled their futures. One afternoon in a library would illustrate what I mean.

In the world of the Bronte sisters and Jane Austen, women were treated like second-class citizens, whose diminished economic opportunity stemmed from patriarchal inheritance laws, blocked access to education, and crushing societal expectations.

With potent pens, the authors illustrated that their heroines faced dire circumstances BECAUSE they were women.

Consider that in Pride and Prejudice, Elizabeth Bennet and her four sisters are forbidden to inherit their father’s estate and will be penniless and homeless should he die, leading to their mother’s rather painful match making, and eventually to Mr. Darcy. In Sense and Sensibility, three girls and their mother are tossed from their home when a loving father dies, and his son by a first marriage abandons them at the urging of a greedy wife. Marianne and Elinor find love, though not a simple path, and for Marianne in particular one wonders if her feelings for Colonel Brandon were partially flamed by his resources after she is jilted by a fortune hunter.

In Mansfield Park, Fanny Price is a poor relative, living with extended family, navigating a dynamic in which her lack of options keep her right where she is, in a dark story of social pressures. In Emma, the rich heiresses plays match maker for a bastard girl who is considered lucky when a farmer makes her an offer. Her friend’s prospects are compared again and again against Emma’s, and the lack of options is clear.

Women’s crushing pressures portrayed with Austen’s light touch become darker as the Bronte sisters, who suffered at the hands of their father, explore doom, loss and lack of choice. In Jane Eyre, Charlotte Bronte writes a painful story of a girl who wants to make her own way, keeping her conscience clear, even as she loves the troubled, married Mr. Rochester. And who can forget Emily Bronte’s Wuthering Heights, a tragic love story in which poverty and family crush the lives of Heathcliff and Catherine and the children that endure them.

Still, you don’t have to look back to the Victorian age to see women in our world today whose futures are limited because economic advancement is controlled by a patriarchy. Modern day feminists who talk endlessly about abortion remain too often silent about women in other cultures whose lives are controlled only because of their sex.

On my speaking tour, some feminists have taken offense of my criticism of a movement that once sought to empower women in whatever role they chose. But I didn’t leave feminism behind; it left me. In working with Generation Z and Millennial voters nationwide on all kinds of campuses, I know firsthand that today’s women want more than abortion, that for the majority of students pre-born life is valued and that success means more than just a career.

Jane Austen once said, “Give a girl an education and introduce her properly into the world, and ten to one but she has the means of settling well, without further expense to anybody.” That drive for self-empowerment is what I find on college campuses among women today, who don’t rely on a feminist label and whose futures are brighter than ever.

Share this on Facebook
Tweet
FBI Confirms Remains Found in Wyoming are Those of Gabby Petito
Landon Mion
MSNBC Host Says Gabby Petito's Media Coverage is a Case of 'Missing White Woman Syndrome'
Landon Mion
They Revolted? Haitian Migrants Took Control of a Federally-Contracted Bus at the Border
Matt Vespa
Bob Woodward: Milley’s Call with China was Made ‘in the Interest of Protecting the Country’
Landon Mion
Psaki Confirms Border Patrol Agents Will Be Disciplined For Protecting America
Katie Pavlich
'Where Is She?' MSNBC Host Rips Kamala Harris For Being a Miserable Failure on the Border
Matt Vespa