Kimberly Guilfoyle  |  May 06, 2020
The opinions expressed by columnists are their own and do not necessarily represent the views of Townhall.com.
Top Columns
Trending on Townhall Media 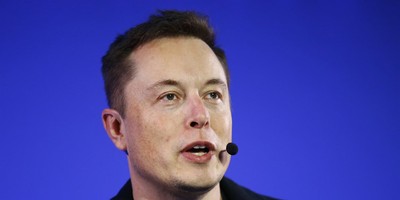 During the 2018 Supreme Court confirmation hearings for Brett Kavanaugh, Senator Lindsey Graham tore into the Democrat’s smear campaign against the nominee, shouting, “Boy you all want power, I hope you never get it.” Now, less than two years removed, Senator Graham is being proven right as hypocritical Democrats scramble to defend Joe Biden against a serious allegation of sexual assault.

The #MeToo movement, at its inception, did not see partisanship. From the Hollywood hills to state capitals across the nation, the #MeToo movement rightly exposed the misdeeds of powerful, horrible men without regard to their partisan allegiance.

For many women who had previously suffered in silence, they were provided with an opportunity and platform to be heard. Sadly, it was quickly co-opted and weaponized by Democrats who care more about political power than truth.

It’s a stark reality that is playing out right now as Tara Reade, a former staffer for then-Senator Joe Biden, speaks out. Her story rings of familiarity in a post #MeToo era. She was a young, aspirational staffer who, in her own words, “wanted to be a senator; I didn’t want to sleep with one.”

“It happened all at once, and then … his hands were on me and underneath my clothes,” Reade told podcast host Katie Halper on March 25. “He said ‘come on, man, I heard you liked me.’”

Joe Biden, who was married to his current wife, Jill, at the time of the alleged assault, quickly denied the allegations through his campaign. Instead of calling for an official investigation though, he put the responsibility to vet the allegations with a biased media.

However, Biden’s hurried denial is not what is surprising. Instead, it’s how the media and Democrats have responded — or to put it more accurately, have not responded.

In the case of Kavanaugh’s accuser, CNN ran five separate stories on the day The Washington Post first reported the allegations. The New York Times was up with their own article nearly immediately after the first report. Senator Dianne Feinstein, who had been sitting for weeks on the claims, announced her opposition to his nomination and referred information to the FBI.

In that case, there was never a single person who could corroborate the story of his accuser, while several people, including the accuser’s best friend at the alleged party, came forward, on the record, saying that it never happened.

Yet, that didn’t prevent Democrats and their liberal allies in the media from going completely apoplectic. Sensationalizing every detail, protesting in the streets, and completely smearing a man who deserved a presumption of innocence. It was a sad moment in history.

Unfortunately, here we are today, with a woman who has come forward to tell her story, and the media has largely turned a blind eye, while the Democrats have lost their voice. Those who have responded, have done so using talking points that have been carefully crafted by Biden’s campaign.

One can understand the selfish nature of narcissistic politicians trying to position themselves for the Vice Presidential nomination, but do none of these Democrats believe in the importance of knowing the truth? Many of them even joined Joe Biden in saying, “women deserve to be believed,” back in 2018 when it was politically useful.

Since coming forward, Tara Reade’s allegations that Joe Biden sexually assaulted her have been corroborated by her former neighbor and current Joe Biden supporter. Additional evidence has also been discovered, including a resurfaced clip of “Larry King Live,” where Reade’s mother calls in complaining about “problems” her daughter faced while working for a prominent Senator.

Of course, it wasn’t CNN that uncovered the footage through digging in their own archives — instead, CNN was one of the last news organizations to cover it. The New York Times and The Washington Post took 18 days to cover the allegations. And according to Reade, not a single broadcast television network, like ABC, CBS, or NBC, have even reached out to ask for an interview.

In the case of the Times story, the following sentence was removed at the request of Joe Biden’s campaign, “We found no pattern of misconduct by Biden, beyond hugs, kisses and touching that women previously said made them feel uncomfortable.”

It’s like saying, ‘Besides the evidence of a pattern, there is no pattern.’ It’s clear why Biden’s campaign wanted the sentence removed, what’s unclear is why a political campaign has editorial control over an “independent” news organization.

When Biden finally addressed the allegations personally after hiding behind campaign statements for weeks, he focused on boasting about his own record as a legislator and questioning the integrity of his accuser. Incredibly, many Democrat elected officials and mainstream media outlets flipped the #MeToo script — instead of implicitly believing Biden’s accuser, they automatically trusted Biden’s word.

It is now clear that the #MeToo movement has been co-opted. It has been weaponized. And, sadly for the past and future victims, it has been destroyed by Democrats and their pursuit of power.

Most devastating yet, the very institution that is supposed to hold our elected leaders accountable is allowing this story to pass like a boat in the night. All while the Biden Papers and potential evidence against the presumptive Democrat nominee remain behind lock and key.

I agree with Senator Graham: Democrats will do anything for power. I sure hope they never get it.

Kimberly Guilfoyle (@KimGuilfoyle) is a Senior Advisor to Donald J. Trump for President, Inc. and National Chair of the Trump Victory Finance Committee,