If Your Child Behaved Like Donald Trump Would You Be OK With It?

Kimberly Fletcher
|
Posted: Feb 29, 2016 11:39 AM
Share   Tweet
The opinions expressed by columnists are their own and do not necessarily represent the views of Townhall.com. 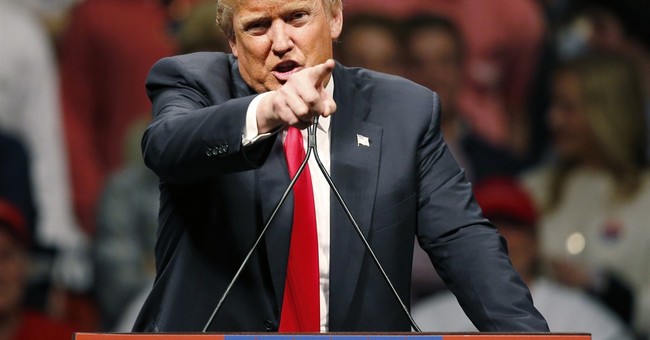 As Super Tuesday draws near and Americans from 12 different states choose their candidate, I want to make one final plea to my friends, fellow tea partiers, patriots, conservatives, and Christians, who will be voting on Super Tuesday.

I know you’re tired of losing. I am too. I know it feels good to have someone voicing our frustrations and be heard for a change. I know it feels like voting for Trump will send the establishment, the media, and everyone who has ignored us for the past eight years a powerful message. I know it feels good to finally feel like we can win. But please, for one moment, before you mark ballot, consider what we’re winning. And ask yourself, if your child behaved like Donald Trump would you be okay with it?

Before you jump on the “You’re just a Trump-basher” bandwagon, I ask you, as one of you, to please hear me out.

I know how frustrated you are. I’ve been on the frontlines of freedom fighting this fight for 16 years—a mere fraction of the years many of my friends have spent—and I can assure you, we are extremely frustrated. I was thrilled in 2009 when the liberty movement emerged and so many Americans became engaged. It was absolutely exhilarating to see Americans start to search their history and study the Constitution. The National Center for Constitutional Studies has been teaching Constitution Seminars for decades. I only needed 30 people to hold one but I couldn’t ever find enough people interested. In the fall of 2009 I had 200 people sign up—and a waiting list, because 200 was all the room would hold. I hosted several more seminars after that including one in the Ohio State Capital building for State Legislators. It was energizing and inspiring. And while I loved seeing rallies overflowing and rooms filled to capacity, I knew it was only a matter of time before people started going back to their lives and stop paying attention again.

It’s not a criticism; it is just a fact of life. We all have families, jobs and obligations. We don’t have time to march on D.C. every time our elected leaders ignore us. And really, what good does it do when we take time out of our lives and money out of our checkbooks to fly to Washington D.C. by the hundreds of thousands –twice—and are still ignored?

So now, after putting our hope in the Supreme Court—only to be disappointed; and then in the 2012 election—only to get Barack Obama for four more years, we find ourselves angry, frustrated, fed up—and putting all our hopes in one man. Though I know you neither want to hear it nor believe it, if you put all your hope in Donald Trump, I assure you, you will be disappointed once again. The tyranny and oppression in our country is too wide and too deep for one person to fix it—no matter how loud or aggressive they are. Our state legislatures, city councils and school boards are just as bad, sometimes worse, but we completely ignore them. An election cannot make America great again. Donald Trump cannot make America great again.

Only you and I can make America great. So I have to ask again, if your child behaved the way Donald Trump does, would you be okay with that?

We are sending a message to our children folks. They are watching us. What message does it send our children when we say it’s okay to vote for someone who is rude, abrasive and vulgar as long it’s directed toward someone we’re mad at?

What message does it send our children when we support someone who says, “I could shoot somebody and wouldn’t lose any voters.”

What message does it send our children when we vote for someone who publically and unapologetically cheated on his wife, uses vulgar, degrading language, and openly advocates a sexually immoral lifestyle?

“That's right,” says Hagelin, “if the GOP continues down this path of madness we will have a presidential nominee that degrades women, has bragged about his adultery, has made money off of strip tease shows, and a First Lady that has posed totally nude.”

Neil Postman said, “Children are the living messages we send to a time we will not see.” What message are we sending?

If you would not be okay with your children behaving the way Donald Trump does then why would we want him to be our president?

Heaven help us if this is the message we decide to send our children.