Do YOU Think Elections Matter?

Kevin McCullough
|
Posted: Jan 16, 2022 11:00 AM
Share   Tweet
The opinions expressed by columnists are their own and do not necessarily represent the views of Townhall.com. 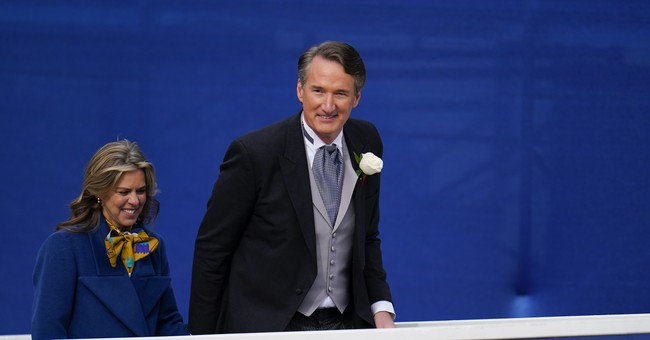 Did you see it?

Like a bolt of lightning, some major changes occurred. The tale of two cities lives!

This weekend Glenn Youngkin was sworn in as The Commonwealth of Virginia’s 74th Governor since 1922. And before I could write these words he’s already done much to make his state one of the freest in the Union.

Upon inauguration, he kept three campaign promises. He undid the mask mandates, he undid vaccine requirements, and he banned the teaching of racism in public schools—bringing to an end the teachers’ union’s unhealthy flirtation with Critical Racy Theory for Virginia school children.

And he wasn’t the only elected official to immediately make an impact.

Upon being sworn in the new Attorney General for the state announced investigations he was immediately opening into the state parole board and the Loudon County Public Schools. The aim is to immediately and transparently (in the parole board’s case) uncover the corrupt practices that have allowed murderers and rapists to walk free, earlier than their minimum sentences required, and without notification of their victims.

He also has pledged to get to the bottom of why the school system allowed a sexual assault to take place, and then for entirely political reasons covered it up. (I mean it’s just such a shock that letting biological boys into biological girls’ locker rooms and showers would ever go wrong… right?)

Bottom line. The new state-wide leadership in Virginia—within minutes of taking their oaths of office, are busy protecting the tax-payers, parents, children and innocent victims of violent and heinous crimes. They are not worried about what people who disagree with these simple and straightforward ideas have to say.

Please contrast these developments with the week that just ended for the administration that is 106 miles north of Richmond in Washington DC.

They are working against the people of the nation to “lawfully” create unlawful elections—trying to federalize methods that would allow for unending widespread fraud for every election in perpetuity.

When they realized they did not have the votes to accomplish that the cabal attempted to break the rules that restrain them and end the constitutionally protected filibuster.

Failing to succeed there—after having already lost on the only other single initiative they’ve put forward in 13 months (Build Back Broke)—they were slapped in the face with a reminder that the Supreme Court and Congress still play roles in the life of the nation losing 6-3 on abuse of executive powers and unlawful medical mandates.

You may have questions about how the country has slid into such destruction if the group has been so unsuccessful on the legislative front.

*President Biden’s rapid abuse of executive power is the answer.

We must recognize the chasm of the two options and choose to stop the greatest evil of the two. We absolutely will be required to engage, find, and work for the right kind of candidates who wish to serve. We have to hold them to some non-negotiables.

The right candidates will be required to work hard.

The right candidates must be willing to prove their character and love for America.

The right candidates will have to fight criminals and embrace the law.

The right candidates will seek and implement the moral good for the people they serve.

In other areas across America, that message continues to grow. The fires are stoked for change for this November.

With plummeting approvals, internal strife within the ranks, and utter incompetence from the office of the Vice President, to the Press Secretary, the opportunity is ripe.

SNL turned on Biden for the first time since the election this weekend. (Don’t expect that for long.) The admissions that they are in over their heads is written in the minds of the American people, our pop culture and certainly the intelligence memos of our enemies.

Thankfully yesterday Virginia gave us a reminder of what we can work towards and expect.

Now it’s up to the other forty-nine to apply the heat to their elective futures as thoroughly as Virginians did in 2021.

So as Rip Wheeler would say, while setting his tin coffee cup down on the bunkhouse kitchen counter, “Let’s go to work!”