Antibody Testing: Proves We've Been Had!

Kevin McCullough
|
Posted: Apr 23, 2020 3:30 PM
Share   Tweet
The opinions expressed by columnists are their own and do not necessarily represent the views of Townhall.com. 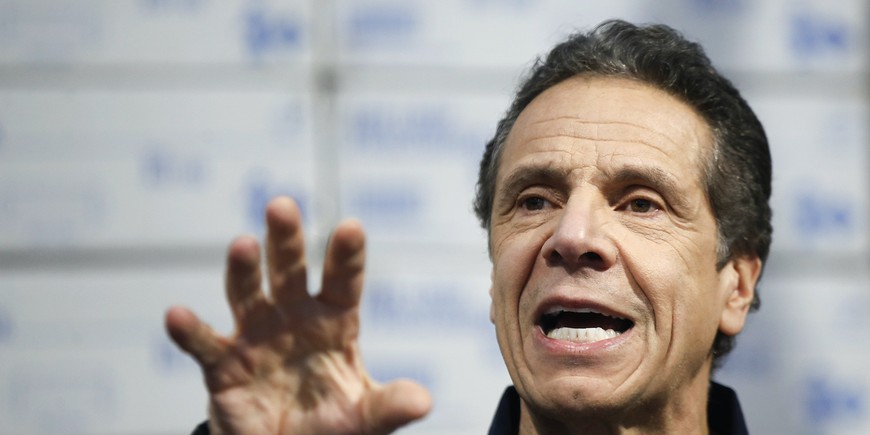 There is simply no other way to state this.

Nearly everything we’ve been told about models, rates of infection, deaths, and recoveries was inaccurate.

I’m not here to argue that it was malfeasance or ignorance — both are unacceptable. But the one thing that Governor Andrew Cuomo’s stunning announcement made clear on Thursday is that there are some pretty shocking — and what should be — reassuring truths.

Cuomo announced that antibody testing in New York state, which only began four days previous, was already demonstrating that at minimum 13.9% of New Yorkers, had COVID-19 late stage antibodies.

The implication of this is a shockwave to the system.

We’ve been told that the true death rate is 7.4% in New York. We were told there would be hundreds of thousands dead. We were told that this was worse than the flu, which has still recorded more deaths to date in this past flu season—even though the CDC instructed medical personnel to start counting influenza, heart disease, pulmonary, respiratory, drug overdose, and possibly even car crash deaths as COVID-19 deaths.

We were told that we had to upend an economy, go into solitary confinement, and divorce ourselves from normal life because this would rage beyond any previous pandemic. We were told that this virus with 846,000 current confirmed cases was worse than the H1N1 that broke out on Obama’s watch that infected 60,000,000 people. (We were conveniently not told that Obama had authorized $3.7 million U.S. tax dollars to be used at the Wuhan Institute of Virology to utilize corona viruses in bats in 2015 — but that’s yet another deception of omission.)

But none of these “truths” turned out to be so.

A couple of other observations are extremely relevant. To begin with the flu — which has no vaccine but rather a randomized version of a shot designed to help develop antibodies to fight the version of the flu that “smart people” *think* will be the primary version that particular year — has remedies that physicians prescribe in primary care on an as needed basis. So we’re not accustomed to thinking that the flu is this deadly killer that all of life must be shut down to prevent. CoVid19 had no known treatments at the beginning of the breakout, and for political reasons—and possibly financially incentivized ones to boot—the most effective treatment for CoVid19 became a political football. Even the supposed “negative” trials that were reported on this past weekend, had cherry picked subjects that were mostly late stage victims of the virus. As Dr. Vladimir Zelenko pointed out on my show this week, doing so created the negative outcomes “purposefully & by design.” When used under a physician’s care, in the primary care basis, and early on after testing or onset of symptoms, the hydroxycholoroquine, azithromycin, & zinc cocktail reduced the rates of deaths and long term infectious stages. Zelenko’s numbers to date: 1,450 patients treated, two deaths, four ventilator cases (all fully recovered,) and all others recovered. Zelenko and other physicians using the treatment are releasing the world’s largest Meta-study to date within the next few days that will examine more than 2,000 confirmed cases.

The antibody numbers from Cuomo also scream one other harsh reality. The virus was in America long before January.

No thanks to the Communist Chinese Party — who bear the sole responsibility for every American who died from CoVid19 — the infection made its way to American sooner than we had believed. With three flights a day from Wuhan to New York’s John F. Kennedy airport alone the virus was being imported faster than understood.

Since going into national lockdown we’ve also failed one other key component of recovery from this virus—herd immunity. We’ve developed not nearly enough of it. For if 2.5 million New Yorkers were able to fight it off without any treatment at all—unaware they even had it—how much more immunity did we miss out on creating by simply sheltering everyone in place?

We are well on our way to a vaccine. We’ve also got a $12 treatment with the hydroxychloroquine cocktail that has smashed Brazil’s fatality rate by 95%.

Most importantly we’ve got millions upon millions of Americans who have been exposed to CoVid19 and who now have the late stage antibodies that demonstrate immunity.

It is time to acknowledge these facts, draw the necessary conclusions they lead us to, make changes for the benefit of the American people (for once), and end this nightmare.

Thank you Governor Cuomo for acknowledging it, now let’s go!