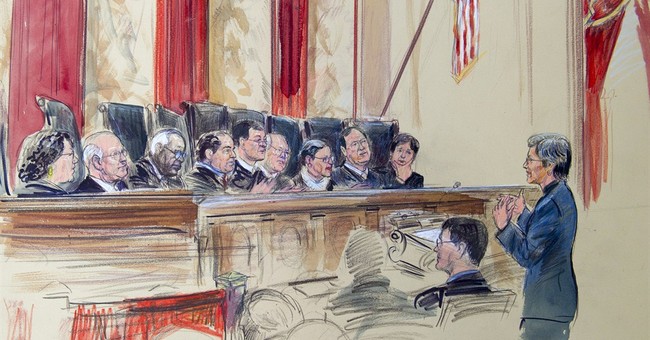 We live in the day of the unreal. The misdirected. The re-channelled.

We do it all based on emotion. As most of the social media denunciations of Christians this weekend chastised them for ignoring (in their words) the command of God to “love” people, the very same youthful, ignorant, and misinformed forgot all about the portions of the Bible that call us to sacrifice, obedience, and trust.

The new hashtag that is being championed around the twitterverse, cybersphere, and interwebs is #LoveWins. The uninformed—including the President, who was one of the first to use it—believe they are doing so in an expression that reinforces a Biblical idea. But it’s not.

In fact the boastful, gloating, hubristic #LoveWins is oxymoronic from the scriptural viewpoint.

Love, as described by the scriptures’ most definitive passage says, “Love is patient… kind… does NOT boast… Is not rude… is not self-seeking… is not easily angered… is not proud… (no pun intended) keeps no record of wrongs… and always rejoices WITH THE TRUTH!”

By boasting the #lovewins, the very purveyors of that expression are distinctly demonstrating that they don’t actually know much about love.

Likewise those that support same-sex marriage (and oppose God) seem genuinely unaware that many who opposed redefining marriage legally did so because of a belief that one of the worst ways to love another person is to give them things that are untrue.

But we don’t care much about what reality actually is as a culture. We’ve instead embraced things that merely tell us what we want to hear.

On marriage it started when Ronald Reagan signed the first “no fault” divorce statute into California law as governor. In fact the action by the Supreme Court this week is both the natural progression of that bill that Reagan signed, as well as a far smaller influencer as to the damage its done to the institution of marriage.

To even get to the decisions the Supreme Court came to this week they actually had to imagine the Constitution addressing something it is completely silent on.

They are also merely the latest in a long line.

As the world celebrated the “transition” of Bruce Jenner into Caitlyn another disconnect from reality emerged. Though one’s DNA, biology, and cellular identity will forever be determined as the sex God gave them at birth, the belief that embracing the opposite is what is needed for them to feel fulfilled is championed by our emotional, boastful culture.

No matter how perverse the disconnect is, a progressive culture will never criticize it, never limit it, never explain that restraint might be healthier.

Which is why Rachel Dolezal became a cause celeb even though common sense told us she was whack. Her parents were white, but she couldn’t answer on television camera the simple question of what she “was.”

Simply because “truth” is no longer the basis for what is “real.”

Mankind wishes to live by our emotions, because we fundamentally wish to do away with God.

The objective moral origin, center, and creator of the universe annoys us. So He is the problem. He must be legislated away, scorned from cultural relevance, and adjudicated from first the laws of the land and eventually from the pulpits of His own church.

All the rest of it is non-sense.

A man’s reproductive system fits the need and design of a woman’s. A person is an actual descendant of the ethnicity of their parents. And a father’s DNA will remain male regardless of how many hormones he takes, dresses he buys, or body parts he removes.

In a sense our trouble is not new.

Our problem in its most basic essence is the same as it was for Adam when God came looking for he and Eve after they had eaten of the tree of the knowledge of good and evil.

God wanted their best, and they wished Him to mind His own business.

The only problem being that when He is the source of all that IS real, it’s never quite that simple…