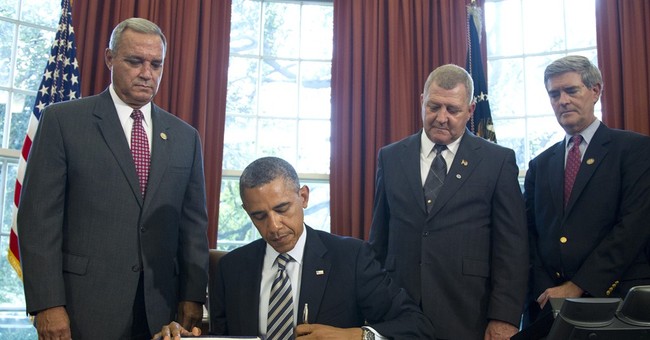 Last week the executive branch of our nation's government seemed recklessly ignorant of nearly everything related to their job. For a group of highly educated, highly accomplished, highly perched folks who seem to regularly look down on regular Americans they seemed extraordinarily ignorant of things they should at least have basic knowledge of.

The President claimed he had no idea of the findings of the IRS' Inspector General's report citing systemic agency wrong doing until he "saw it on the news (like the rest of the American people...)" The Attorney General said, "I don't know" so many times before congressional committees last week that private citizens began doing montages of the collected admission of ignorance for their YouTube channels. Then on Friday--trying the President's tactic--the outgoing IRS Commissioner reverted back to being unable to know anything until he had seen it "in the press."

While campaigning in 2008 & 2012 this administration asserted things all the time. When they made assertions they seemed nearly offended if someone questioned them. For after all they are a bunch of highly educated, highly accomplished, highly perched folks who seemed to think they had the right to look down on regular Americans.

But that's largely the way it's been for much of the last few years.

When running for office this President referred to people who knew their Constitution (normally in spite of their public education, seldom because of it), and worshipped God, as "Bitter Clingers."

After winning office he had his Secretary of Homeland Security classify people who lawfully owned firearms, happened to go to church, happened to respect the lives of unborn children, happen to have previously served in the nation's military, happen to strongly support the nuclear family, happen to pay their taxes, happen to walk dogs, or happen to wake up on Tuesdays and make it to their place of employment, labeled "potential extremists."

Meanwhile he removed "Islamic terrorism" from the White House lexicon, and called acts of terrorism on American soil "workplace violence."

The scandals bleeding profusely from the executive branch this week have been both acknowledged and denied by that branch of government. Apologized for and defended by the President's team. Condemned and excused by executive branch appointees.

And while this duplicitous approach seems to have now been noticed for the very first time by much of the White House press corp, in reality, we-the-people, have been putting up with this behavior since the first year of the Obama administration.

The difference now: the press is finally reporting on that their two-faced nature. So smart they should never be questioned in their assertions, but ignorant beyond degree when wrong doing takes places in their departments, offices, and White House.

John Stewart, hardly a conservative apologist by any stretch, made one of the strongest points of this last week when he observed that the last "arrow in the quiver" for the administration had been their believability and trust. The President mocked and disputed the idea that any American should ever mistrust their government--for instance--on the issue of guns being confiscated from regular citizens. Stewart followed that clip with a CBS News clip showing evening anchor Scott Pelley announcing the IRS' admission to systematically and systemically targeting what in essence amounted to groups of people that were expressly opponents of Obama policies.

But the real low-water mark this week came when journalists across the nation realized that while they had basically reported to the American people for the last six years that the President was a man of trust--they themselves discovered their phone lines, conversations, numbers dialed, tips shared, and sources outed--all in the hands of the administration.

Then came the justification memes in the news cycles. The fact that David Axelrod and Steven Miller both ended up arguing that the American government is in essence "so big" that no one can fully know what was going on "below" them only served to reinforce what millions of Americans of every political stripe already believed.

Either through malfeasance or through ignorant negligence a big centralized government will crush the freedoms, rights, and protections of the "free" individual.

The distinct problem for the administration at this point is that so many facts are being revealed, so many wrongs have been committed, and so many of them point directly to a motive that seems to address a President's ambition to be re-elected, that this President will more or less find himself on defense whether each and every act involved him or not.

The very same way the left punished President Bush for the actions of those involved in Abu Graib, even though he had nothing to do with the acts committed. Obama's scandals are in the same buildings, committed by people that meet with him or his cabinet every day, and who knew his mind, and followed his wishes.

The fact that the President, the Attorney General, and the outgoing IRS Commissioner, came out looking like tweedle dee, and tweedle dumb and dumber--while openly admitting to nothing, but saying they had perfectly good motives for all of it, points to one very big problem for them.

The administration has crafted an environment where hubris in wrong doing has become their altered reality.

As the whistleblowers line up, there will not be enough cover for everyone, and low level resignations will not cut it.

I've believed it since his days in the Illinois Senate, President Obama is a more strident purist in his leftist agenda for America than Bill Clinton ever was. But Clinton was the more clever operative. The Obama team's consistent chorus of, "Uh... I don't know... I only saw what was on the tee-vee," has already lost its shine.

We are about to see one of the ugliest chapters in elective politics, and the administration has only itself to thank for it.