A Time for Choosing “Local Choice” Has Arrived 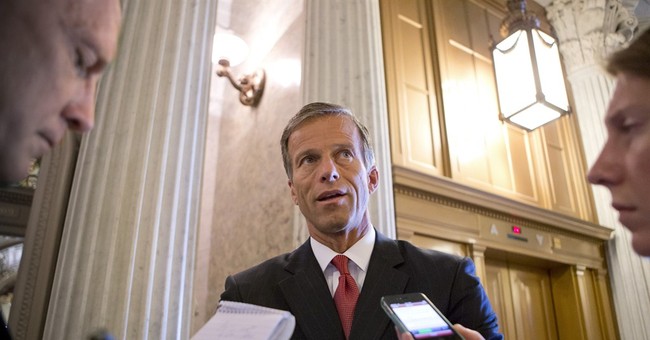 News and entertainment are central to our lives, but public policy and legislation relating to television programming access can be confusing. Broadcast, cable and satellite TV issues are full of intimidating acronyms and baffling terminology. And most consumers have no idea that Washington’s power elites are mucking around inside their television sets.

Following the bouncing ball of technical details and micro-policies is bewildering, but the need for reform is clear and essential legislation is finally making its way through Congress. American consumers are paying more than necessary for viewing services because of an outmoded legislative framework governing the broadcast and cable industries. TV regulations are still based on the 1992 Cable Act, passed when “apple” was primarily still a fruit. Much has changed in twenty-two years, except the regime providing access to television shows.

The Cable Act was opposed at the time by many Republicans as hostile to free markets, and President George H.W. Bush vetoed it (Congress overrode that veto). Promoters claimed the law afforded more programming at a time when cable companies were leading the industry with new technologies, and would protect the broadcasters who were not yet as technologically agile.

In a word, the law over-regulated an industry which should have been allowed to flourish naturally.

It created market restrictions called “retrans fees,” “must carry,” and “carriage fees” and led to the current hot Senate debate over STELA (Satellite Television Extension and Localism Act.) These terms confuse consumers—and politicians. But reform terms such as “competitive and less expensive” do not.

Broadcasters such as ABC, CBS, NBC and Fox are empowered by the Cable Act to give or deny content to Pay-TV providers to “retransmit” programming. They use retransmission fees to generate revenue and also bundle programming, forcing consumers wanting to watch Showtime, for example, to also pay for The Movie Channel. In five years, consumer retransmission fees have increased nearly 400 percent and in the next five years, we will be paying about $25 billion.

The battle for reform now sits with the Senate Commerce Committee. The bipartisan “Local Choice” reform proposal, promoted by Senators John Thune (R-SD) and John Rockefeller (D-WV), is a critical first step in returning fairness and competition to providers while lowering costs for viewers. Government gives public access to network broadcasters—meaning they should be free on your TV. Yet broadcasters currently require cable providers (i.e., customers) to pay for network programming—something Local Choice would end.

Local Choice also would create greater transparency and flexibility so consumers can see what they are paying for and drop or add local television programming more freely.

Instead of honest debate, there have been several instances of dirty tricks from the broadcasting quarter favored by the status quo. One way broadcasters manipulate Pay-TV providers is “the blackout.” While Pay-TV providers complain their customers are paying broadcast companies for free programming, broadcasters can make networks go dark in a particular area.

For example, on September 1, 2014, Raycom Media caused CBS and NBC to blackout on DirectTV in numerous markets including New Orleans, Louisville and Memphis after DirectTV balked at charging customers for what government deemed free. Pay-TV providers (such as DirectTV) are banned from blocking local channels—but broadcasters are not, and have increased the number of viewer blackouts ten fold in recent years.

In 2009, the National Association of Broadcasters awarded Raycom CEO Paul McTear with a prestigious Television Leadership Award. Ironically, Raycom perhaps saw this as an opportunity to lead the industry in blocking free signals to other companies’ customers.

In recent weeks, news stories have circulated that several CBS radio stations—located in districts that house Senators on the Commerce Committee—blocked pro-Local Choice advertisements while running anti-Local Choice ads created by the NAB. Washington is a big poker game. If you have to cheat to win, what does that say about your hand?

Republicans and their constituents may need to do homework on current policy and its lingo but should be working together toward reform. There is support from a large coalition in the free-market public policy community; many organizations have endorsed open competition, de-regulation and consumer-friendly industry reforms.

In an environment where everyone knows it’s time for change, and with streamers like Netflix and Hulu nipping at their heels, one of the broadcasters’ main goals is to block legislation that could force them to adapt their business model and become more competitive.

That is their choice, just as Local Choice should be ours.