Kent Johnson
|
Posted: Aug 16, 2017 12:48 PM
Share   Tweet
The opinions expressed by columnists are their own and do not necessarily represent the views of Townhall.com. 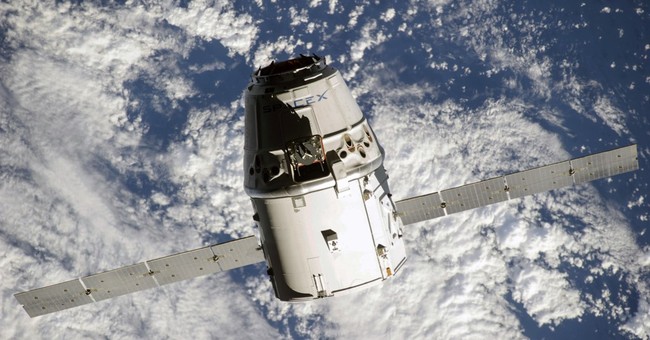 Congress seems intent on playing with fire – literally.  For more than 20 years, the United States and Russia have cooperated in fundamental ways, well beyond keeping ICBMs safely tucked in their respective silos.  The two countries have, in particular, cooperated in space access.   At the last minute, Congress wisely preserved this cooperation in June.  This type of cooperation should be the norm, not the exception.

As Congress vented its collective spleen with anti-Russia sanctions before recess, some members showed unusual foresight.  They assessed the danger inherent in completely alienating Russia, and specific dangers associated with cutting off US access to Russian-made RD-180 rocket engines.  In an uncommon act of courage, Congress defaulted to rationality over runaway politics.

As one space commentator noted: “American spaceflight just dodged a bullet …Senators passed an amendment to the Iran-Russia sanctions bill that, if gone unchecked, would have barred both NASA and private outfits from using Russian rocket engines.”

Explaining this impact, the expert put a fine point on this near miss: “The original measure was supposed to prevent purchases from organizations that work with Russian defense and intelligence, but it would have effectively banned imports of the common, and necessary, RD-180 engine … and RD-181.”

The effect of that potential error? One practical consequence of Congress cutting off all American access to those two Russian-made engines would have been the near-amputation of America’s heavy launch capability, thereby, our access to space would be clipped and national security imperiled.

With no credible “heavy lift” launch capacity in the offing, America would have been forced – by our own Congress to either abandon a flawless and long-proven combination of Atlas V rockets and RD-180 engines, used to lift heavy payloads to outer orbits, or resort to using costly and unreliable Delta IV rockets.  Delta IVs are at least three to five times as expensive, and only infrequently available.

Limiting our heavy launch capability to Delta IV rockets would be a classic example of a self-inflicted wound, an unforced error by a Congress that seems intent on acting decisively on matters requiring further thought, and acting indecisively on matters of established national consensus.

Thus, while we still await reversal of oppressive Obamacare burdens and working towards meaningful tax relief, we nearly lost the ability to put into deep space (the ultimate high ground) intelligence assets and commercial launch capability on which our Nation – and all Americans – depend.

In short, Congress needs to re-look the way we think about Russia, keeping in mind the complexity and history of US-Russian cooperation in an unsettled, easily riled, and ultimately dangerous world.

At present, the US and Russia conduct in excess of 20 billion dollars in annual trade, share a depth of security, economic, social and cultural ties that it would be inadvisable – and mutually damaging – to suddenly cut.

Perhaps most notably, the two countries share an interest in keeping the world safe, sensible and predictable – which cooperation in space, mutual support for satellite launches, and access to RD-180 rocket engines support.  At the last minute, Congress got it –and the President signed the amended bill.  More forethought and greater attention to rationality might make for a better norm – and safer future.

Kent Johnson, a former F-15 Strike Eagle and A-10 Warthog fighter pilot, was a former political-military adviser on the staff of the Secretary of the Air Force (International Affairs), fellow of the Royal Aeronautical Society, and senior adviser to the Royal Air Force think tank. He is an adjunct at North Central Texas College specializing in defense studies.