Truth and Consequences – A Senate Clash

Kent Johnson
|
Posted: Feb 24, 2016 12:01 AM
Share   Tweet
The opinions expressed by columnists are their own and do not necessarily represent the views of Townhall.com. 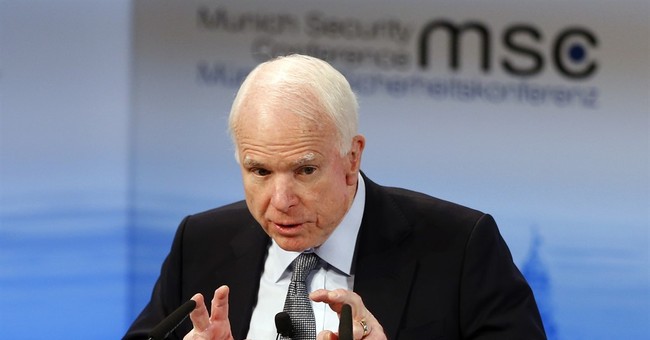 In Washington, as across the wider world, there is a truism: You cannot hide a candle under a basket.  Eventually, the truth will emerge.  In effect, like the old television show, Senators must come to grip with the timeless link – truth and consequence.  Never was that link more boldly public than last month.  Two Senators with strong interests in national security and space exchanged blows, arguing about truth and consequences.  In the end, one of them looked “out of sync,” not aligned with the prevailing state of the world.  While hard to say, these moments are intriguing.

On January 27th, Senator McCain held a pointed, slightly antagonistic hearing entitled “Military Space Launch and theUseofRussian-Made Rocket Engines.”  This would usually be of only passing interest.  Except that the hearing was like a rock being thrown up and through America’s windows in space.  The Senator hit both Air ForceSecretary DeborahLee James andDefenseDepartmentUndersecretaryforAcquisition FrankKendall – hard.  He then turned on colleagues who voted for a provision in December preserving access to space with Russian rocket engines.

During the one-issue hearing, which lasted an hour and a half, the Senator attacked the makers and users of the RD-180 rocket engines, as well as the longstanding strategy surrounding U.S.-Russian cooperation in space.  That strategy includes getting American astronauts to the space station on Russian rockets, until Americans can do so on our own again.  The hearing devolved into seemingly unrelated arguments, some tied to the Russian economy, some to the American economy, and some blurring of connections between organizations and people.

While innocent mistakes can be made and forgotten, this hearing seemed something more than a misfire.  It was theater – for someone.  But for who?  It seemed focused intently on the Air Force, other colleagues in the national security community, and even other members of Congress.  There was the air of a bully session, or a signal being sent.

Then came the rejoinder from a Senate colleague, clarifying facts that appear intended to set the record straight.  Effectively calling out McCain for factual errors, Senator Shelby pointedly handed his Arizona colleague a yellow card.  In effect, Shelby seems to be saying:  Whatever your agenda, the U.S. Senate and American people, Air Force, Intelligence leaders, and Department of Defense, disagree with you.

In point of fact, Shelby wrote that McCain’s claims were either unsubstantiated, out of proportion or inaccurate.  He accused McCain of lofting a foil, arguing that the rocket engines had little impact on trade with Russia, since “reality” was that they were less than half of one percent of trade with Russia.  Since they helped American national security, what was the point?  The foreign currency link seemed minimal.

Shelby then argued that there was nothing wrong with legislation passed in December to assure national security access to space by preserving US access to Russian engine technology.  Again, he seemed to be saying, what is up here?  What is your agenda?   Then, he laid out a series of quotes.  They were from high ranking American leaders.  In short, they suggested that the head of America’s intelligence community, head of the Air Force and head of the Defense Department all see a “gap” in America’s ability to get critical assets to orbit without the Russian heavy-lift capacity – that is, access to the Russian engines.  The strongest quote was from the Secretary of Defense, who said bluntly: “We can’t afford to have a gap because we need to be able to launch national security satellites.”

The stark contrast – and sudden rush to a very personal hearing, pushing to reverse legislation obviously intended to preserve American security access to space, and roar back of facts that upended the hearing – is certainly odd.  Then again, perhaps it is just that.  So often in Washington, we do not see the real clash of facts.  So often, there is comity without substance, accommodation without sobering truth.  However, here, there was a clear link between truth and consequences.  The truth is that America must preserve the heavy lift capacity we have, even relying on the Russian engines, and not lose it.  The consequences – of this senatorial sword-crossing – seem to be that Senator McCain’s argument does not have much lift and if agreed to would ground essential national security assets.