What Kagan Nomination Tells Us About Obama 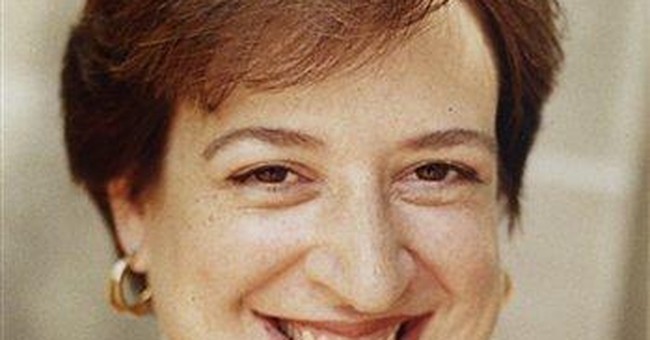 President Obama’s nomination of Solicitor General Elena Kagan reveals the kind of Supreme Court that the president wants for America. It’s one that will fulfill his far-left agenda.

But those aren’t the reasons Barack Obama picked her for the Supreme Court.

First, she has no paper trail. She’s never been a judge or had to publicly discuss her beliefs on controversial issues.

But she’s a liberal. As I explain in my new book, The Blueprint: Obama’s Plan to Subvert the Constitution and Build an Imperial Presidency, Barack Obama has a huge vetting team for judicial nominees. The only candidates he considers are people who have been vouched for by some of the president’s trusted advisors who have known her for years and have a firm grasp of her interpretation of the Constitution and what she believes the role of the courts is in our society. But Obama doesn’t even need those vetters with Elena Kagan, because she’s a personal friend of President Obama.

Her clerkships show that as well. Judge Abner Mikva was openly a far-left judge. And Justice Thurgood Marshall was the most liberal Supreme Court justice in American history, with ultra-left views on every single constitutional issue.

With Kagan, the White House gets to allow some on the left to wring their hands in contrived anxiety, saying, “Gee, she looks too moderate for me,” when the White House knows all along that she’s exactly what Obama wants.

Second, she’s very effective at building consensus. Kagan is charismatic and knows how to win people over to her way of thinking. She has a rare ability to describe liberal ideas in ways that persuade her opponents. She also engages opponents in such a way that they feel appreciated and respected. She might be able to win over moderate Justice Kennedy on a number of critical issues if she’s confirmed to the Court.

Finally, until April she was only 49 years old. A “Justice Kagan” could be on the Court for 40 years. With her, President Obama is taking full advantage of the fact that Supreme Court justices hold lifetime appointments.

In my new book, The Blueprint, my coauthor and I discuss the kind of Supreme Court that President Obama needs to advance his agenda for this country.

Obama’s announcement today underscores this. He said he’s confident that she will vote to overturn decisions like the recent Citizens United decision, where the Supreme Court upheld free-speech rights. He also highlighted the fact that she’s a woman, hinting that he’ll try to use gender to drive identity politics. He then went on to say that she has the correct view of the role of courts in our society, meaning that he’s confident she’ll use the courts to advance a political and social agenda.

President Obama needs a Supreme Court that will realize his far-left vision for America. As we show in our book, much of Obama’s agenda is unconstitutional. It cannot survive unless he creates a Supreme Court in his own image, with justices who share his vision.

It’s not at all surprising that President Obama would nominate a solid liberal to the Supreme Court. Ironically, he takes advantage of her thin paper trial to refer to her as a moderate. But make no mistake: Elena Kagan is a liberal—a brilliant, young, charismatic liberal—and President Obama picked her because he needs someone like Kagan to uphold his agenda.

If you’re an ultra-liberal president, nominating Elena Kagan is a shrewd decision. President Obama is going to demand a quick nomination, and Democrats Harry Reid and Judiciary Chairman Pat Leahy will doubtless try to ram her through to keep the Senate from thoroughly vetting her. Obama will use his strong majority in the Senate, as well as Kagan’s winning personality, to get her confirmed before the American public asks too many questions.

That’s because the majority of Americans want judicial restraint, not judicial activism. Even moderates support restrained judges, because people want to vote on things through our elected leaders, not have judges impose their personal views on us. Also, even moderates think that the Constitution should be interpreted as it is written, not have judges declare rights that are not found in the Constitution’s text while ignoring other rights that are clearly in its text.

The timing of this nomination couldn’t be better for conservatives moving into the midterm elections. America deserves a long, deliberate, careful examination of Elena Kagan, and a national discussion over what this country needs in our Supreme Court.