Change You Can Believe In 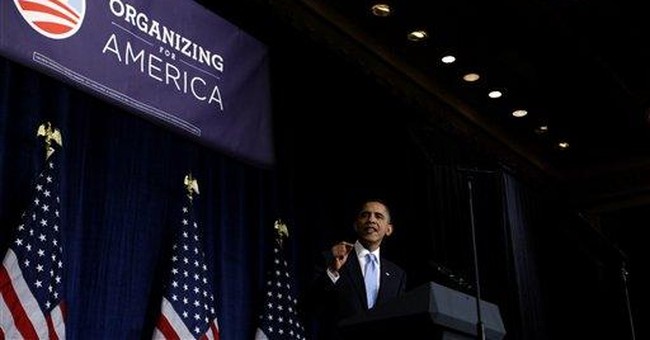 “We have met the enemy and he is us.” -Pogo Possum

On January 24, 1995, President Bill Clinton delivered his State of the Union address to a Congress that looked radically different than the body of representatives that the President faced only one year earlier. Motivated by Newt Gingrich’s Contract with America and their disdain for “HillaryCare,” the American people had catapulted the Republican party to the majority position for the first time since 1954. In his opening remarks, the President made a point to let the American people know that he had gotten the message loud and clear. With his declaration that the “era of big government” was over, President Clinton showed that he “got it”:

“If we agree on nothing else tonight, we must agree that the American people certainly voted for change in 1992 and in 1994. And as I look out at you, I know how some of you must have felt in 1992. I must say that in both years we didn’t hear America singing, we heard America shouting. And now all of us, Republicans and Democrats alike, must say: We hear you. We will work together to earn the jobs you have given us. For we are the keepers of the sacred trust, and we must be faithful to it in this new and very demanding era.”

The American people had sent a clear message to the Democrats in 1994, one that could not be ignored and could not be misinterpreted. The people were unhappy with the course of their government and were calling for change. President Clinton went on to participate in some very successful bipartisan policy initiatives including balancing the budget and reforming welfare.

Contrast Mr. Clinton’s response with President Obama’s posture in the aftermath of the recent electoral upset in Massachusetts' race that many have interpreted as a referendum on the Democrats’ health care plan and the Obama administration in general. In the face of a humiliating defeat for the Democrat party, the president seems incapable of admitting that he and his colleagues on Capitol Hill might have misinterpreted their “mandate” from the people. He appears unwilling to consider the possibility that the American people reject his brand of “change.” Instead, he has decided that his steadily declining approval rating and the historic election of a Republican in Massachusetts is a symptom of the people’s ignorance and confusion:

“After nearly a century of trying?Democratic administrations, Republican administrations?we are closer than ever to bringing more security to the lives of so many Americans. The approach we’ve taken would protect every American from the worst practices of the insurance industry. It would give small businesses and uninsured Americans a chance to choose an affordable health care plan in a competitive market. It would require every insurance plan to cover preventive care…. Still, this is a complex issue, and the longer it was debated, the more skeptical people became. I take my share of the blame for not explaining it more clearly to the American people.”

That’s right, folks. The President’s inability to explain himself clearly is the only reason we’re still discussing this whole health care reform thing. It’s not because of the nearly $1 trillion price tag, the closed-door back-room negotiations, the fuzzy math, or the constitutional infirmities inherent in the various proposals worming their way through Congress. It’s not because we have substantive, and as yet unaddressed, concerns about the treatment of the unborn, the disabled, and the elderly under a system administered by neo-Malthusians and their “comparative effectiveness” model. And it’s certainly not because we’re skeptical that the same people who have bankrupted Social Security and Medicare could run a lemonade stand, let along a full 20% of the American economy, without running it into the ground.

It’s just that we don’t “get it.” We’re just confused from too much Fox News and not enough MSNBC.

Here’s a news flash, Mr. Obama: It’s you who are confused. You have drastically underestimated the intelligence of the American voter. In the face of your big-government schemes designed to “fundamentally transform America,” the people?Democrats and Republicans alike?are recoiling in horror. If you continue to ignore the voice of the people, it’s likely that the next time you stand before our nation’s representatives to deliver a State of the Union speech you will find yourself facing a sea of newly-elected Republican faces, much as your Democratic predecessor did in 1995.

A strong majority of the American public has decided that it doesn’t want the kind of change you are trying to shove down its throat, and no amount of rhetorical flourish is going to change its mind.

BREAKING: Feds May Have 'Sufficient Evidence' to Charge Hunter Biden
Townhall
Dana Loesch isn't apologizing for using the word 'skank' in reference to the sexually promiscuous
Twitchy
Watch: Jerry Nadler Hands Republicans a Campaign Gift Ahead of November Elections
Redstate
Here's What Happened When a Concerned Mom Dressed Like Drag Queen at a School Board Meeting
PJ Media