End of Life Care Should Not End Life 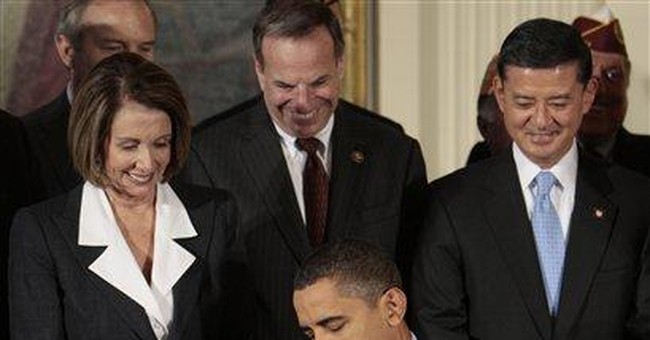 The subject of how best to honor and care for those facing death due to terminal illness or old age has always been controversial. As talk of "death panels" and "rationing" stirs debate over the government's proper role in health care, two new studies

However, those worried that a government takeover of health care will result in health care rationing in keeping with Dr. Ezekiel Emanuel's "complete lives" theory

The pivotal question is not whether difficult end-of-life decisions must sometimes be made, or whether-as the NIH studies indicate-sometimes the best decision is to forego heroic measures in favor of simply keeping a patient comfortable in his or her final days. The traditions of hospice and palliative care, for example, both work to keep dying individuals in a state of dignity and comfort without resorting to extraordinary, and ultimately futile, measures. The question is who should make these decisions.

Government-run health care has ominous implications because it supplants individual doctor-patient relationships with generalized protocols crafted by bureaucrats who have no way of accounting for the particular needs of the human beings affected by them. These protocols are often drafted with cost-cutting goals and resource management in mind-not the criteria most want at the top of the list when it comes to life and death medical care.

At many hospitals and nursing homes in the United Kingdom, for example, elderly patients deemed close to death are placed in a "care pathway"

At the other end of life's spectrum, last month a woman in England was forced to watch

In each of these situations, end-of-life decisions were made without the input of, and sometimes against the explicit wishes of, the individuals involved. These treatments are not being employed as one option among many-they are being imposed uniformly as a matter of policy.

Few would deny that some measure of reform is needed in the healthcare arena. Our country is on the threshold of a veritable Senior Tsunami; an enormous age wave is coming. As America increasingly becomes a mass geriatric society, large numbers of the elderly will soon need acute and long term care. Yet, even as the demand for medical care is increasing, Medicare funds are in short supply, and something's got to give

But if our leaders in Washington are unable or unwilling to come up with a uniquely American solution to this problem, and if the looming healthcare crisis continues to be exploited by leaders on the Left simply as a means to a greater ideological end