Don't Let Your Wants Hurt You 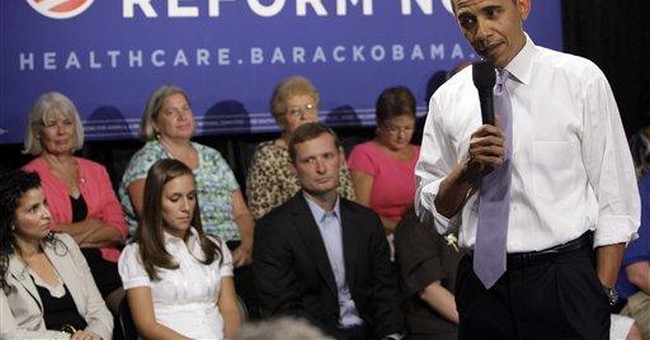 Trending
"We must not let our rulers load us with perpetual debt. We must make our election between economy and liberty or profusion and servitude. If we run into such debt, as that we must be taxed in our meat and in our drink, in our necessaries and our comforts, in our labors and our amusements, for our calling and our creeds... [we will] have no time to think, no means of calling our miss-managers to account but be glad to obtain subsistence by hiring ourselves to rivet their chains on the necks of our fellow sufferers... And this is the tendency of all human governments. A departure from principle in one instance becomes a precedent for [another]... till the bulk of society is reduced to be mere automatons of misery... And the fore-horse of this frightful team is public debt. Taxation follows that, and in its train wretchedness and oppression."
(Thomas Jefferson in a letter to Samuel Kercheval, July 12, 1816)

"The hand of the diligent shall rule, while the slothful will be put to forced labor."
(Proverbs 12:24 ESV)

With each passing year the U.S. government grows larger, expanding to accommodate an ever-lengthening list of entitlement programs, pork-barrel appropriations, and just plain wasteful spending. Through television, the internet, and what's left of print media, Americans are constantly bombarded with the message that the promise of the American dream is not only freedom from fear, but freedom from want, freedom from responsibility, and freedom from the consequences of unwise, illegal, or irresponsible actions. Add to this the childish notion that we all deserve to have everything our hearts desire, and an unflattering, dangerous picture begins to emerge.

We're no longer just talking about a chicken in every pot, but a flat-screen on every wall, a new car in every driveway, and an iPhone in every pocket. Those unable to purchase these accessories of the New American Dream the old-fashioned way—with actual money—simply whip out the credit card. And when the debt-to-income ratio becomes too much to manage and the creditors start calling, there's always debt consolidation or bankruptcy. Recent government bailouts illustrated this principle on a grand scale, as firms "too big to fail" were shielded from certain failure—kept afloat by billions of taxpayer dollars with little to no feasible mechanism for recouping the investment or guarding against future mismanagement and corruption. Not surprisingly, the average American consumer now feels that he or she is entitled to the same benefits of those too big to fail. As a result, we are increasingly unwilling to shoulder the responsibilities and commitments necessary to sustain the quality of life we demand. More and more, Americans are looking to the government to meet our wants and needs.

A simple yet brilliant strategy is at work here on the part of those that would have dependence on government increase: If someone is hurting or struggling because of their own irresponsibility, greed, or corruption—be they an individual or a multinational corporation—the best solution is for the government to throw money at the problem. This prevents systemic disruption of the consumption cycle and ensures that the recipients of Uncle Sam's largesse will return to the government trough the next time they find themselves in a bind, rather than employing the discipline, foresight, and good sense necessary to avoid catastrophe in the first place.

What the American people fail to understand is that we are well on our way to fulfilling Jefferson's bleak prophecy. The irresponsible attitude animating our personal financial lives has seeped into our electoral choices: we love our entitlements. Talk as we might about the need for fiscal responsibility on Capitol Hill, when push comes to shove, the American people seem unwilling to make the hard choices about where to cut spending. It's always the other guy's program that should get cut, always the other party's platform that is guilty of misplaced priorities. This is reflected in the public's growing demand (couched in terms of "rights," of course) for things like free health care, free child care, free prescription drugs, free college education, free vocational training... the list goes on and on.

At the same time, we cry louder than ever that we love our personal freedom. We want to do what we want, when we want, and we don't want any government bureaucrat stifling our independence. An interesting paradox is becoming painfully evident: We want the government—an entity that can only grow and consolidate power at the expense of the people's liberty—to subsidize our freewheeling lifestyle with no strings attached. We want the benefits of the free market without the risks, and the fruits of hard work without the sacrifice.

The American people must regain the ability to distinguish between wants and needs and must shed the ridiculous notion that government exists to provide either. Our Constitution—drafted by men well acquainted with the abusive capacities of a centralized government—limited the roles and responsibilities of the federal government in order to allow the principle of self-government to flourish in the new nation. Government exists to preserve and protect the sphere of civil freedom within which we can work to meet our needs and our wants. Government does not exist to provide them.

Americans must decide if we are willing to sacrifice the rich rewards of hard work and responsibility in a free society in exchange for the certain mediocrity and bondage that comes with dependence on the government.  Notwithstanding what the politicians may say as they peddle their latest legislative scheme, the American people cannot have both.