Ken Blackwell
|
Posted: Aug 21, 2020 12:01 AM
Share   Tweet
The opinions expressed by columnists are their own and do not necessarily represent the views of Townhall.com. 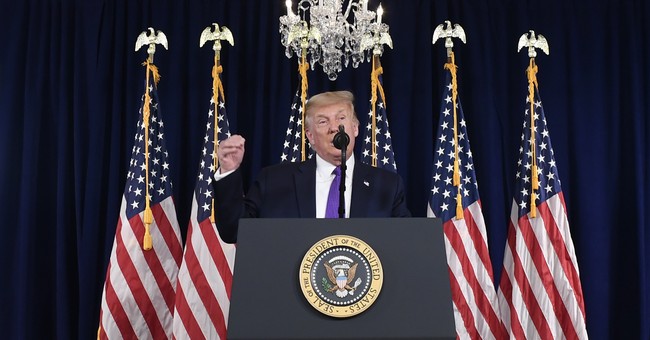 President Donald J. Trump has delivered on his promise to make concrete, measurable accomplishments in the creation of opportunities for, and empowering improvements in, the quality of life of black Americans.

He didn't just engage in election year rhetoric, talking the talk but doing nothing. President Trump walked the walk and delivered.

Let's look at a list of major promises he made and kept:

·The Trump Administration prioritized minority communities in its coronavirus response.

President Trump has delivered on his commitments because he believes in our ability to progress, toward a "more perfect union," in our nation's 244th year as a constitutional republic. He understands that in those periods of our nation's history when there has been an unleashing of American enterprise, innovation, and growth that we truly become an Opportunity Society. No president has ever inspired an economy as strong as that which we had prior to the pandemic. He deserves a second term to finish the job!

Early in my childhood my family lived in the Laurel Homes, our city's first major public housing community. I later became the city's mayor. For me, my family, not the state, was an incubator of liberty and intellectual development. At a time when too many of our central cities have become killing fields,

The President deserves a second term to build more fields of dreams!

Ken Blackwell, a native of Cincinnati whose public service included terms as mayor, vice mayor and council member. He was the U.S. ambassador to the United Nations Commission on Human Rights for President George H.W. Bush.