Equal Accountability Needed for All Firms Listed on U.S. Exchanges

Ken Blackwell
|
Posted: Jul 27, 2020 3:00 PM
Share   Tweet
The opinions expressed by columnists are their own and do not necessarily represent the views of Townhall.com. 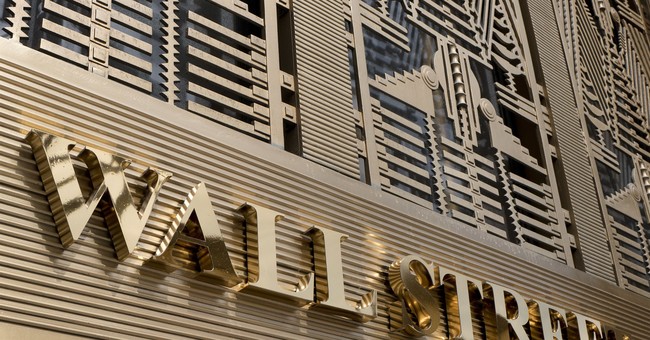 In 2001, Enron, then one of the most admired companies in the United States, collapsed in scandal and bankruptcy. Questions began emerging a year earlier regarding the energy giant’s accounting practices after investors, analysts, and reporters became concerned by Enron’s massive amount of debt. In the years following, details came to light about the lengths to which Enron’s leadership went to cover up losses and maintain an artificially high stock price. When the dust had finally settled, 20 people were convicted of crimes for their actions, Enron’s stock was worthless, and thousands lost their pensions. Arthur Andersen, previously a “Big Five” accounting firm, surrendered its CPA license and 85,000 of its employees no longer had jobs.

The Enron scandal, a fixture of business school case studies to this day, led to the Sarbanes-Oxley Act, which established the Public Company Accounting Oversight Board and resulted in the development of today’s standards for audit reports in the hopes of protecting the public from fraudulent accounting to inflate corporate value.

Sarbanes-Oxley has been powerless, however, to regulate Chinese companies listed on American stock exchanges. These companies, which together are valued at more than $1.2 trillion, are protected by Beijing’s policy barring foreign entities from auditing Chinese corporations. The Chinese law mandates that company records must stay in China, prohibiting any major international accounting firm from properly examining Chinese businesses. The Chinese government invokes state security law and claims that external audits would compromise state secrets.

In late June, Luckin Coffee, a Chinese company which debuted on the NASDAQ last year, was officially delisted after reports that it had falsified financial figures. Inflated sales numbers were a major factor in Luckin’s perceived value, which peaked at $12 billion.

The Luckin saga highlights the importance of standardized oversight of publicly traded corporations. The Holding Foreign Companies Accountable Act (HFCAA), which passed the Senate in May, would de-list companies that do not comply with standard auditing procedure. This is a step in the right direction towards leveling the playing field.

As of June 1, 175 U.S.-listed companies based in mainland China deny the PCAOB the ability to conduct audit inspections. These corporations are essentially playing a game of poker in which they do not have to show their cards to win the pot (investors' money). Shareholders have no way of knowing if Chinese companies are as solvent as they claim as long as PCAOB-affiliated auditors cannot verify the numbers these companies release.  As a result, Chinese companies can, through some creative accounting, present themselves as much more attractive investments than they actually are. Luckin, for example, raised $500 million from Wall Street before it was exposed as fraud.

As long as we do not hold these companies to the same standards to which we hold our own, anyone who looks to the American exchanges for investments is exposed to the risk that they have been misled by unverified financials.

Congress has the power to hold Chinese companies accountable so long as one thing remains true: China needs Wall Street more than Wall Street needs China. It is true that the People’s Republic represents trillions of dollars in untapped potential, but Wall Street did not need China to make it to the top of the financial food chain. China, however, cannot afford to lose out on the two largest exchanges in the world, which see more trading volume than the next seven put together. The aggressive economic expansion which has dominated Chinese policy for decades requires capital, and New York is still the best place to find it.

The United States learned a harsh lesson from Enron, but Luckin has exposed a glaring shortfall of our response. It is time for Congress to send a message to China: You’re playing by our rules now.

Ken Blackwell is the former State Treasurer of Ohio and an advisory board member of the Institute for Pension Fund Integrity.