Stimulate Job Growth, Not the Printing Press, In Next COVID Relief Package

Ken Blackwell
|
Posted: Jul 13, 2020 10:25 AM
Share   Tweet
The opinions expressed by columnists are their own and do not necessarily represent the views of Townhall.com. 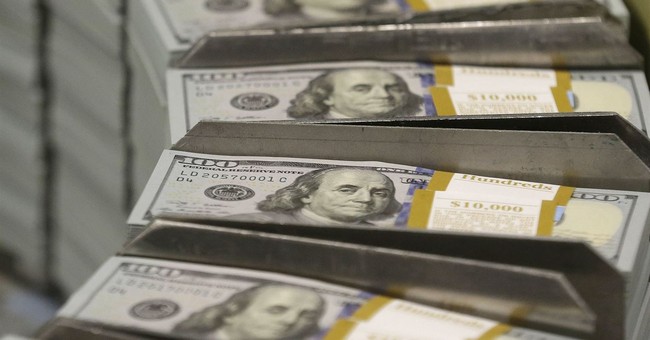 U.S. Treasury Secretary Steve Mnuchin, Majority Leader Mitch McConnell (R-Ky.), and the rest of the U.S. Senate are working on a new COVID relief bill the legislative branch will consider in July. Which raises the question: what should the new plan look like?

While the House-passed HEROES Act authorized another round of $1,200 stimulus checks, last week, many Republicans – including ones that previously championed the idea in the CARES Act, like Sen. Mitt Romney (R-Utah) – have already expressed their disapproval. And for good reason.

The term “stimulus checks” is a bit of a misnomer. Stimulus is supposed to encourage production and generate new income, but printing dollars to create free income from the Treasury Department does the opposite. In many cases exceeding standard take-home pays, these checks do nothing other than embolden the status quo by redistributing wealth and discouraging the citizenry from going back to work.

The federal budget deficit has already hit an astounding $1.8 trillion in the first half of this year, compared to just $984 billion for all of 2019. This reckless fiscal path is unsustainable and will ultimately benefit no one. Rather than spend more money we don’t have, the Treasury and Congress should enact real stimulus in the next round of COVID relief. That means shelving the printing press and pushing forward pro-growth policies that improve business conditions, accelerate job development, and increase consumer demand.

Instead of handing out checks, the federal government should allow business owners and workers to hold onto more of the money they already have. Implementing a payroll tax holiday through the end of the year represents an ideal place to start.

Currently, this Social Security and Medicare tax takes roughly 7.5 percent from a worker’s paycheck, with another 7.5 percent paid by employers. Suspending it until 2021 will make immediate cuts to small business’ overhead costs, allowing them to hire more workers and get their operations back on more stable grounds. The payroll tax holiday will bring significantly more opportunity to the one in four people who find themselves on the unemployment line today. By fattening the paychecks of all 150 million U.S. workers, it will also increase economic activity by shoring up demand for goods and services.

While lowering the American people’s tax liabilities will help drive more consumer spending and business growth, lingering health concerns among the public will still remain an obstacle to the circulation of this money throughout the economy. Congress and the White House must also address this issue for consumers and businesses to reap a payroll tax holiday’s full benefits.

In letters to the executive branch, nearly three-quarters of the U.S. Senate and a sizable majority of the House have already expressed their support for fast forwarding government advertising spending during this pandemic. This would help significantly in resolving the current consumer confidence problem throughout the economy, and best yet, it wouldn’t add a cent to the deficit. Historically, advertising has always been one of the leading drivers of economic growth during recessions. Research has shown that every $1 of spending generates $19 in economic activity, but in a pandemic-plagued economy, the informational value of advertising should make the resulting return on investment even greater.

The American people need real solutions, not more Band-Aid measures. Another round of broad-based stimulus spending won’t create economic prosperity; it will prolong the current mediocre state of affairs. By lowering government impediments to job growth and employment and enacting laissez-faire policies that increase consumer demand, Congress and the White House won’t receive the same degree of short-term accolades from the public as they would from sending out more direct payments to individuals. However, choosing to enact thoughtful policy-based reforms over more ballooning of the deficit will cement their legacies as the COVID economic doctors in the months and years ahead.