Ken Blackwell
|
Posted: Oct 24, 2019 12:01 AM
Share   Tweet
The opinions expressed by columnists are their own and do not necessarily represent the views of Townhall.com. 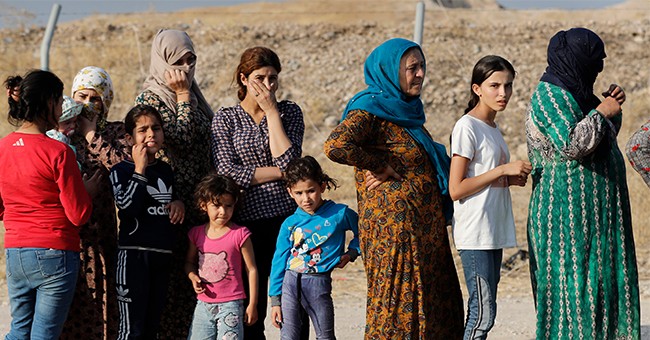 Editor’s Note: This column was coauthored by David L. Phillips.

Turkey’s President Tayyip Erdogan has threatened to “cleanse” northern Syria of Kurds. Though the term “ethnic cleansing” originated during the Bosnian War in the 1990s, genocide and ethnic cleansing are functionally interchangeable. Both are crimes against humanity to which the U.S. must be adamantly opposed.

The term “genocide” was coined by Raphael Lemkin in 1943 who explained, "I became interested in genocide because it happened so many times. It happened to the Armenians, then after the Armenians, Hitler took action." Genocide was the legal basis of the Nuremberg Trials, which prosecuted Nazi war criminals. The Convention on the Prevention and Punishment of Genocide, adopted in 1948, requires states to intervene, whereas ethnic cleansing has no explicit or implied legal obligation.

The Convention on the Prevention and Punishment of the Crime of Genocide outlines acts that constitute genocide if they are done “with the intent to destroy an ethnic, national, racial or religious group.” These include: - Killing members of the group._ Causing serious bodily or mental harm.

“Ethnic cleansing” is a complementary term first used by the Bosnian Serb leader, Radovan Karadzic, to characterize Serbia’s treatment of Muslims and non-Serbs during the break-up of Yugoslavia in the 1990s. It may seem like a more benign and antiseptic term, but genocide and ethnic cleansing both describe crimes against humanity.

As U.S. officials, and in our private capacities, we struggled to prevent ethnic cleansing by Serbs in Bosnia. We applauded in 1995 when the United States went to war to stop ethnic cleansing in Bosnia and, in 1999, U.S. forces intervened to prevent what happened in Bosnia from happening in Kosovo. In both instances, we championed the rights of Muslims. We were proud that the U.S. went to war to defend defenseless victims.

In 1998, we visited Southeast Turkey to document the systematic killing and displacement of ethnic Kurds. Turkey cited counter-terrorism to justify its crimes, which resulted in the deaths of 40,000 people and the displacement of millions. We testified to the UN Human Rights Commission on Turkey’s abuses.

Today, Turkey is practicing genocide again. Turkish troops and their jihadist mercenaries invaded northern Syria in October 2019. Erdogan vowed to “clear” the Kurds from the border area. Clear is a euphemism for cleanse, which is another way of saying genocide.

President Trump’s turning a blind eye to Erdogan’s murderous action against a U.S. ally who joined our fight against ISIS is a problem. The president said the Turks needed a swath of Syria to be “cleaned out” of Kurds -- this will be seen by many as an endorsement of ethnic cleansing. Regardless of the language or legal semantics, the U.S. should always oppose genocide and ethnic cleansing.

The U.S. has historically tried to be a force for good in the world. We opposed Hitler’s genocide. Bombed the Serbs to prevent ethnic cleansing in Bosnia and Kosovo. Launched the Gulf War to keep Saddam Hussein from using chemical weapons.

By allowing ethnic cleansing to remove the Kurds from northern Syria, the U.S. may be seen as an accomplice to Erdogan’s war crimes. The U.S. must oppose genocide in all its forms and in whatever name.

J. Kenneth Blackwell is the former U.S. Ambassador to the United Nations Human Rights Commission. David L. Phillips is Director of Columbia University’s Program on Peace-building and Rights. He served as a senior adviser and foreign affairs experts at the State Department during the administrations of President Clinton, Bush, and Obama.