Abortion and the Presidential Front-Runners

Ken Blackwell
|
Posted: Apr 18, 2016 11:58 AM
Share   Tweet
The opinions expressed by columnists are their own and do not necessarily represent the views of Townhall.com. 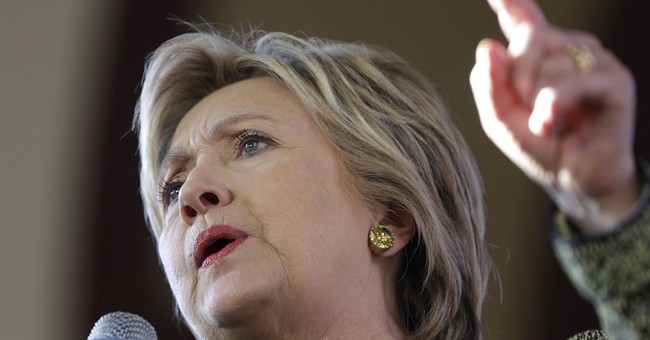 The recent Wisconsin primary was a serious setback for the front-runners of both parties. Donald Trump’s momentum toward the 1,237 delegates needed for the Republican nomination was slowed by Ted Cruz’s victory, and Hillary Clinton lost yet again to Bernie Sanders, who’s won seven of the last eight contests.

Trump’s loss is particularly striking because Wisconsin includes many of the white working-class voters who have flocked to him in earlier contests. But his inability to speak coherently or authoritatively on issues outside of his supposed areas of expertise—the economy and the Great Wall of Trump—may finally be catching up to him.

Trump’s infamous statements about abortion last week--when he told Chris Mathews that women who had abortions should be punished--are the most glaring examples of his shallow understanding of policy. To say that this is going rogue from the Pro-Life position would be an understatement, so his campaign team quickly clarified that the candidate believes doctors who perform abortions should be punished. But by the end of the week, Trump was saying that “the laws are set. And I think we have to leave it that way”—an effectively pro-choice position.

Not even Trump seems to know what he thinks about abortion, so it’s no wonder that evangelical Christians seem to have grown disillusioned with his candidacy. CNN’s exit polling from Wisconsin shows that that Cruz won 55% of this important demographic and Trump just 34%. That’s a marked change since February’s South Carolina primary, when Trump won 33% of voters identifying as evangelical or born-again to Cruz’s 27%.

Meanwhile, in the days before losing her own Wisconsin primary battle, Clinton also caused controversy with remarks about abortion. When Chuck Todd asked whether or when “an unborn child [has] constitutional rights,” Clinton explained that “under our laws currently, that is not something that exists. The unborn person doesn’t have constitutional rights.”

Give Clinton credit for being right about this much: current law does not acknowledge the rights of the unborn, which is why Trump’s claim that he wouldn’t change the laws should worry any of his remaining pro-life supporters. But Clinton unwittingly expressed a pro-life premise: abortion terminates an “unborn person.” Not a fetus. Not a clump of cells. An unborn person.

The same pro-choice groups that were up-in-arms over Trump’s comments earlier in the week were suddenly attacking the presumptive Democratic nominee. A Planned Parenthood executive in Illinois criticized the candidate for “further stigmatiz[ing] abortion.”

No wonder Hillary lies so often—when she tells the truth, her own supporters turn on her.

The response to her accidental honesty makes clear that, contrary to stereotypes, the Democratic position on abortion is the extreme one. This is a conclusion confirmed by a recent poll commissioned by the Knights of Columbus and conducted by the widely respected Marist College (which conducts the NBC/Wall Street Journal and McClatchy surveys) about Americans’ attitudes toward abortion, which found that 81% of Americans believe “there should be significant restrictions and safeguards associated with the procedure including limits to within the first three months of pregnancy.” Remarkably, even two-thirds of pro-choice respondents agreed that in the first three months of a pregnancy, abortion should be “allowed only in cases of rape, incest, or to save the life of the mother, or never permitted.” Finally, the poll found that “68% of Americans, including 69% of women and 51% of pro-choice supporters, oppose the use of public funds for abortion services.”

Yet Democrats stand firm in their support for public-funding of Planned Parenthood, which has performed 651,652 abortions over the past two years, and which harvests and traffics organs of its unborn victims. Democrats resist restrictions of even late-term abortions. And if a Democratic candidate says anything—or a Doritos commercial makes a joke—that implies the personhood of an unborn child, Planned Parenthood calls them back into line.

Ultimately, there’s an important difference between what Trump and Clinton said about abortion. Trump showed his ignorance by endorsing a policy that pro-life leaders have never supported; Clinton said something most Americans believe, but which the pro-choice absolutists of the Democratic party will never acknowledge.

Now you tell me who the extremists are.