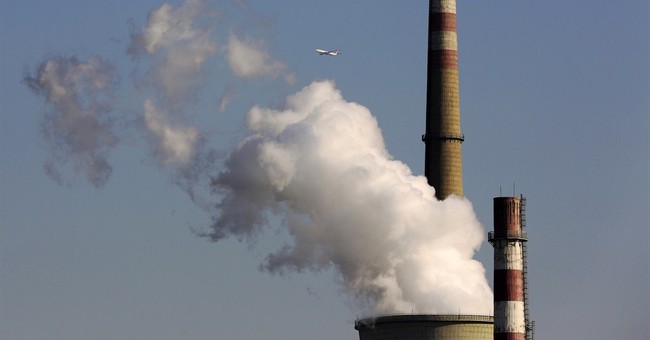 Will the next presidential election be won by a lie?

Truth has long since been replaced by “narratives” on the American left. Rather than discuss genuine issues and objective facts, progressives prefer to make up a politically effective story. It doesn’t matter whether the story is false, as long as it sways the public’s emotions and wins the day. The ends justify the means.

This “lying game” strategy often shows up in politically sensitive scientific debates. In honor of Earth Week, let’s look at one of the patron saints of environmentalism, Rachel Carson. Carson wanted to eliminate DDT, the most effective pesticide for fighting one of the greatest plagues faced by humanity, malaria, because it was weakening the shells of bird’s eggs. So Carson falsified data to convince the public that DDT was carcinogenic. Carson brought about a global ban on DDT, probably saving a few birds, but at the cost of allowing malaria to blind or kill millions of people in the Third World. Carson may not have set out to kill people, but only Mao, Stalin and Hitler are responsible for more deaths during the twentieth century. Yet instead of condemning her, we name schools after her.

Another false environmentalist narrative is the global warming hoax. A few decades back, environmentalist “scientists” started devising computer models that predicted manmade calamity – Manhattan submerged by rising Atlantic waters – within, oh, 10 or 15 years ago. Turns out the models were rigged, the data were falsified, and in fact there has been no measurable warming for nearly 20 years. Most troubling of all, the lying scientists colluded to ruin the careers of honest scientists who tried to tell the truth.

Many other examples could be cited, ranging from the war on fracking to the fetus being just a “clump of cells” to denying the abortion/breast cancer link to the sexual revolution itself, which was triggered by the fraudulent research of Alfred Kinsey. In fact, it’s difficult to come up with a progressive scientific cause that isn’t founded on lies.

It’s in politics, however, that the lying game reaches its fullest bloom. The Michael Brown narrative, hyped by the media and exploited by race hustlers to infuriate black voters, turned out to be a lie. Likewise the supposed campus rape epidemic, in which gang rapes by fraternity boys and lacrosse players turned out to be figments of feminists’ imagination. Over the past few years, there has been a series of highly publicized incidents in which instances of victimization turned out to have been committed by the victims themselves.

The American left has come to condone and accept untruth as an appropriate way to conduct their affairs. They are abetted by a media that actively covers up their scandals, while exaggerating the faults of their opposition.

Often, the liberal media use euphemisms to put their spin on events. A case in point is CNN commentator Marc Lamont Hill of the Huffington Post urging viewers on Monday night to view the mass violence in Baltimore as “not a riot” but “uprisings” of African-Americans who have been “dying in the streets for months, years, decades, centuries” because of “police terrorism.” Later, he added incongruently, “I think we should be strategic in how we riot.”

Political campaigns have always been infested by lies, but in recent years entire campaigns have been founded on artfully crafted lies. We’ve witnessed candidate after candidate campaign on, and often win on, deliberate lies about their backgrounds, their values, and what they plan to do in office. In the minds of these candidates, the ends – political power – justify the means.

A preacher recently observed in a sermon about lying that “accepting the notion that the ends justify the means leads to a climate where lying becomes the norm.” According to sociologist Robert Nisbet, “What sociologists are prone to call social disintegration is really nothing more than the spectacle of a rising number of individuals playing fast and loose with other individuals in relationships of trust and responsibility.” Our culture’s embrace of lying indicates moral breakdown on a profound level, in which people have begun to satisfy their selfish impulses without regard for the consequences inflicted on others.

Can any society hang together in such an amoral climate?

In the next election, America needs to choose a leader of integrity who can be trusted to stand against our nation’s moral decline and social disintegration.

The Bible warns us, “When the righteous are in authority, the people rejoice; but when a wicked man rules, the people groan.” (Proverbs 29:2) In 2016, will Americans choose a righteous leader, or will we be seduced by a liar spinning a false narrative? If we allow ourselves to be seduced again, we can expect our groaning to continue for at least four more years.