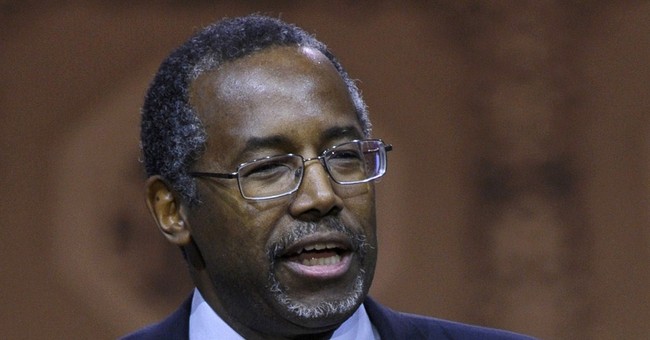 Trending
Editors' note: this column was co-authored by Bob Morrison.

The Southern Poverty Law Center (SPLC) has taken Dr. Ben Carson’s name off their “list” of extremists. Isn’t that charitable? The idea that SPLC gets to sit in its comfortable offices and make lists of Americans to smear ought to be offensive. Liberals are forever re-living the horrors of Joe McCarthy’s “list-making,” but seem to have little problem with SPLC. Maybe that acronym for that outfit, SPLC, should stand for “Smearing Pro-Life Christians.”

Dr. Carson is the very kind of person for whom SPLC was founded, or claims to have been founded. They originally wanted to Southerners who were black and poor and constantly being intimidated and harassed by the Ku Klux Klan. There’s no argument with defending those fellow Americans whose rights are being threatened by terrorists.

But over the years—like liberalism itself—SPLC has seen what some in the foreign policy realm call “mission creep.” Or might it be termed a creepy mission. Now, anyone who dissents from the liberal social agenda is in danger of being put on SPLC’s list of “extremists.”

Our organization, Family Research Council, knows what it’s like to be so targeted. We believe what Rev. Dr. Martin Luther King, Jr., believed, and what his great preacher father, Dr. Martin Luther King, Sr.—the famed “Daddy King”—believed. Namely, that everyone deserves a birth day, that brides should marry grooms, and that America is-- and should remain-- one nation under God with liberty and justice for all.

Sharing those beliefs with others got us placed on SPLC’s “Hate Map” of Washington, D.C. And being placed on that Hate Map made us a target in 2012 for Floyd Lee Corkins, Jr. Corkins entered our office with a backpack full of Chick-fil-A sandwiches (day old), a pistol, and dozens of bullets. He was prepared to shoot us all because, as he confessed, SPLC’s Hate Map told him where he might find us.

Corkins was stopped only by the heroism of Leo Johnson. Mr. Johnson, our director of security, was unarmed. Undaunted, he risked his life by grappling with the assailant. Corkins shot Mr. Johnson in the arm. Though grievously wounded, Leo Johnson nonetheless disarmed Corkins. No jury would have convicted him had he used Corkins’ weapon to end Corkins’ life.

All over our country, Christians who protest the killing of unborn children, who defend marriage as the union of one man and one woman, and who uphold the liberty of conscience are being similarly targeted and called “haters.” If Leo Johnson had been a hater, he could have killed Floyd Lee Corkins with impunity.

Dr. Carson is just the latest to feel the sting of their false and defamatory “hate” label. Consider this: Dr. Carson was born and raised on the mean streets of Detroit. His single mother made Ben and his little brother write weekly book reports. She couldn’t even read them, but she did everything she could to keep her boys out of the gangs.

When Dr. Ben Carson became a world-famous brain surgeon, he once operated on conjoined twins in South Africa. Hours and hours into the dangerous and exhausting operation, he went outside the surgical theater for the briefest of breaks—and he prayed. He returned to the theater, successfully made the critical cut, and heard Handel’s “Hallelujah Chorus” over the operating theater’s music system!

This is a story every American child should know. This is an example of God still sheds His Grace on us. This would even have been a great story for the President to tell at the national Prayer Breakfast.

Now, we need to defend Christians—including minorities who seem to be especially targeted—who are threatened by SPLC’s propaganda. They have given Dr. Carson a reprieve, not a pardon. Their weak apology leaves open the door to another slanderous charge if he continues to speak the truth. Even if he speaks it in love.

We stand with Dr. Ben Carson when he stands for Christian truth. And, in the words of a marching song SPLC ought to remember: We shall not be moved.